Stella's Will Open a Second Location in Charleston

Richmonders no longer will be the only fortunate ones. 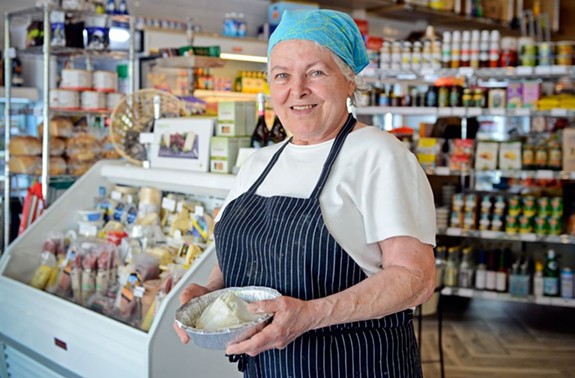 The Giavos-Dikos family is working with longtime friend Steven Niketas. Johnny and Katrina Giavos met the Charleston native 25 years ago and began to start seriously talking about a partnership over the last two months.

The new Stella’s will open in the space now occupied by Niketas’ restaurant, the Westendorff -- a sister to Mosaic restaurant in Richmond and its Mosaic Catering + Events, which also operates in Charleston. The Post and Courier’s Hanna Raskin broke the news.

“‘I’m excited about the opportunity, even though I feel like we’ve had a great run,’ says Niketas,” Raskin wrote. “In July 2015 [he] opened the Westendorff after painstakingly restoring the former Westendorff Hardware & Son structure.” He plans to close the restaurant Oct. 16. Stella’s is scheduled to open in spring 2017.

“The space is so beautiful,” says Constantine Giavos, who will design the restaurant’s interior, as he did in Richmond, “and the building is so charming.” He says there’s little to do except bring the rustic-modern feel of Richmond’s Stella’s to the new city.

“It’s a great fit for us down there,” he says. “There aren’t really any other Greek restaurants like Stella’s.”

The branding from Richmond will travel to South Carolina, as well as the menu. Chef Russ Williams of the Richmond Stella’s will open the Charleston restaurant and stay to see it up and running.

Niketas’ 80-year-old mother, Elane Yatrelis Niketas, will collaborate on cooking, as Raskin reports. Stella Dikos will be there in the beginning too.

“She’s really excited about it. And when Stella is excited about something, it’s contagious,” Giavos says. “She gave her blessing to the project and that’s the most important thing of all.”