With VIPA, Hardywood finally adds an India pale ale permanently to its lineup. 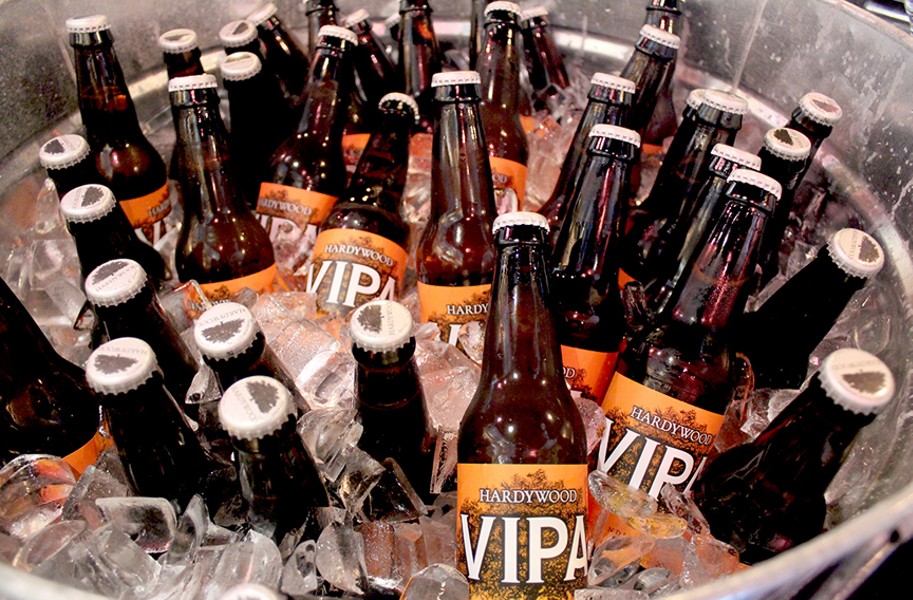 It’s all about innovation and collaboration, all the time, at Hardywood Park Craft Brewery. But what may have slipped under most craft beer lover’s radar is the fact that Hardywood only has two flagship beers—Singel and Pils.

“We wanted to start with styles that were complementary to what was out there,” says co-founder Patrick Murtaugh. “We thought there was kind of a void in domestically brewed ales.” That led to the birth of Singel. “Our second flagship beer was the Pils. … Again, we felt there was a lack of a really good German-style pilsner in the market.”

The anxiously awaited Gingerbread Stout, the Virginia Blackberry summertime release and various bourbon-barrel steeped brews come and go — and some are never seen again. A keg is tapped and a new variety takes its place.

What’s been missing in the line-up? It’s something so obvious, I never even noticed — Hardywood doesn't sell a straight-up India pale ale all year-round as it does with its Singel and Pils.

“[In the beginning] we were constantly running into restaurants that were getting into craft beer, but felt inundated with pale ales and IPAs,” Murtaugh says. “It was getting harder and harder for a new brewery to sell another IPA."

But Hardywood as a company is evolving and next week, on Saturday, Sept. 24, it will release its first IPA, dubbed VIPA — and I truly hope that people will ask for it by using the name as a word, “vipah,” instead of saying the acronym. It almost sounds like “viper.” And although pronouncing it “vippah” — with a short “a” — is far less cool-sounding, I’m not completely opposed to that either. Let’s make this happen, shall we?

And given the ongoing hops shortage, this nascent Virginia industry needs every bit of support it can find. It's more than a brewery adding a new beer to its line-up — it's making a flagship variety that uses local ingredients in a beer that will be sold everywhere, not just a seasonally or in small, single-run batches.

You’ll first be able to buy the new IPA in variety packs and at the brewery’s tap room, but soon it will available in six-packs.

And as for the release, beer writer Josh Bernstein, author of “Complete IPA: The Guide to Your Favorite Craft Beer,” will be on hand to sign books and offer his experienced opinion about Hardywood’s newest brew.

CLARIFICATION: This article was updated to more clearly explain that VIPA is the first IPA Hardywood has released that will join its flagship beers that are always available as opposed to special or seasonal releases.