5 Things You Should Know About Peter Chang

The acclaimed chef is a finalist for the James Beard Foundation's Best Chef Mid-Atlantic award. 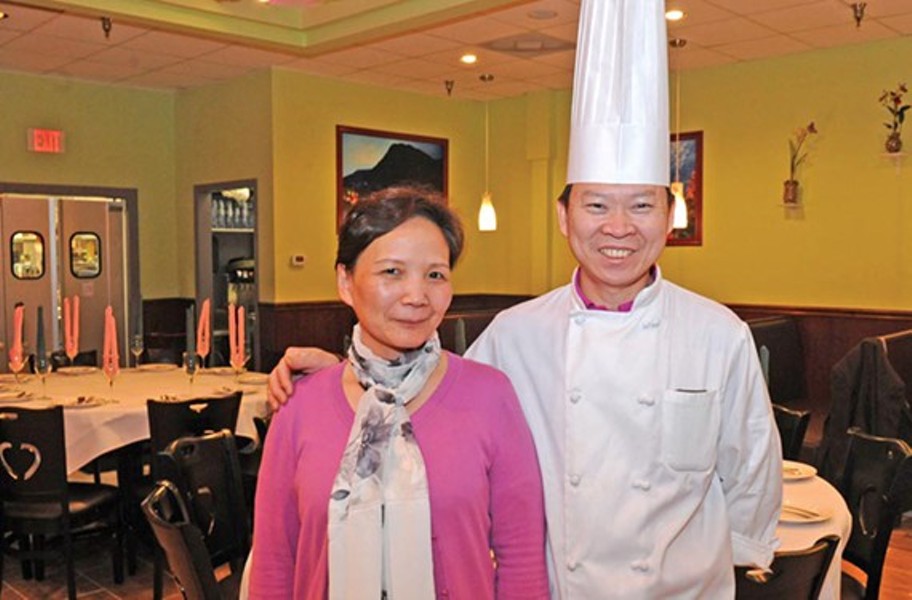 Scott Elmquist Peter Chang, pictured here with his wife, Lisa, is a finalist for the Oscars of the food world.

Who is Peter Chang?

Peter Chang is a Chinese chef who was discovered cooking at a suburban strip mall in Northern Virginia by Washingtonian critic Todd Kliman, then writing for Washington City Paper. He wrote rapturous reviews of Chang’s restaurants and a compelling essay about the chef for the Oxford American in 2010. (An article that is, sadly, no longer online.) Kliman equated the discovery of Chang akin to stumbling across the food critic's holy grail — a brilliant chef working unnoticed in a nondescript, hole-in-the-wall joint turning out mind-blowing dishes night after night. New Yorker writer Calvin Trillin brought the story to an even wider audience the following month that year.

Why all the fuss?

After Kliman and Internet discussion boards discovered him, Chang disappeared. He moved from restaurant to restaurant in Northern Virginia, then to Atlanta, Knoxville, Tennessee, and Charlottesville before settling in Richmond. Fans obsessively tracked sitings and chased him from place to place. Theories abound about why Chang moved so frequently, but in 2012, when I interviewed him, it was clear that he and his family were here to stay. Along with partner Gen Lee, Chang’s roster of restaurants has expanded from Richmond and Charlottesville to Fredericksburg, Arlington, Williamsburg, Virginia Beach and Rockville, Maryland. He plans to open a second location in the city in the spring on West Broad Street near Scott’s Addition.

Where did he come from?

Chang was born in the Chinese province of Hubei, and was an award-winning chef there. He came to this country as chef for the Chinese Embassy. In 2005, he began cooking at China Star in Arlington. Chang’s framed awards on the walls of China Star alerted Kliman to the fact that there was someone unexpected behind the stove.

What’s so special about his food?

Although Chang works within the Sichuan tradition of Chinese cooking, he isn’t constrained to traditional dishes. He’s a spectacularly creative chef who makes food that’s all his own. Although you’ll find Chinese-American standards on the menus of his restaurants, those dishes are there mostly to please folks who may not be ready for the fiery burn that characterizes Sichuan cuisine.

Why is his food so freakin’ spicy?

Chang uses a combination of peppers to get the heat going in his food. Most important is the Sichuan peppercorn. It has paradoxical qualities: The spice burns and at the same time numbs the lips, leaving the diner with a tingly feeling — scientists call it paresthesia — that you don’t quite get from anything else. Chang combines Sichuan peppercorns with jalapeños, other chili peppers and oil in big tubs each week to create ma la — the sauce that makes Sichuan food so memorable.