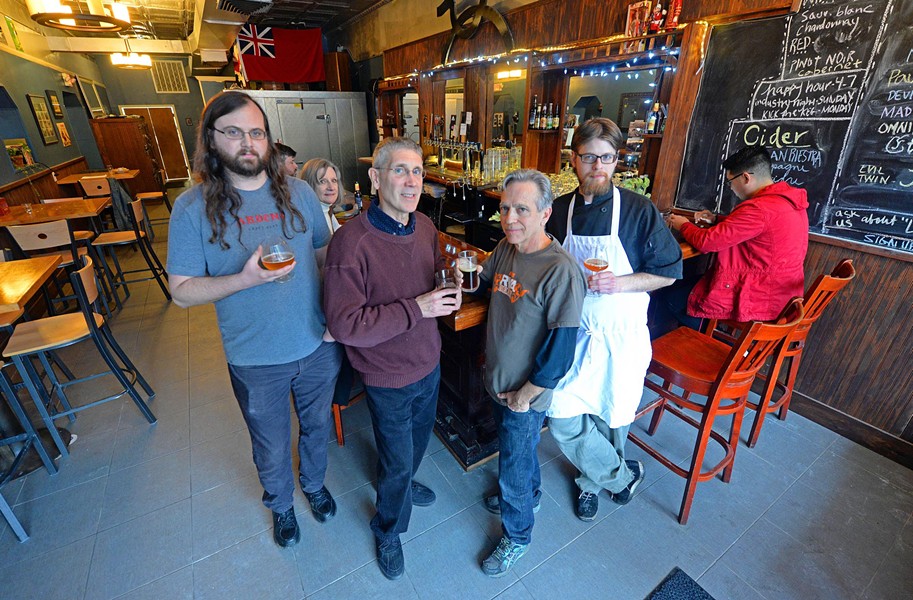 James Talley, co-owner of White Horse Tavern and Cask Café, is ready for a new phase of his life to begin. White Horse Tavern, open for less than six months and well-reviewed in Style and other publications, will close in the next two weeks.

He was having dinner with the Roosevelt, Garnett’s Café and Ipanema Café’s Kendra Feather. “I’ve always wanted to work with her and [I asked] if she’d be interested in coming in and doing a piece of White Horse.”

That led to more discussions — and rebranding seemed the logical course of action. “I thought I was going to retire when I sold the [Commerical] Taphouse,” he says. That didn’t happen — the landlord was a friend and the White Horse project was too tempting for Talley to resist.

Despite the good reviews, however, the restaurant hasn’t done the evening business that he’s hoped for, and that was frustrating. “The community is awesome,” he says. “I never would have pulled the trigger like this on the Taphouse, but now I just don’t feel the same about [changing the concept] — White Horse isn’t part of my identity like the Taphouse was.”

Talley’s new plan may be surprising to some, although not those who’re close to him. “I don’t talk about it much, but I’ve been marrying people and preaching for the past seven or eight years,” he says. He plans to open Stream Vineyard Church with services at the Maymont Elementary School. “People say they feel like they’re called. … I feel like I’ve been led to do this with my wife.”

Talley will still be involved with the business.

“We’ll be celebrating what we’ve started out here [at White Horse], the customers and the community until we close,” he says. Both he and Feather aren’t providing details about the new concept yet.

“This is about opportunity,” says Talley. “I don’t need all the control.” He’s looking forward to working with someone with new ideas who’s fully capable of executing them without his help, he says.