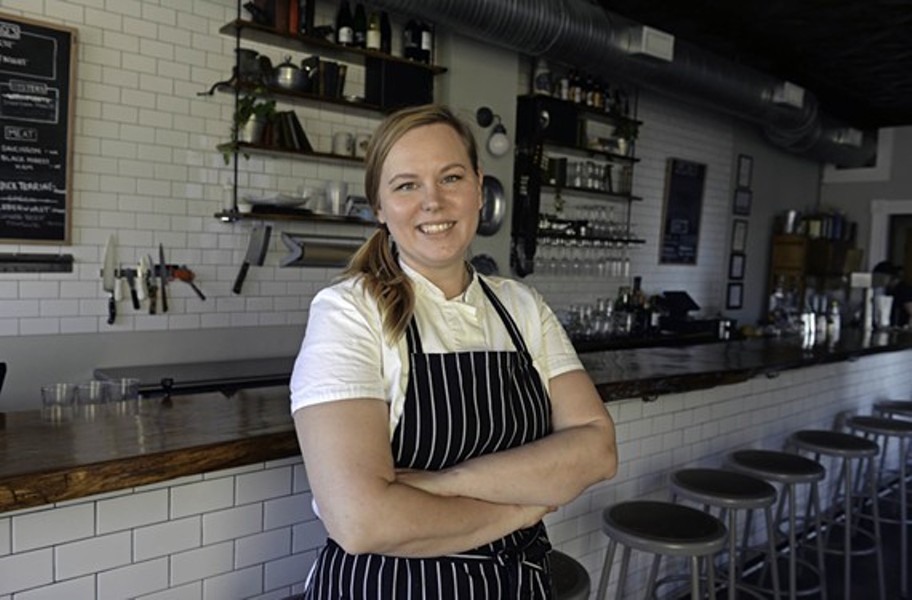 Sometimes the whole of Richmond dining scene gets praise, as it did in National Geographic, Bon Appetit, and the Local Palate, to name a few. Other times publications drill down, as Southern Living did when it named L’Opossum one of the best restaurant’s in the South.

Now, in this month’s monstrously large issue of Elle, sandwiched in between ads for Valentino and Luis Vuitton, Metzger Bar & Butchery was named as one of the 15 best female-led restaurants in the country to try, complete with a photo of owner/chef Brittanny Anderson. It’s only the second time the magazine has published a restaurant guide. (The article isn’t online yet.)

“Metzger Bar & Butchery, in Anderson’s hometown of Richmond,” writes Elle's Charlotte Druckman, “has the rare ability to be not only a worthy foodie tourist attraction, but also a gem for locals.”

Hard on the heels of Elle, Food Network’s website has proclaimed Kuba Kuba’s huevos rancheros as the best in the state in its round-up of best breakfasts.

“When chef Manny Mendez was little, his father turned the family living room into a bodega, selling hard-to-find Cuban foods to fellow immigrants in Richmond,” they write. “Mendez followed in his dad's footsteps at Kuba Kuba, selling groceries alongside dishes like his popular huevos rancheros: two eggs over red beans and crusty Cuban bread, topped with cheese, avocado and a lime-garlic sour cream.”