He's in the running for best chef Mid-Atlantic. 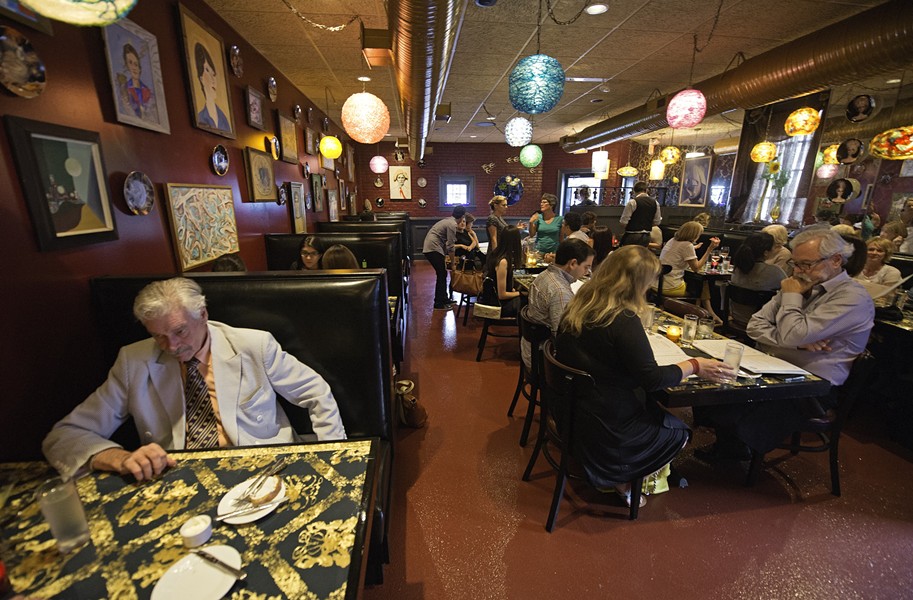 Scott Elmquist L'Opossum is the showcase for the talents of James Beard award semifinalist David Shannon.

The announcements are out, and L’Opossum’s David Shannon has been named a semifinalist for the James Beard Foundation restaurant awards best chef Mid-Atlantic. Richmond-native Shannon, a New England Culinary Institute graduate, former sous chef at the Inn at Little Washington and chef and co-owner of the Dogwood Grill, opened L’Opossum in the old Eat by Pescados space in 2014.

For years prior to opening, Shannon collected art, plates, lighting fixtures and 26 miniature replicas of Michelangelo’s David for an interior that we described in 2015 as a collection “of choices a louche Pee Wee Herman might make when he finally grew up.”

His food — he calls it “French soul food” — is no less fanciful, with names that Shannon clearly creates with relish, such as the Hollywood Boneyard, Cap'n Dave's Catch of the Day Adrift or Fabergé egg bèdazzled with caviar. “There's a lot to love about L'Opossom,” says reviewer Rachel Machacek. “It's creative, it's fun, and it's a welcome respite from newer, design-oriented restaurants that often feel too precious.”

Although he wasn't nominated for his restaurant in Short Pump as he was last year, Peter Chang is also a best chef Mid-Atlantic semifinalist for his eponymous restaurant in Arlington. Semifinalists in previous years have also included Acacia Mid-Town’s Dale Reitzer and the Roosevelt’s Lee Gregory.

CORRECTION: This article, when originally published, failed to note that Peter Chang was recognized by the James Beard Awards this year.
Prev
Next