Is he cooking there? Yes and no. 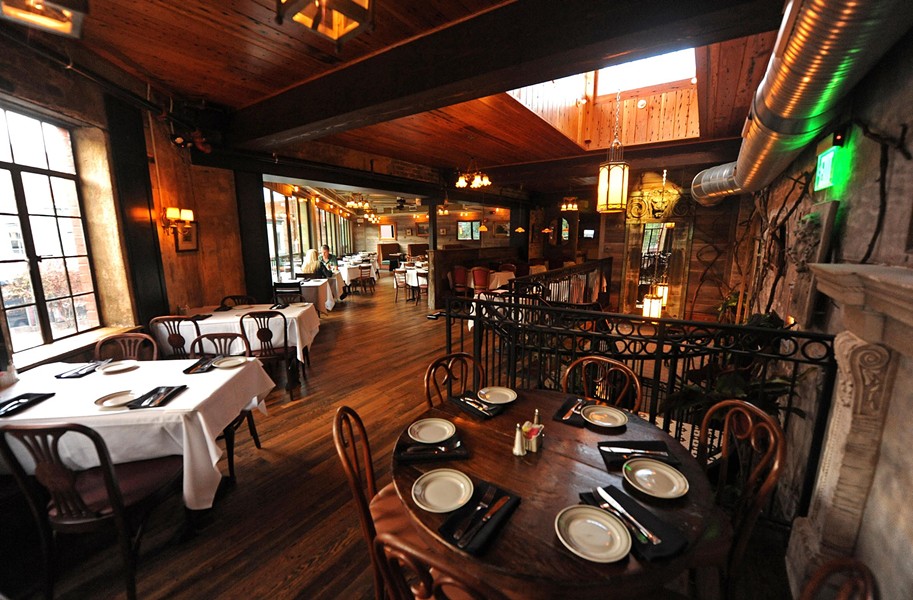 You may catch a glimpse of a familiar figure in a white chef’s coat at the wood-lined, vine-bedecked Max’s on Broad these days. But don’t be fooled. Acclaimed chef Jimmy Sneed is cooking there on occasion, but he’s mostly working with owner Ted Santarella as a consultant.

Sneed has operated SugarToad Management Restaurant Consulting for more than 20 years, and now has two other clients in addition to Max’s, although he’s concentrating on that restaurant at the moment.

He is quick to say that the change underway is about Max's, not about him. "I'm not the focus."

“Ted runs a terrific operation with the two Tarrants and Max’s,” Sneed says. “But Ted is spread awfully thin.” In fact, when I spoke to Santarella, he was working on the heater at one of his restaurants to get it ready for opening.

As a consultant, Sneed typically gets a call to help fine-tune a restaurant’s operations. “I go in and analyze the structure, discipline and procedures and streamline them,” he says. He also helps with sourcing, saying that longtime restaurants often stick with the same vendors that they’ve used for years. Sneed can point them in the direction of new ones that might be better -- and cheaper.

“And service, too,” he says. “It can fall into a rut.” At the staff’s introductory meeting with him, he presents servers with an employee handbook. It’s not any specific restaurant’s book of guidelines and expectations -- it’s a generic one. Sneed wants the staff to take it away, cross out what they disagree with and add in things that ought to be included.

“I get the staff involved in the restaurant -- it’s an employee-centered approach that lots of places don’t do,” he says. He’ll also go over the menu with them, asking what they don’t like and what doesn’t sell, and make changes with that information as his starting point.

But Sneed says he doesn’t barrel in to make changes right and left. He’ll stop by the restaurant for an hour and work with the servers, and then return a little later to help the kitchen staff improve the way they handle orders for another hour. “I don’t want to be there eight, 10 hours a day,” he says. “I don’t want to give the impression that I’m watching them.”

In two weeks, Sneed, Santarella and their wives will make a trip to Paris to eat their way through its bistros, cafes and other restaurants. Sneed says Santarella wants Max’s to be a true European brasserie. He wants to push it a little further along the curve toward fine dining.

And, according to Sneed, the incremental changes at Max’s will soon add up to a different sort of operation without anyone realizing it.