Lemaire chef Walter Bundy will open his own restaurant in the spring. 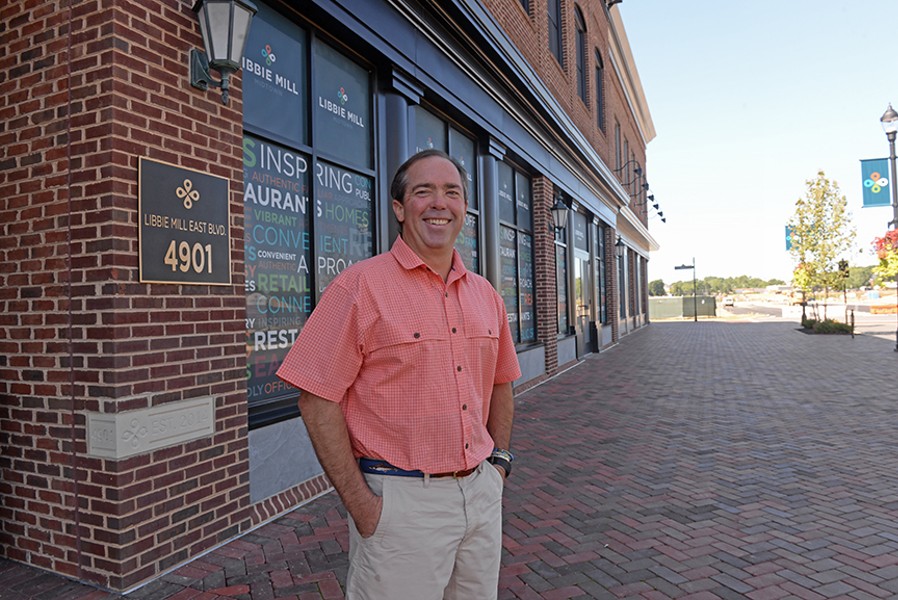 Scott Elmquist Lemaire chef Walter Bundy stands outside what will become his new restaurant at Libbie Mill-Midtown this spring.

Walter Bundy is ready to take on the future. His past and his immediate present are at Lemaire in the Jefferson Hotel, but by the beginning of 2016, he’ll work full time on a 6,000-square-foot restaurant in Libbie Mill-Midtown development that will open in the spring.

“I love my time at Lemaire. It’s been my home for 15 years,” says Bundy. “And I didn’t want to leave them hanging during the busy season, so I’ll be there through New Year’s.”

He began thinking seriously about going out on his own a year ago. He visited site after site — and after a particularly unpleasant spot, his real estate agent suggested Libbie Mill-Midtown.

It’s a risk. North of Broad Street on Staples Mill Road, anchor Southern Season is alone and holding steady until the new Libbie Mill branch of Henrico Library is ready in November and other businesses start to fill in. Gumenick Properties has more than 100 houses and 900 apartments planned to go into the mixed-use project, but they haven’t gone up yet. “I don’t want to bank on the belief that if you build it, they will come,” Bundy says, “but that’s what I’m hoping for.”

One compelling factor is the promise of easy parking. “You go into the Fan or downtown and there’s nowhere to park. … I want people to park and come right in.” And more importantly, at Libbie Mill, Bundy will be able to create a restaurant from the ground up that’s specifically tailored to his needs.

He’s signed a 10-year lease and this will be the showcase for his considerable culinary talent. The success or failure of the business will rest entirely on his shoulders. “I’m all in,” he says.

He’s working with Helen Reed Design and is planning a casual space full of lots of reclaimed wood, high ceilings and plenty of light with a large bar and patio. It’ll showcase the kind of cuisine that's the most meaningful for him: Southern, local and seasonal.

“I don’t want to forget my heritage and my past,” he says. “Hunting and fishing are so close to my heart. And for me that’s why I cook — respect for the animals and the process of getting them and what they provide to us.”

Bundy isn’t willing to go into more details at this point. The project, which didn’t originate at Libbie Hill but ended up there, is constantly evolving as he gets further into the process.

It’s the right time for a change, he says. “I don’t want to be the old guy sitting in the wheelchair asking, ‘why didn’t you go for it?’" Bundy says. “I need new challenges and new things to learn.”

CORRECTION: H.L. Reed Design has changed its name to Helen Reed Design. It has been corrected in the text. And a clarification: Gumenick properties plans to build 994 homes and 1,096 apartments at Libbie Hill-Midtown.
Prev
Next