A Valentine to Virginia 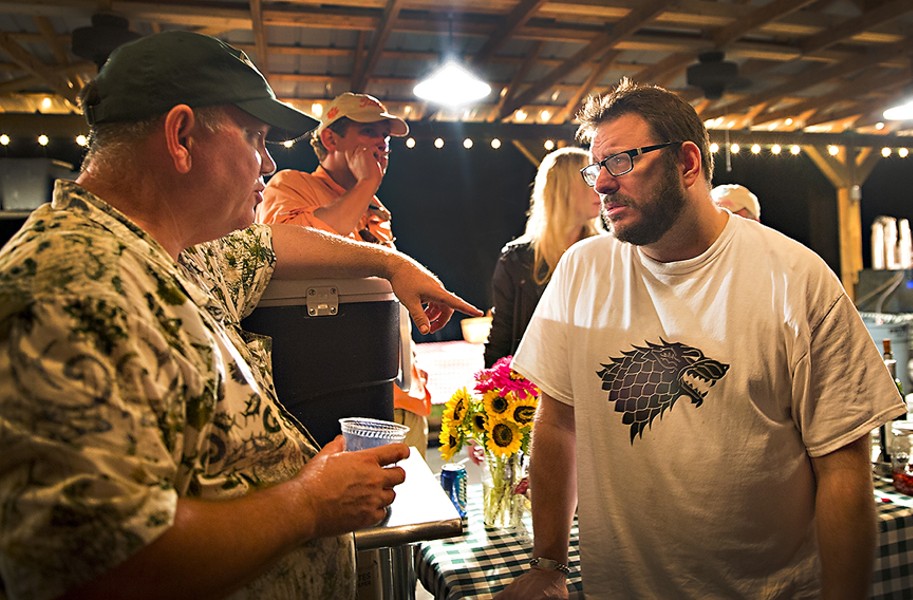 Last year, Esquire editor-at-large, founder of food blog Grub Street, author and James Beard Award-winner Josh Ozersky named Virginia as food region of the year and Rappahannock as one of the 12 best new restaurants in Esquire's 2014 Food and Drink Awards. He was unable to make the celebration at Rappahannock, also attended by Gov. Terry MacAuliffe, so he asked his friend, Craig Rogers of Border Springs Farm, to read what amounts to a love letter, a paean to Virginia previously unpublished. Ozersky died Monday, at age 47. Rogers says of his friend, “He was a complex man, but with a soft and tender heart and passion that inspires me.”

To say that I am unhappy not to be here would be a grotesque understatement -- imagine, as Craig reads this, me writhing in vexation far away, without even a single oyster to sip. A murderous combination of practical problems and health issues has kept me away, but I feel so strongly about Virginia that I have asked Craig to read this on my behalf.

Thank you, Virginia, just for existing.

The oldest, largest, and noblest of all the 13 colonies has come back around again to its power and primacy among American regions, and already rivals the greatest culinary regions in the Americas. From the genius of chefs like Dylan Fultineer here in Richmond to Ian Boden, in tiny Staunton, to the thousand great but nameless chefs cooking from Topping to Jonesville, Virginia has become a showcase for some of the most brilliant talents in the country.

Creativity and a culinary community second to none are part of the reason why. Another is the native bounty: before I ever visited the state's restaurants, I was enthralled with the raw materials coming out of here, like Eco-Friendly Farms' astounding Ossabaw pork, ham and bacon from Edwards in Surry, the amazing, unique, and humane lambs raised by Craig at Border Springs Farm, and of course, a little company called Rapphannock River Oysters that is revolutionizing one of the oldest of all American foods. (And which makes some of the best oysters on the planet -- somebody lift an Old Salt for me.)

Virginia's greatness is expansive, growing, flourishing on a vast scale. In an incredible trip curated for me by Craig, and on which he drove me from one end of the state to the other, I got to watch Olli sausages being made, a sight the memory of which gladdens me to this day. I got to visit Barboursville Vineyards, whose Octagon wine is as good as anything to be found in Northern California. I got to see the elegant, austere, and delicate ciders made at Foggy Ridge and much else besides.

Making Virginia Esquire's culinary region of the year required no discernment on my part -- anyone with eyes in their head and a mouth to taste with, would have done the same. All the residents of the Old Dominion should count themselves lucky to be living in a culinary paradise, a place that resounds with the old Jeffersonian dream of an earthly paradise, filled with the gifts of nature and nature's god. I wish I were there right now. I can't be, sadly, but I will never make the mistake of letting another year go by without seeing what Virginia has added to the culinary world.

Such is its bounty that a thousand wordy gluttons could never exhaust it all.