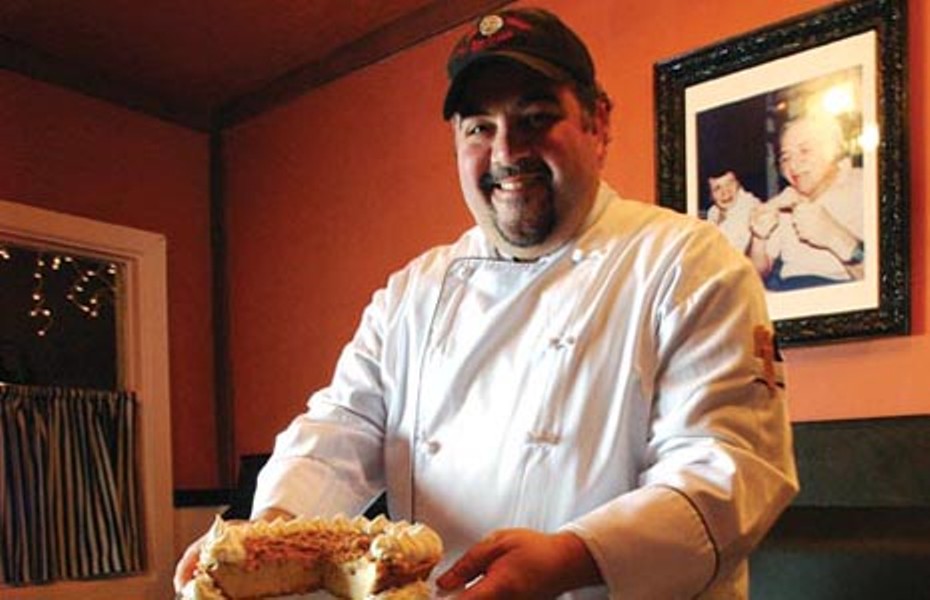 Scott Elmquist Grandpa Eddie's Carey Friedman will have plenty of pie to serve when he gets his food truck up and running.

It’s hard to forget about barbecue. Grandpa Eddie’s Alabama Ribs & BBQ started out in 2005 as a little joint on Route 250 in Goochland County, then moved closer to town into a bigger space. And then it closed. This year would be its 10th anniversary.

“We were on track to do a million dollars in sales that year,” owner and former lawyer Carey Friedman says. That was back in 2011, and after a dispute with his landlord shut the restaurant’s doors, Friedman went on to take jobs in corporate restaurants in the West End -- he declines to mention which ones.

But the yearning to make barbecue never went away. Friedman's children grew up in the restaurant, he says -- it was the family’s living room. “[Barbecue] is what we do and who we are.”

Recently, Friedman took a drastic step. He quit his job and started a Go Fund Me campaign to get Grandpa Eddie’s back up and running -- this time as a food truck. “It’s a real way to test the need for us in the marketplace,” Friedman says. For the last four years, he says, former customers have come up to him while he was working in other restaurants to ask when Grandpa Eddie’s would reopen.

Friedman thinks a food truck is the best way to get back in the game. “We can go to where the people are, be more agile. And it’s more fun.”

Now he’s looking at trucks and trying to figure out how to sell his memorable peanut butter pie the most efficient way.

“The goal is to get out there as soon as we can,” Friedman says. “It’s been a long time.”