UPDATED: Focus on the Food

Balliceaux plans to close for renovations and reopen with a new menu. 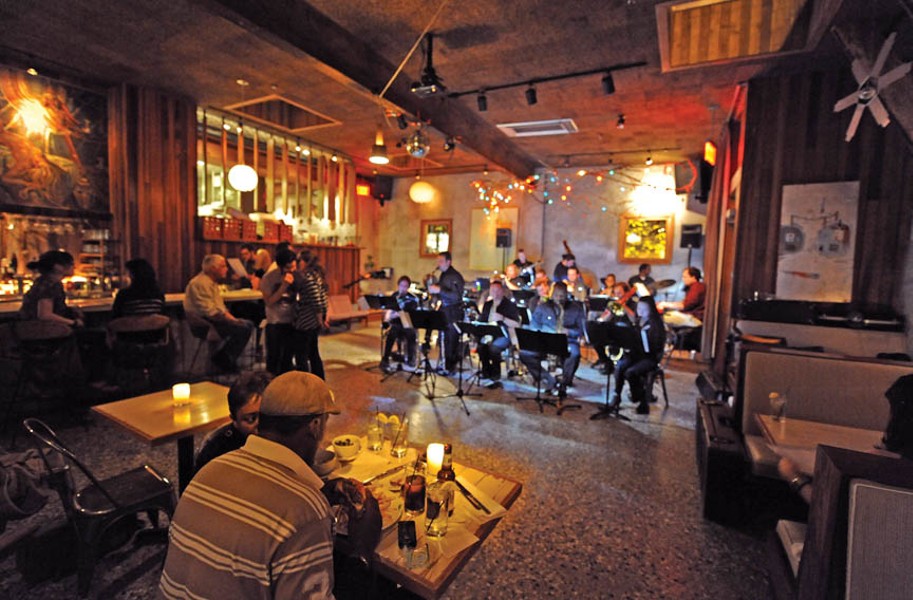 Scott Elmquist The music line-up won't change when Balliceaux reopens in the fall, but the menu will be all-new.

Balliceaux plans to temporarily close its doors for the summer June 7 and do some much-needed renovating. Owner Steve Gratz wants to do a little reupholstering, put in a bigger and better PA system and, most important, plans to rethink Balliceaux’s menu.

It’s been six years since the restaurant first opened, and not only has the seating taken a beating, but the bathrooms have suffered from vandalism as well.

“We need to be looking at the next five years,” says Gratz, “and how we can accomplish what we want to do and still keep things fresh.”

Since chef Russell Cook’s departure a few years ago, food hasn’t been Gratz’s main focus — he’s concentrated instead on live music. That’s going to change at the end of the summer. Although a strong roster of bands will remain, the evening scene will get jumpstarted a little earlier with Cambodian- and Vietnamese-inflected dishes.

“We felt like we could make some really aggressive changes,” he says. A trip to Cambodia and visits to Indochine restaurants in Brooklyn and Austin inspired the new stronger flavor profile he wants to see reflected in the menu. The back room will offer a traditional French menu for private events.

“We’ve had a really difficult time, I think, with the size of the kitchen,” says Gratz, “and getting the food out to the tables in a reasonable amount of time.” Inspired by Charlottesville’s Mas and its lightening quick service, Gratz wants to reconfigure things so that small plates can go straight to diners hot off the stove, as soon as they’re ready.

The renovation time scheduled may seem lengthy, but Gratz wants to breakdown the entire restaurant and put it back together. “I’ve done this type of work before and it always takes twice as long you think it’s going to take,” he says, so he’s adding the extra time in advance. And summer is usually the slowest time for Balliceaux. “It’s not as if we’ll be losing money by being closed,” he says. Most important, Gratz doesn’t want to be rushed while formulating the new menu.

Both music manager and Style calendar editor Chris Bopst, and bar manger Sean Rapoza, along with most of the staff, will return when the restaurant reopens on Sept. 1.

“You’re not going to walk in and say, ‘Where did Balliceaux go?’” says Gratz. “We want to reopen looking fresh, like we did six years ago.”