The restaurant that almost was. 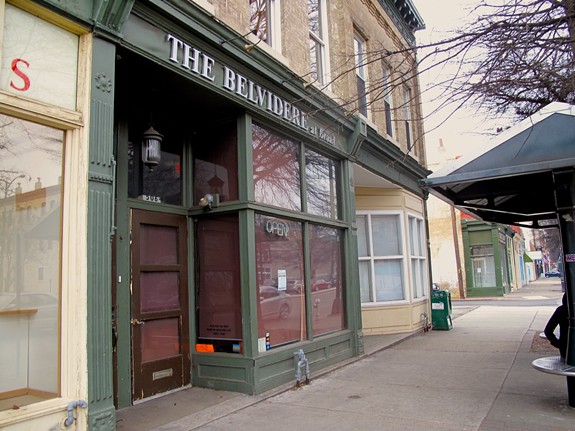 Rumors flew. Restaurateur Travis Croxton, owner of Rappahnnock River Oyster Co. and Rappahannock (and a whole bunch of other places out of town) filed an ABC application under the name Ghost Shadows for the former Belvidere at Broad property at 506 W. Broad St. last summer.

People wondered what that was all about. What kind of place would it be? The only clue came from building owner Jonathan Staples, who’s also the owner of James River Distillery, owner of the GwarBar building, and is the husband of another powerful restaurateur, Hilda Staples, Mike Isabella’s partner in Graffiato and Bryan Voltaggio’s partner in Willow Lawn’s upcoming Family Meal, among other ventures.

After some research, Staples says he discovered that the building on Broad once housed the Richmond chapter of the On Leong Chinese Merchants Association. After a little more reading, he ran across information about Ghost Shadows, the Chinese-American street gang that ran New York’s Chinatown in the 1990s. He had his name.

Did this mean Staples and Croxton were looking to open a Chinese restaurant there? And given Hilda Staples and Croxton’s high-voltage connections in the dining world, were they wrangling another famous, out-of-town chef to come to Richmond?

Staples managed to get the city to allow him to expand to the building next door, permit outside dining and possibly, just possibly, officials hinted that the city might be willing to move the bus stop that sits directly in front of the restaurant.

The famous chef slated to helm the restaurant? Erik Bruner-Yang of Toki Underground (and once upon a time, of Richmond’s Sticky Rice).

While Ghost Shadows remained in limbo over the last six months, Staples and Bruner-Yang were working on another project. They planned to open a café, along with the restaurant and market, called Maketto on H Street in D.C. There’s only one problem with that venture: It’s about 15 months behind schedule.

Maketto is still going ahead, despite the delays. And when thinking about the property in Richmond, Staples realized that his chef couldn’t start the Ghost Shadows project any time soon. “You can’t just open Maketto,” says Staples, “and then open something else right away.”

The building, along with one next door, is now up for sale. Nathan Hughes of Bandazian & Hughes is handling the property. Staples says he couldn’t in good conscience allow it to stay empty any longer. Besides the allure of the building's history and architecture, it’s one of the few spots that could have outdoor dining on Broad Street.

“Someone should do something cool there. It doesn’t have to be us.”