The mystery of the iconic bar's giant George Washington head. 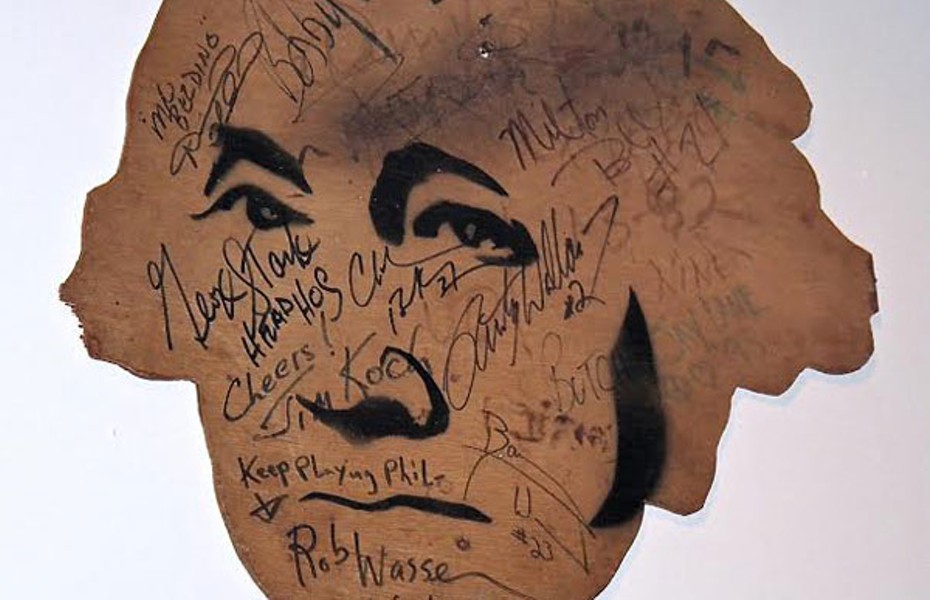 Buddy's Place opens tonight and faithful diners will find a space that's bigger, brighter and cleaner. In other words, an upgrade. The old knickknacks that were collected on its walls traveled along with the restaurant to its new location in the old Viceroy space at 600 N. Sheppard St. "We tried to make it as much like [the old] Buddy's as we could," co-owner Marion Dealto says.

You'll find the restaurant's beloved stuffed buffalo head — a creature with an exceptionally patient look on its face — hanging in the back. You'll also see its large George Washington head painting signed over the years by an eclectic collection of celebrities including NASCAR driver Rusty Wallace, the co-founder of Boston Beer Co. (which makes Sam Adams) Jim Koch, and Grateful Dead founding member Bob Weir.

But where did G.W.'s head come from and who made it? Dealto couldn't recall. "We've had it forever," she says.