What's on the horizon for the Richmond food scene? A 2015 preview.

Promises, promises. Restaurants are always about to open — they string us along like indecisive suitors for months at a time. Eventually, at some point, diners can sit down for a meal, but usually it isn’t around the target date.

It isn’t really the owner’s fault. Anything from a contractor’s misplaced optimism to tardy liquor licenses can keep the doors locked longer than expected.

But with that in mind, lots of projects are planned for 2015. Restaurants are adding locations. Big grocery stores are digging foundations (plus a couple little ones are getting the shelves up). And Stone Brewing is spending the city and state’s money to get in shape to start pumping out the beer.

Ever expanding: Ready for the whirlwind tour? In the west, Manny Mendez, Johnny Giavos and Hugo Jordan plan to open Kuba Kuba Dos on Ridge Road. Pho 79 is opening a second spot called the House of Noodles in the old Green Leaf Vegetarian space. In Short Pump, a new Boathouse will dry dock, and Carytown Burgers & Fries is about to fire up the grill in its new spot in Towne Center West and will open a catering location in Lakeside.

There will be another barbecue option in the Virginia Commonwealth University area when Midlothian’s Flyin’ Pig Backyard Grill and Bar opens in the old Empire space, and you’ll soon find a new Urban Farmhouse across the way at 800 W. Broad St. My Noodle & Bar is getting a second location ready on West Broad Street.

Heading south, Tazza Kitchen will open its second Richmond location in Chesterfield Towne Center. Sugar Shack Donuts is coming to Manchester. And there will be another taco joint from Patrick Harris, Boka Grill and Growlers, in Stratford Hills.

On the move: Although it has anchored the corner of North 18th and East Franklin streets for 12 years, Julep’s New Southern Cuisine plans to move into the old Shield’s Shoes building on East Grace Street in 2015. Renovations are underway, and although the space will be shiny and new, owner Amy Cabaniss says the Shockoe Bottom menu, slightly expanded, will travel along to its new neighborhood. 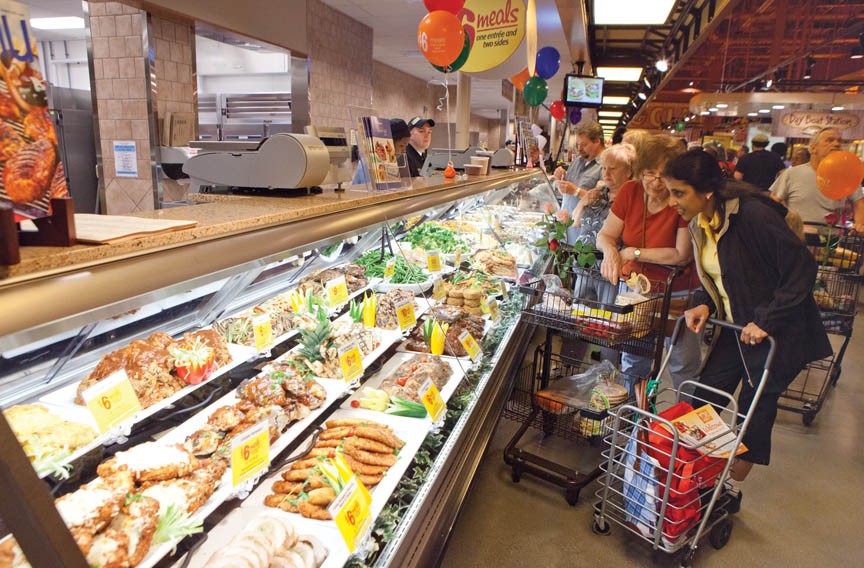 Grocery wars: Johnny Giavos plans to open two markets, one across the street from Stella’s and one next door to Perly’s. Both will sell grocery items and prepared food. And the news was greeted with disbelief this past year, but two Wegmans Food Markets really and truly are going to open in 2015: one in Midlothian, scheduled for spring and another in Short Pump, with construction to start this summer. And although Whole Foods says it isn’t opening until 2016, everyone within 10 minutes of its future location on West Broad Street will be excited about it throughout 2015.

Band bar: The long awaited GwarBar and its intergalactic craziness opened at the last possible minute on New Year’s Eve.

Starving students: VCU and its alumni reeled when Harrison Street’s Stuffy’s Subs closed. After all, it kept generations alive with its sandwiches. Fear not. Pepe’s Mexican Restaurant’s owners Paulo and Nelson Benavides are coming to the rescue. They’ll open Hibachi Box in the space in February.

East of Church Hill: Metzger Bar & Butchery proved that if you make the food good enough, people will venture to Union Hill to eat. A new development is going in across the street from the restaurant, and with a grant from a Bon Secours program, Liz Kincaid, manager at Tarrants Café, and her fiance, Sean Rapoza, bar manager at Balliceaux, plan to open a dim sum restaurant there, aptly named And Dim Sum.

Fruit forward: If 2014 was the year of the brewery, will 2015 be the year of cidery? Blue Bee Cider opened in Manchester two years ago, and Buskey Cider soon will join it in the apple game. Owners Will Correll and Matthew Meyer, winemaker at Williamsburg Winery, plan to start pressing the juice when they secure a space for equipment purchased from Legend Brewery this past year.

Caffeine dream: After a successful Kickstarter campaign, Christophile Konstas, Jay Metzler and Elizabeth Ellen are getting ready to bring a good cup of coffee to Bon Air when they open Perk Coffee and Lunchbox in January.

Musical cuisine: A live music venue and restaurant, the Tin Pan, will plug in the mics at Quioccasin Station near Regency Square mall. Shows will start at dinnertime and the sit-down audience members can channel their inner beatniks and gently snap their fingers in appreciation for both good food and good music — served at the same time.

Sweet eats: Right now, Jackson Ward is the new home of Nettie’s Naturally’s kitchen, a bakery that makes vegan, gluten-free, organic and cane-sugar-free treats. In the coming year, owner Lynette Potgieter plans to expand to include a cafe.

Double dipping: Ross Renfrow is busy. He’ll unlock the doors of 7 Hills Brewing Co. in Shockoe Bottom behind LaDiff in February, and, as first reported by Richmond.com, Renfrow also plans to open Grandstaff and Stein Book Sellers, a straight-up speak-easy with a false-front business this spring in the Haxall View building on East Main Street.