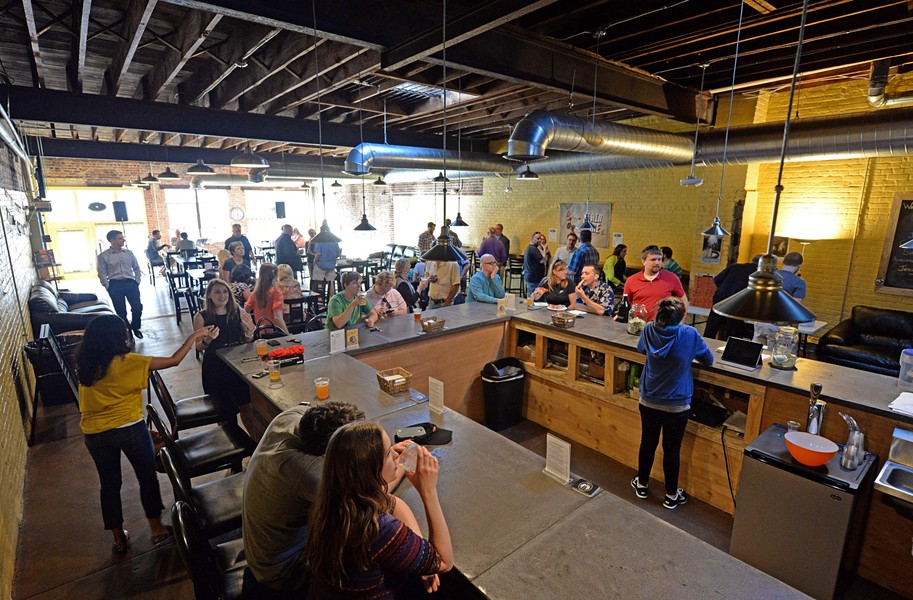 Scott Elmquist Isley Brewing Co., located in Scott’s Addition, will be exhibiting its Blueberry Plain Jane and Off Boulevard brews at the Capital Ale House National Beer Expo in Richmond from July 15-20.

Style Weekly is one of the event sponsors, with a Taco Throwdown on Friday, July 18. Attendees can sample tacos created by Richmond chefs, paired with more than 30 craft beers and wine samples.

The main event will be the Walk-Around Grand Tasting that Saturday, with more than 150 brews present and accounted for across town. Look for an app to help navigate the rising tide of beer.

Some beers to watch for: entries from a trio of California breweries — Ballast Point (San Diego), the Bruery (Orange County) and Firestone Walker (Paso Robles). These are considered by many beer aficionados to be world-class breweries.

The rare-in-Richmond Terrapin Tangerine Dreamsicle, a collaboration between the Terrapin Beer Co. of Athens, Ga., and Green Flash of San Diego, has garnered some good buzz.

Speaking of Green Flash, it will bring its West Coast IPA, considered by many to be one of the best U.S.-made India pale ales.

Flying Dog Brewing's Dead Rise Old Bay Summer Ale will be making its local debut in Richmond — which has more than a few beer nerds on the edges of their seats.

Now available: Lickinghole Creek Brewery's Pony Pasture Pilsner, released July 5. Look for bottles of this small, single batch floating around town. Featuring continental pilsner and cara malts, alongside sterling and saaz hops, the beer is described by Lickinghole Creek as a "noble aromatic blend of earth and spice … Perfect for hot Virginia days down by the Rivah." Bottles still may be available for sale at the brewery. Call 314-4380 for details. Lickinghole Creek Brewery, 4100 Knolls Point Drive, Goochland. lickingholecreek.com.