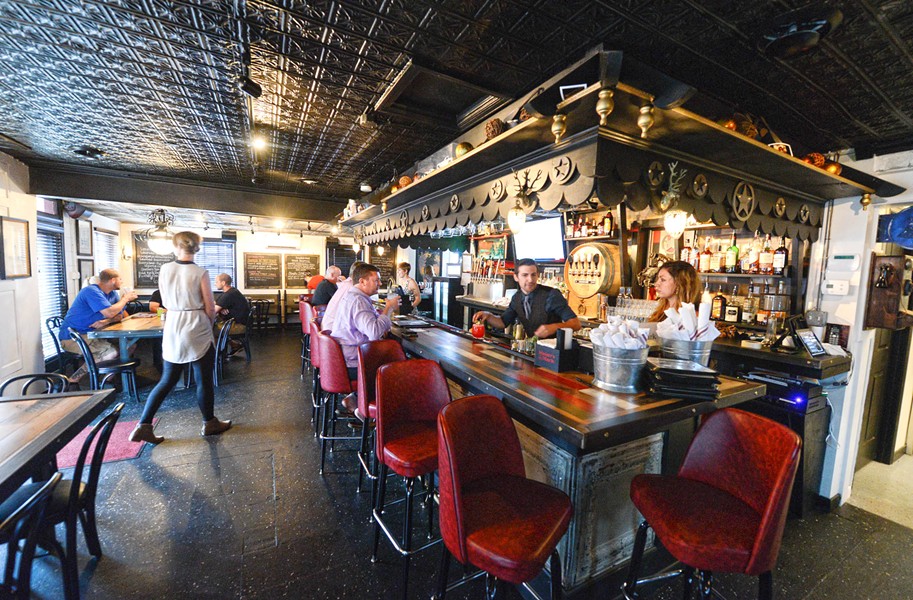 Dinner Bell: Supper, the companion and next-door neighbor to the tiny Lunch, opened last week in Scott's Addition. A meat-focused menu of "eclectic, signature downhome cuisine" is the focus. Owner Rick Lyons is hoping that Supper's extra space and expanded hours will be draw for customers used to the casual come-as-you-are vibe at Lunch. Diners can expect hearty fare such as the Summit Avenue XL crab cakes with sriracha aioli and the farm-spanning herd, featuring a beef, pork and buffalo meatloaf topped with a tomato, bourbon and a honey glaze. Supper's on daily from 5 p.m. to 10 p.m. at 1213 Summit Ave. 353-0111.

Combo plate: Southbound is a new joint venture by chefs Joe Sparatta of Heritage, Lee Gregory of the Roosevelt and local farmer Matt Gottwald of Beechwood Farms. The former specialty shoe store and dry cleaner in the Stony Point Shopping Center will undergo an extensive build-out to accommodate a patio, bar and 30-person private dining room. Sparatta says the fare will feature upscale yet moderately priced casual food, similar to the offerings at Heritage and the Roosevelt. Farmer Gottwald will bring local lambs and grass-fed beef to the equation through Beechwood Farms in Goochland.

"We feel that there's a lack of something with a nice space, a nice atmosphere and nice drinks," Sparrata says, referring to the Bon Air neighborhoods where both he and Gregory live. "We're just cooking what we like to eat and what people around here would like to eat. We want it to be an accessible, fun and nice place."

Southbound is shooting for a late October opening.

Main move: Shockoe Bottom mainstay Julep's will be moving to a new location at 420 E. Grace St., next to Pasture. Owner Amy Ayers says she's been looking to expand for years, and that the partnership with local developers the Monument Cos. also will feature apartments in the build out. Ayers says the new designated bar area will allow for a new focus on cocktails and happy hour specials for the after-work crowd in the financial district, but that Julep's will remained dedicated to high-end, new Southern cuisine. The current location of Julep's will remain open during construction of the new space, with a relaunch scheduled for early 2015.