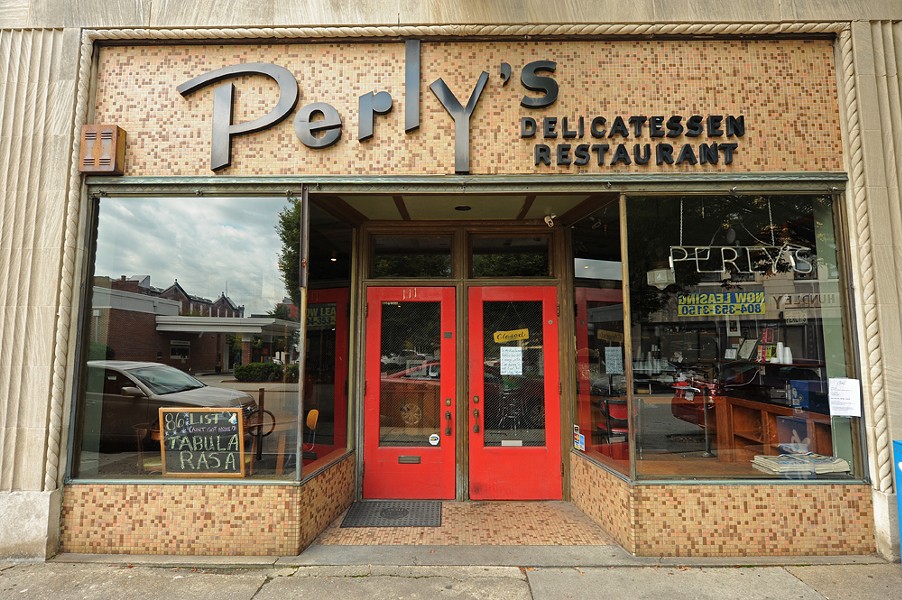 Scott Elmquist Perly's at the time of its sudden closure in September.
In a combination that is setting food-lovers’ hearts aflutter, chef Kevin Roberts is expanding his reach by reviving Perly’s downtown. He expects to reopen the restaurant at 111 E. Grace St. by late spring.

The building was purchased this month by restaurateur Johnny Giavos and developer Scott Coleman, and Roberts signed a long-term lease to run the deli. Perly’s closed abruptly in September after fifty-plus years in business, causing a bit of an uproar among its devotees and staff.

Roberts is on his honeymoon this week, just as word of his new venture is getting out to news outlets and through social media. “The way Kevin works,” Giavos says of his longtime friend and colleague, “it’s good spirit, good karma – he’s going to go in there and work hard to support his family,” while keeping a typically low profile. “And he can have as many years as he wants,” Giavos says of the lease terms.

Roberts opened The Black Sheep in Carver six years ago with co-owner Amy Hess, amassing an ardent following for the kitschy, filling and creative meals shown nationally on television’s Travel Channel. For the new venture, Roberts will keep the Perly’s name and diner-style approach, some of the Deco-era interior details, and breakfast and lunchtime hours. Dinner service may come later, and customers can expect twists on tradition with Roberts’ distinctive use of ingredients and combinations.

The Black Sheep at 901 W. Marshall St. has been one of Style Weekly’s food writers’ favorites since its opening, and stays busy with a diverse crowd lapping up its moderately-priced food. Several Washington Redskins players dined there while in Richmond for training camp last summer, raving over the hearty and humongous battleship sandwiches.