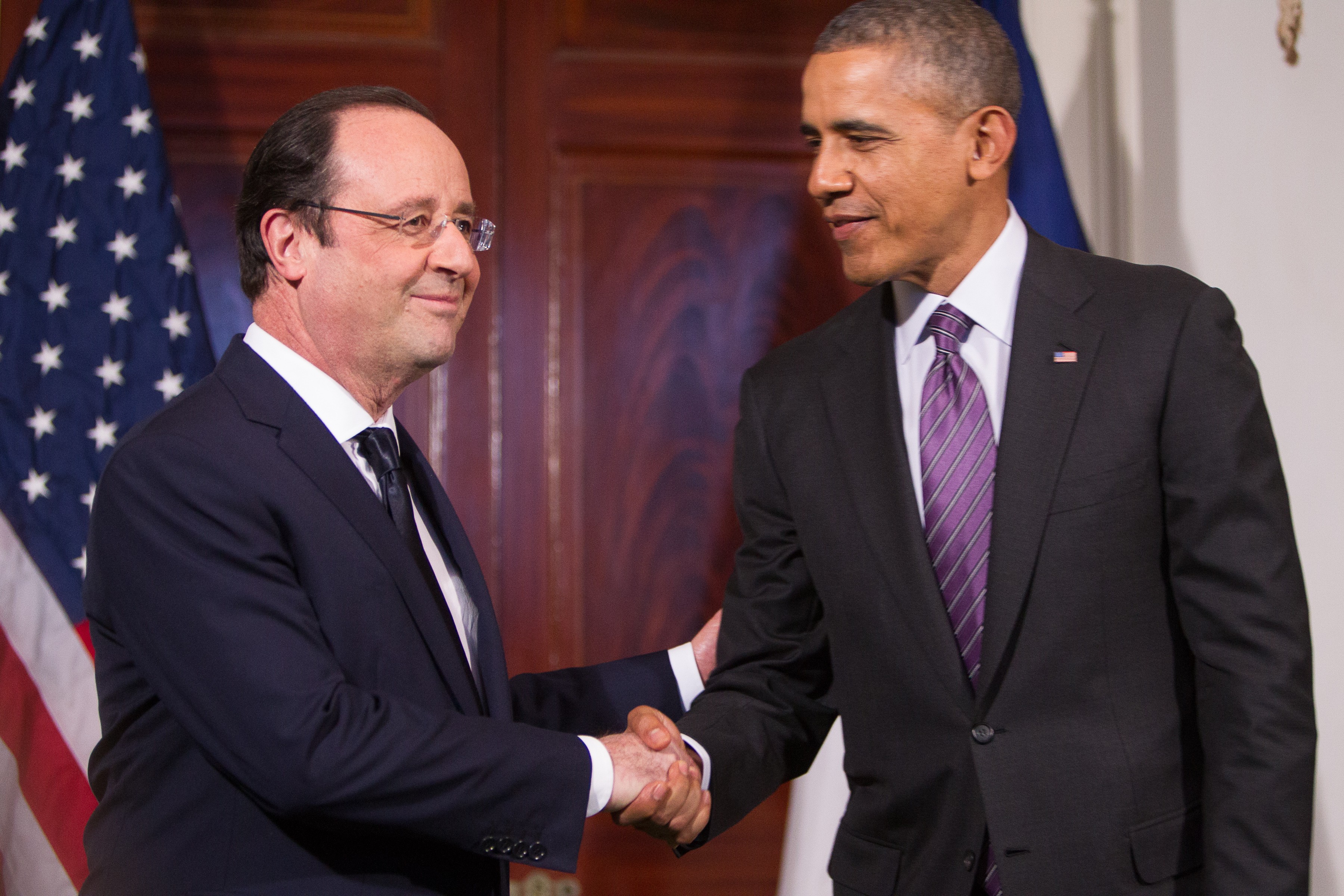 Chocolatier Tim Gearhart and some of his team are in Washington, DC today to present custom chocolates to French President Francois Hollande. At a State Department luncheon hosted by Vice President Joe Biden and Secretary of State John Kerry, the Gearharts chocolates are a featured element of dessert.

The sweets are a blend of Valrhona chocolate from France, fig jam from Virginia and Bourdeaux wine from Chateau Carbonnieux, a winery Thomas Jefferson visited in 1787 while serving as Minister to France. Hollande toured Monticello yesterday with President Obama.

Gearharts produced a limited quantity of the ceremonial chocolates, but sells a similar version using wines from Barboursville Vineyards at its shops in Charlottesville and Richmond.