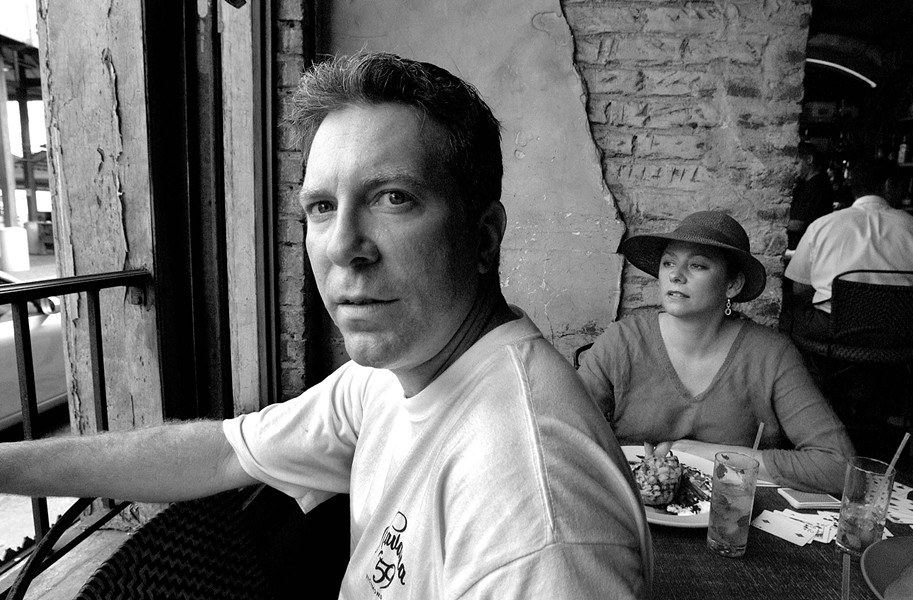 Scott Elmquist
Word spread through the local restaurant community Saturday that longtime owner Michael Ripp died after an extended battle with cancer. Just weeks ago, he opened the second unit of his Burger Bach franchise in Short Pump and had been working on plans for expansion of the concept in other states. Although hospitalized, he was able to see the new location through Skype just last Thursday, a co-worker says.

Ripp, who was 51, came from one of the city’s most successful restaurant families. His brother Chris owns Can Can Brasserie in Carytown. His father Richard Ripp owns nineteen high-performing Arby’s stores as part of The Restaurant Company holdings.

Michael Ripp became enamored with the New Zealand lifestyle and traveled there frequently, modeling his burger business on the bachelor pads of that country with craft beer and beef in a sports-oriented setting. He entertained New Zealand ambassador Mike Moore at the Carytown restaurant in March, dining on lamb burgers and discussing farm policy and tourism.

Michael Ripp created Havana ’59 in Shockoe Bottom in 1994, and operated City Bar and other restaurants including O’Brienstein’s, Chico’s Mansion and Wildcats, which closed a decade ago. Tax problems at Havana made headlines during a turbulent period, but Ripp resolved the issues and pushed forward with other projects. Staffs at his former and current businesses remembered Ripp via social media and with personal tributes.

“He was a creative visionary and it is amazing what he has done,” says Michelle Elliott, general manager of Burger Bach. “He gave me an opportunity to present the best that I could do. He was caring and kind-hearted and he lived his life. Down to the smallest detail he was involved. Now we just want to make him proud.”

In a 2003 interview with Style, Ripp expressed frustration with complacent diners. His goal was to improve the quality of the local food scene. “If there’s one thing I’d like to see in Richmond,” Ripp said then, “it’s that the diners not settle, because it’s just going to make the restaurants better.”

UPDATE: A mass is scheduled for Saturday at St. Benedict Church.