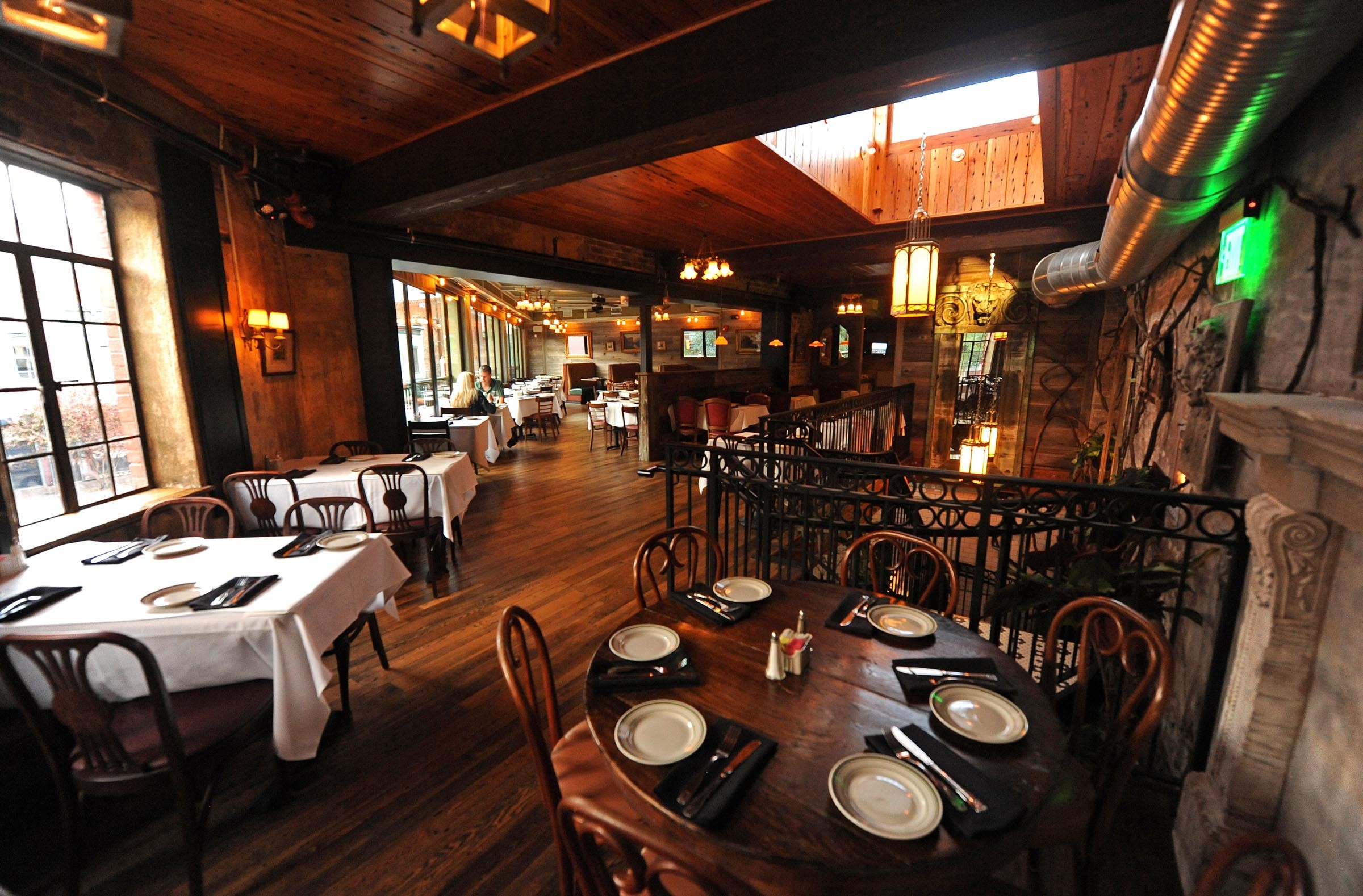 Customers will never notice the 800-amp electrical service, water lines and a year's worth of engineering feats that preceded the new Max's on Broad downtown. They'll be struck instead by the two-story treasure box of artifacts from New York and the borrowed beauty of French brasseries — a zinc bar, tile floors and antique mirrors opposite large, street-facing windows. They're likely to recognize the menu listings — fruits de mer, salads, hors d'oeuvres, sandwiches and entrees — that sometimes are called French soul food, presented here by chef Michael Ledesma.

Max's offers chowder, charcuterie, fresh seafood "and our ability to execute what anyone wants," owner Ted Santarella says, in terms of special requests and dietary needs. Other items include the turkey mushroom burgers ($8), omelets of the day with frites and fruit ($11), full- and half-sized salads, frites with 13 sauce choices ($7), chicken crepes ($8), fried chicken and Belgian waffles with a maple, pomerey and tahini sauce ($14) and tilefish, coq au vin and other classic French dishes. Belgian beer on draft, fine wines and cocktails show European and domestic influences.

Santarella, who also owns Tarrant's Café across Broad Street, doesn't consider this project a stopping point, and is more energized than exhausted by the complexities of a total renovation (already an award-winner) of a former ham shop.

"I had to get out of the realm of Tarrant's," he says of design decisions. "I would go to New York and see these architectural embellishments — the tile, the light fixtures," and collect them for the project. Helping give heft and a sense of somewhere else to the place are a 9-foot verdigris lion's head mirror, industrial pendants from Idlewild airport (later renamed Kennedy), reclaimed heart pine for walls and ceilings, a coffered ceiling treatment copied from Maymont's porte-cochere, woodwork from Caravati's and decorative vines and plantings behind the custom steel staircase.

Core values: You can taste local apples the more adult way at the Richmond Cider Celebration on Nov. 16, from noon-5 p.m. at the 17th Street Farmers' Market. For a $15 ticket, guests can sample five hard ciders and a pair of apple-themed foods. There will be food and nonalcoholic beverages for sale, live music and family activities, with kids younger than 12 free, and ages 12-18 for $5. Cider-makers, all from Virginia, include Albemarle Cider Works in North Garden, Blue Bee Cider in Richmond, Bold Rock Cider in Nellysford, Castle Hill Cider in Keswick, Foggy Ridge Cider in Dugspur, Old Hill Cider in Timberville, Potters Craft Cider in Free Union, and Winchester Cider Works in Middletown. ciderweekva.com.