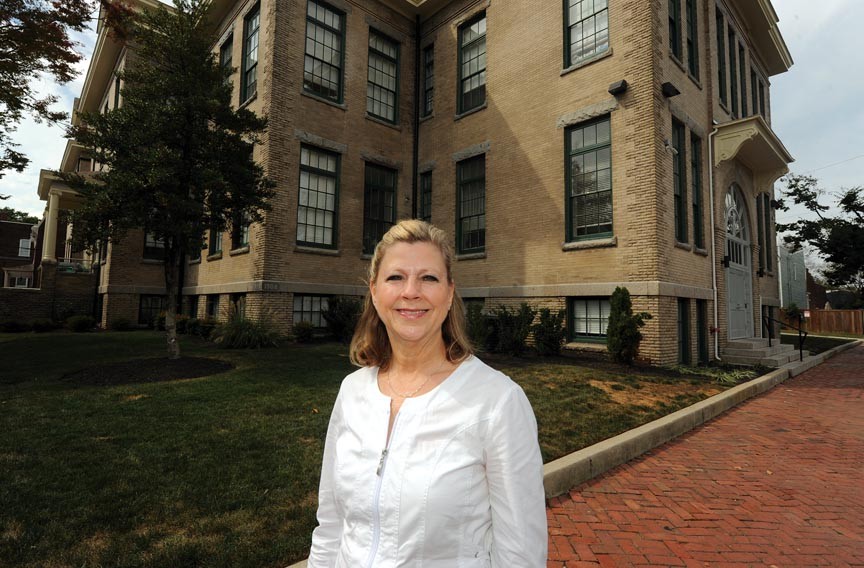 Church Hill gets another cafe this quarter, with Kathleen Richardson opening her third Urban Farmhouse in the Lava Lofts building at 310 N. 33rd St.

That's the former Chimborazo School, a circa-1902 building converted into 50 apartments. The ground floor cafe and coffeehouse will have 60 seats, a patio and an expanded market section for local foods and natural products.

The business began in Shockoe Slip and expanded to Midlothian last December. The Church Hill location is expected to open in December with a series of eco-conscious events. theurbanfarmhouse.net.

Reason to eat: Guest chef night at Positive Vibe Café is always a draw because many of the city's most accomplished chefs give time and energy to the cause, training those with disabilities to work in the food service industry. The list of volunteer chefs includes Frits Huntjens, Rob Hamlin, Paul Elbling, Dale Reitzer, Walter Bundy, Q Derks, Ed Vasaio, J Frank, Todd Manley, Jannequin Bennett, Greg Haley and many others. October, which is disabilities awareness month, spotlights an up-and-comer to those ranks: Chef Jenson Larrimore, who's worked at Buckhead's and was kitchen manager at Mamma 'Zu for two years, will be in the lead role Oct. 27. The cafe also caters buffets, banquets and receptions, offers boxed lunches, and celebrates its ninth anniversary in January, with more than 400 graduates of the program. 2825 Hathaway Road. positiveviberva.com.

Shells and skins: Come as you are to an informal social at Manchester emporium Camden's Dogtown Market on Oct. 13 at 6:30 p.m. The night features Anderson Neck oysters with Michael Hild at the shucking station. Chef Andy Howell says he'll have at least five sauces to pair with the bivalves along with sparkling and still wines. And "for those of you that have an involuntary gag reflex toward raw oysters," he says, "I will offer to put some in the oven or fryer to order" with an RSVP request. They'll screen the Redskins game later, with chicken wings and incentives to those who wear Redskins jerseys. Reserve a spot by email at camdensdogtown@gmail.com.

Downtown destination: Live music, appetizers and drinks are new reasons to check out the renovated ballroom at the John Marshall Hotel. An early evenings series started last month and runs from 5-8 on Wednesdays and Thursdays. It starts with an hour of complimentary appetizers and prices for additional tastings. Homemades by Suzanne also offers weekday lunch at the hotel, 101 N. Fifth St. thejohnmarshallballrooms.com.

Shockoe schooling: Kitchen on Cary is now open at 1329 E. Cary St., serving dinner Monday through Saturday. It's an offshoot of Culinard, the culinary institute of Virginia College, with a menu of contemporary American small plates and entrees, beer and wines. Blackened tuna, shrimp and grits, risotto, steaks and salads are among the offerings. Lunch hours will be added later. 643-1315. kitchenoncary.com.

Absinthe revival: The nuances of absinthe will be explored Oct. 11 at Heritage, 1627 W. Main St., when Joe Pawelski of Overland Distillery joins the bar staff to pour Trinity absinthe. In addition to the traditional French service, the "green fairy" liquor will be featured in specialty cocktails, $8-$12, from 11 p.m.-2 a.m. Trinity absinthe is made with grande wormwood, anise and fennel and is only recently available in Virginia. heritagerva.com.