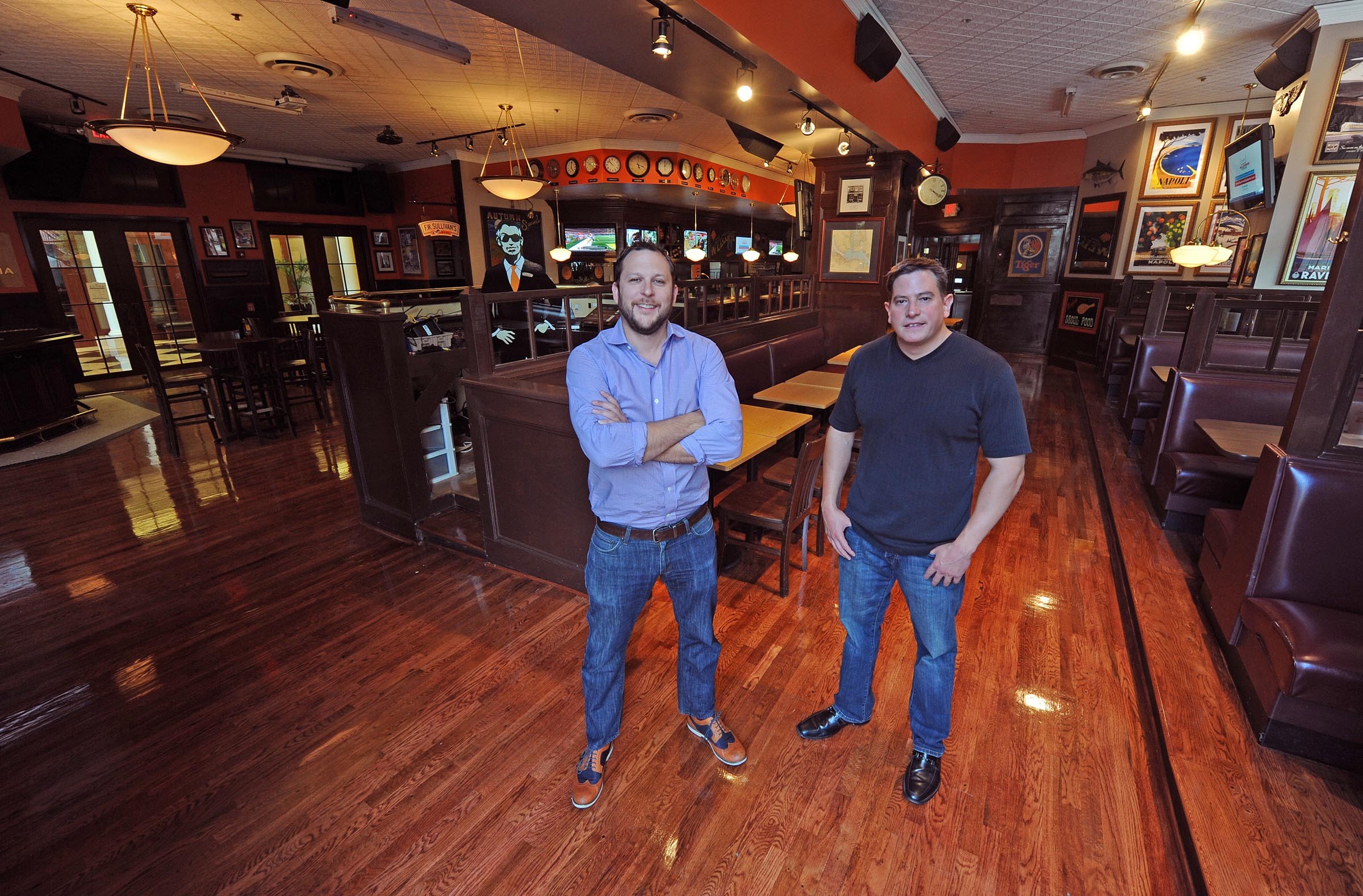 For anyone who thought the Canal Walk was a ghost town, it turns out there’s more foot traffic than in the Fan. At least that’s the observation from Jake Crocker about the newest link in the F.W. Sullivan’s chain.

“We’ve got hundreds of people sitting on top of us” in the Troutman Sanders building, Crocker says, “and I’m shocked at how much foot traffic we get” past the new business, F.W. Sullivan’s Canal Bar and Grille. It opens this week in the former Black Finn space at 1001 Haxall Point, basically doubling the area’s restaurant options.

While much of the menu and beverage list will carry over from Sullivan’s Fan location, this one has twice the taps, will offer a lunchtime salad bar, and is “taken up a notch” in décor and design, Crocker says. It seats 157 inside and 40 on the patio, and has a street-artist mural of Richmond landmarks including Gwar and George Washington. An oyster bar, tacos and deli sandwiches reflect the group’s other local holdings at Lady N’awlins, Jorge’s Cantina and Uptown Market. Sully’s on the Canal, as it’s nicknamed, serves lunch, dinner and bar daily.

Dining distractions: While you’re waiting for food at Tarrant’s Café on Friday nights, you might get a few card tricks from John Smallie, a member of the International Brotherhood of Magicians and a longtime table pleaser. Over at Burger Bach in Carytown, bar sitters are treated to an endless infomercial loop advertising female booty shapers — buns the obvious theme.

Market influx: Two restaurants formerly connected to chef Andy Howell (Camden's Dogtown Market) are on the market. Avenue 805, in the Fan, and Zeus Gallery Café, in the Museum District, are ending their long runs. Both owners announced their businesses are for sale. Zeus, open for 20 years, will continue to operate for now, owner Ted Doll says. And so will Avenue 805, with cheap date night, sports on TV, mussels and frites, and other inducements. See details at avenue805.net. Several other properties also are looking for buyers as the city’s food scene continues to expand and contract.