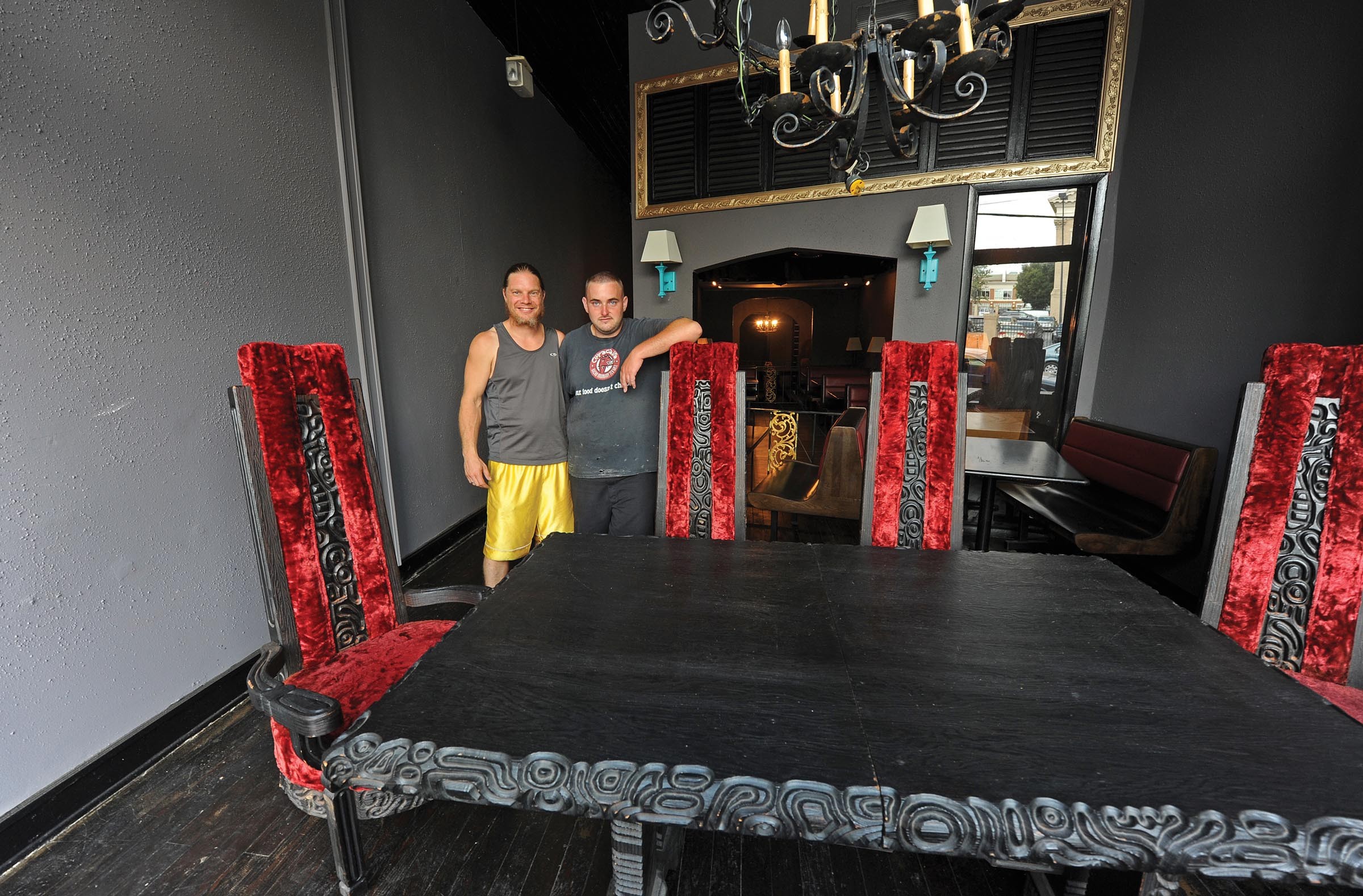 Another food truck moves into brick and mortar territory next month, bringing entertainment options and a range of tastes. Fans of the Chupacabra food truck have been on alert since Chris Mullenix and Jason Williams announced they're opening the Lair at 17 W. Main St. in the former Caribbean Mingles across from the Jefferson Hotel. It's a big collaborative with local food purveyors, rambling rooms filled with booths, a bar and patio. Upstairs, a stage, dance floor and VIP room are getting final touches.

Four food trucks are connected to the Lair — Killer Pizza, Sweet Thing, Kappa Sushi and the Mexican fare of Chupacabra. "This is the lair where your monster lives," Williams says of the concept, "and this is a destination for a community that has created itself." Look for daily breakfast and lunch hours starting in early October, with full service and late nights coming at Halloween.

Beer Brigade: The new Chester business the Bucket Trade is built around beer. But that doesn't mean desserts are an afterthought. James and Aimee Hartle open their pub this weekend after years of self-described geeking out on craft brews. They recruited baker Michelle Wilson to make beer-soaked cakes, beer brownies and beer-drenched icing to highlight their menu.

The Bucket Trade is named for a Prohibition-era practice in which boys delivered beer to law-breaking drinkers by the bucketful, a forerunner to today's growler. The Hartles' tavern in the River's Bend Shopping Center sells those, along with sliced-to-order deli sandwiches, maple-bourbon and hopped pickles, beer-infused mustards, local cheese plates and the beery desserts to enhance 16 taps, a rotating list of brews and hard ciders. It isn't a coincidence that they placed the business near Fort Lee, where a built-in audience of quartermasters presumably stands ready to check out the goods. Hartle is a Colonial Heights native and works at the base.

Although the couple is well-versed in craft beer — and history and zombies — "we want the knowledge and experience to be there, but not come across as condescending," James says of the approach.

"It's more about fun and expanding the different choices that are available here," Aimee adds, "and to offer a well-rounded craft beer experience, especially proper glassware and temperature."

The room has eight tables, nine seats at the bar, and sandwiches in the $8-$9 range. Open nightly with lunch to dinner hours on weekends. 13131 River's Bend Blvd., Chester. 322-3372. thebuckettrade.com.

For the music: A new event to benefit the Richmond Folk Festival combines 10 local chefs and a community cause. The Richmond Folk Feast is set for Oct. 8, from 6-9 p.m. at upper Tredegar Ironworks. Tickets are $100 and include weekend parking for the festival. The chefs cooking include Jason Alley of Comfort and Pasture, Mike Braune of Secco, Randall Doetzer of Julep's, Dylan Fultineer of Rappahannock, Lee Gregory of the Roosevelt, Velma Johnson of Mama J's, Owen Lane of Magpie, Randy Roscoe of Mosaic, Joe Sparatta of Heritage, and Tim Bereika of Mosaic. James Justin and Company will perform, drinks are included in the price, and signature beer Wild Wolf's Folktoberfest will be on tap. richmondfolkfestival.org.

Know your meat: New at this month's Virginia State Fair is a free course called Moo U, a 50-minute guided tour of the livestock barns. Farmers talk about how pigs, cattle, sheep and goats are raised. The fair runs Sept. 27- Oct. 6 at Meadow Event Park in Caroline County. New food items this year include chocolate-covered bacon and a host of fried sweets. statefairva.org.