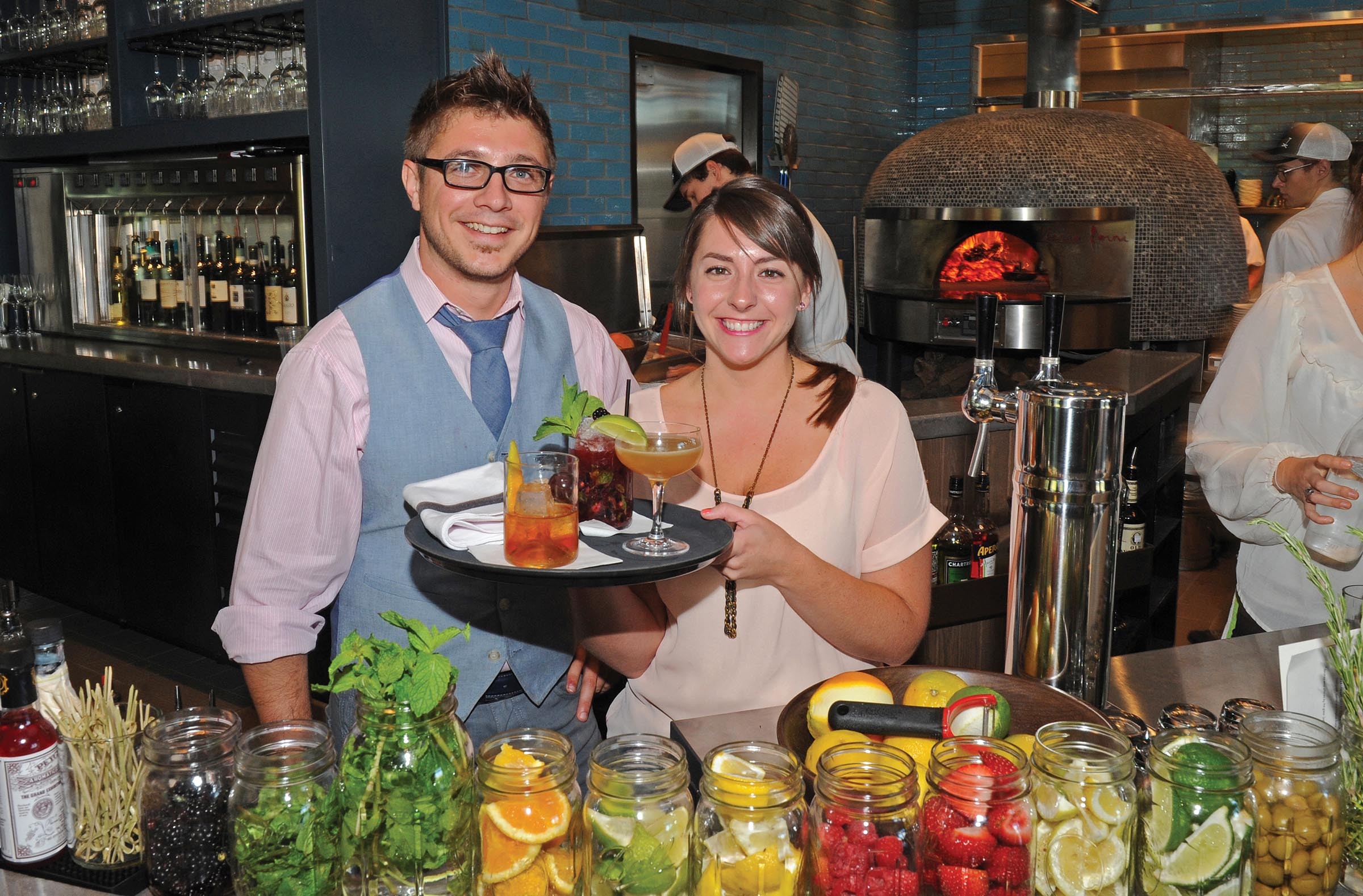 In the Best Way to Open a Restaurant category, partners at the new Tazza Kitchen in Short Pump started with a journey. Over six months they documented visits to "two eerily similar regions that we fell in love with," co-owner Jeff Grant says.

With business partners John Davenport and John Haggai and photographer Derek Bennion, among others, the group explored Valle de Guadalupe in Baja, Mexico, and the Campania region of southern Italy. In both places, wood-fired cooking, simple ingredients and ebullient hospitality became the basis for Tazza's intentions.

The trip is documented on the restaurant Facebook page because "telling the story is very important to us," Grant says. "When it comes to the passion that these people have for their food, eating with friends and family, they take time to enjoy their meals" — with nary a cell phone in sight.

That might be a stretch in Short Pump, but the resulting Tazza is a dramatic blowout of the former Café Caturra in the same spot, now with a sophisticated rustic decor and the bar's focal point, a handcrafted Italian oven. It's a double-door design — pizza from the front side by the bar, and from the kitchen behind it, braised meats and roasted vegetables. There's no butter on the menu save the fingerling potatoes, because 800- to 1,000-degree heat chars foods into a caramelized state, sometimes enhanced with a bit of olive oil.

The menu has snacks, salads, fish and sausage and other spicy, savory fare, with two desserts — a chocolate budino and a pair of cannoli with broiled grapefruit and honeycomb. The bar has taps for two wines and several craft beers, along with international wines by glass, carafe and bottle and a handful of craft cocktails.

Since opening in late August, "people are thanking us for bringing this here," Grant says of the franchise-heavy neighborhood. As for potential spinoffs, he says, "we're taking it one dinner shift at a time." Tazza Kitchen serves dinner nightly and will extend hours for lunch and brunch, and a possible late-night pizza bar, in the near future. 3332 Pump Road. 716-6448. tazzakitchen.com.

Boka by the booth: It took awhile, but the brick and mortar version of the Boka Tako food truck now is fully operational. Starting this week, Boka Kantina near Regency Square Mall will serve lunch and dinner daily except Sunday, with brunch planned for weekends later this year. The dining room's mustard and black decor is accented with stone tile, and black vinyl booths seat about 45 customers.

"We're really giving it a Fan feel," owner Patrick Harris says, "with all the craft brews, an eight-draft system and some international bottles" to complement the Boka gauntlet — Asian, Mexican and American flavors. Besides beer and taco pairings, the menu has empanadas such as scallop and bacon, pastas including lemon grass, coconut and curry shrimp, a wild mushroom salad with Gorgonzola and garlic cream, and braised lamb confit pizza on a rotating list from Grate Pizza, a Boka sibling business. 1412 Starling Drive. 928-2652. bokatruck.com.

Closed: Boo's Brown Bag in the Fan is the latest casualty in a location that's changed hands almost yearly. Have a Nice Day Café lost its ABC license and is no longer operating.