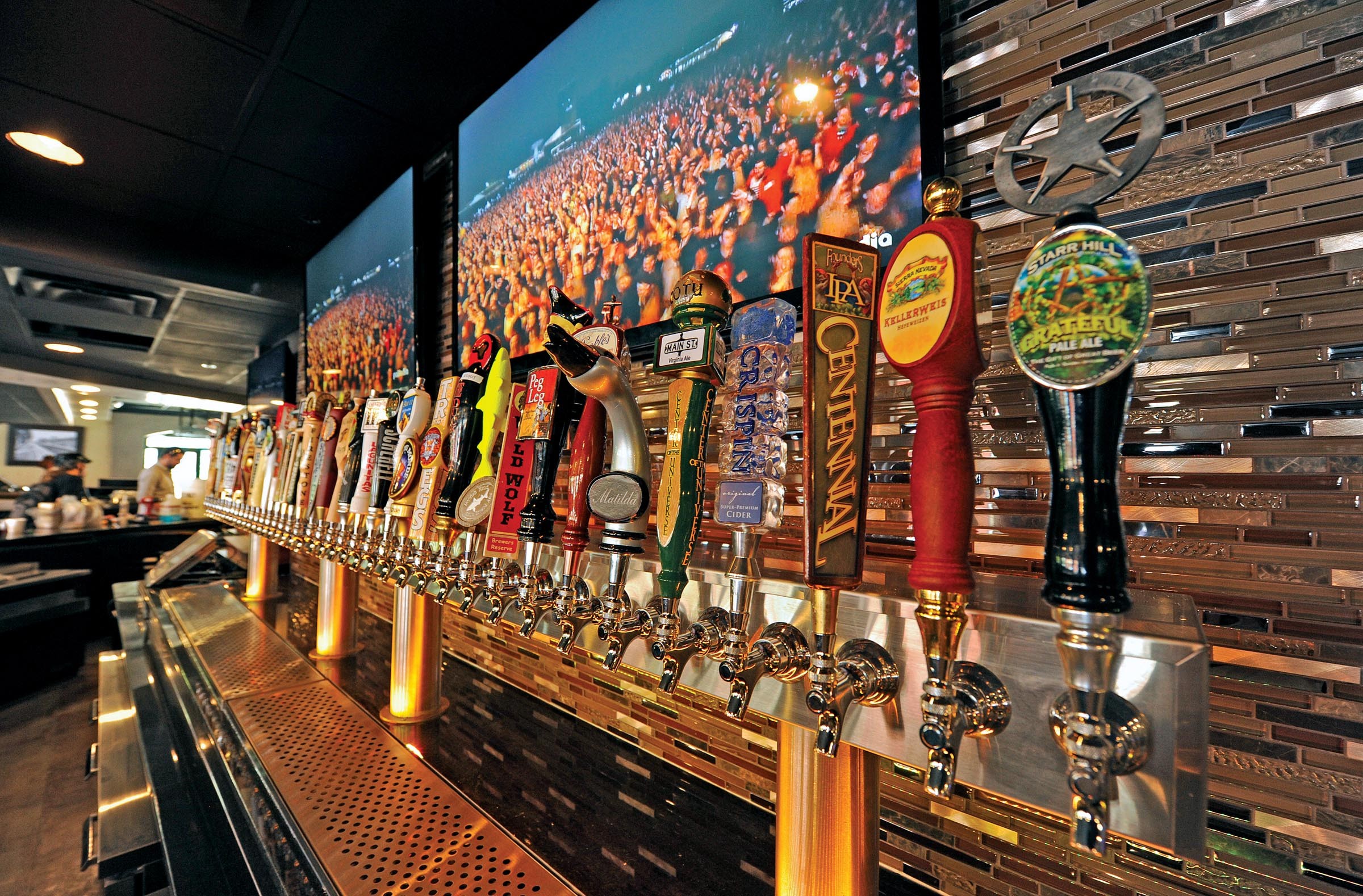 It's all systems go at the city's newest pub, Southern Railway Taphouse, opening by mid-August at 111 Virginia St. "Things are going really well," says general manager Roland West, who's opening the taphouse for owners Hani Atallah and Chris Farag, brothers who also own Off the Hookah on the same block.

But the businesses are entirely different, West says — "and this is no nightclub at all, it's work-force-focused. I hope that everybody around here gets off work, comes here for drinks and food and winds it down from there — a mellow and fun place hitting a different market" than the club scene at Hookah.

The taphouse will have 40 craft brews on draft and "food we're comfortable with, done in different ways," West says. Chef Ed Blase is experimenting with cheese-stuffed, fried meatballs as appetizers and a range of beer-compatible burgers and bar bites.

The long building, formerly Southern Railway Deli, has new walls to separate spaces into two bars with a mix of booths, high-top tables and garage-door windows opening to a spacious patio above the Canal Walk. The business will open at 3 p.m. daily with weekend brunch. In a few months, a late-night express cafe at one end of the building will open, selling pizza and snacks to the post-club crowd.

For now, the taphouse staff is hired, the draft systems are in, permits are nearly complete, and West sees plenty of curious bystanders and worker bees watching while the paper comes off the windows at 14th and Canal. srtaphouse.com.

Taste testing: Some companies do golf outings or rope courses for team building, and some compete over food and how best to present it. For the staff at catering company Mosaic Edibles, a training conference last week started with a sandwich throw down and moved to restaurant-concept wars. Teams came up with pitches for new projects — a food festival, a benefit bash, a wine dinner and a brew pub among them — and presented them to the group, bosses and judges in "Shark Tank" fashion. At least one will become a reality when Hardware, a new restaurant in downtown Charleston, S.C., opens next year. Others concepts are under consideration.

And in a departure from its usual format, Mosaic now operates an express cafe at the Colonial Shooting Academy, 6020 W. Broad St., with grab-and-go items and coffee served daily from 9 a.m. Its restaurant, in the River Road Shopping Center, has sister businesses in Suffolk and Charleston. The company plans to move into new quarters at the C.P. Dean building on Cutshaw Avenue later this month, with plans to expand its nationally honored catering operation — hence the search for team talent.

Burnt offering: A flickering candle on the restaurant table is a nice touch, but here it comes at a price. As Secco Wine Bar, owner Julia Battaglini discovered and tweeted last week that burning candles requires a $40 yearly permit from the city fire marshal — leaving owners to deal with yet another levy, this time on lumens and loveliness.

Craft on draft: Expect no less than an event every day during August, which is craft beer month and an excellent excuse for local businesses to dream up promotions. Find a list of tap takeovers, beer dinners, concerts and food truck events online at rvabeermeister.com on the calendar page.