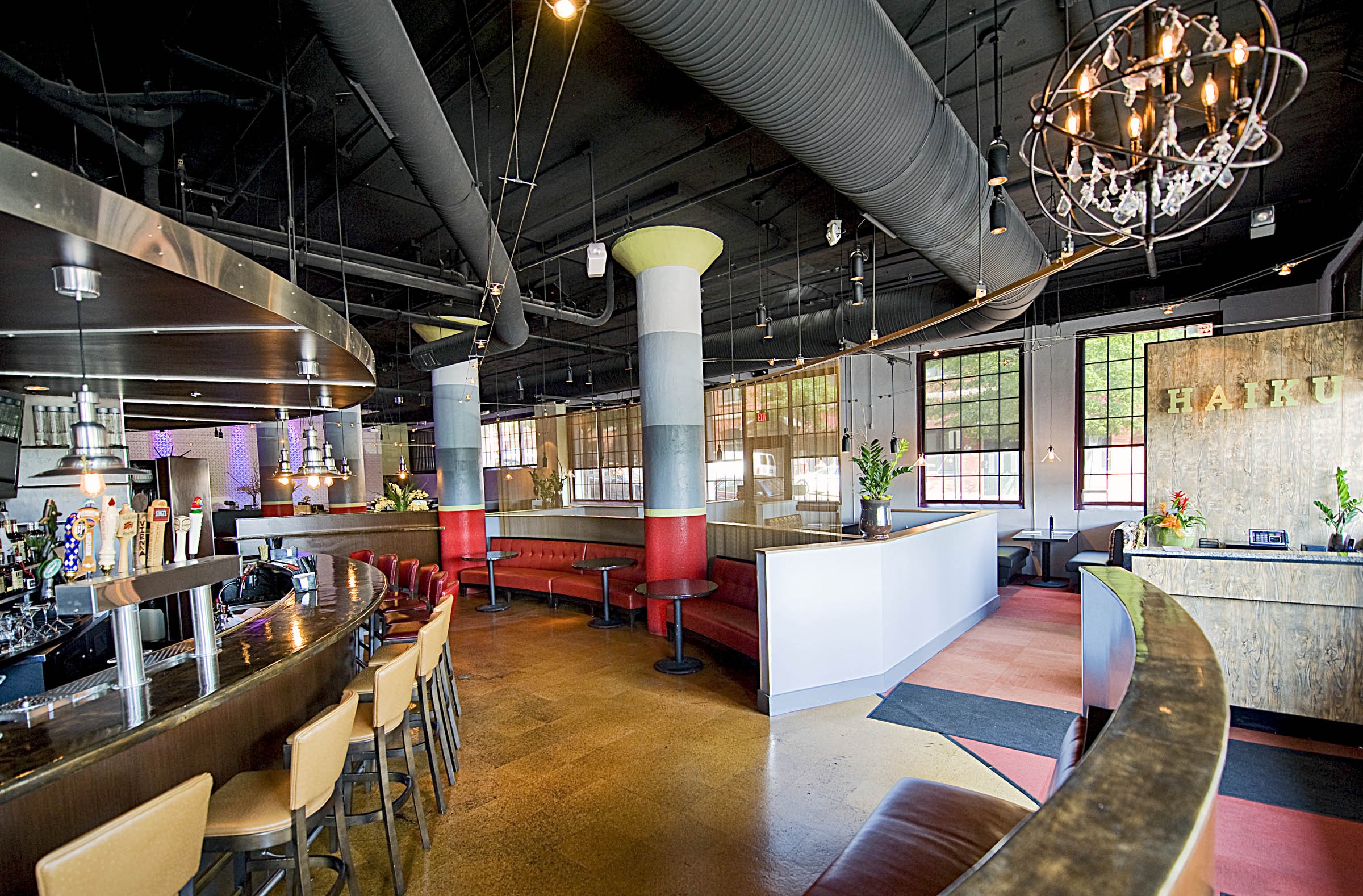 Suddenly the food scene is all about noodles — with a Noodles & Co. franchise coming to the old Biograph Theatre (Hyperion and Club Xcape), and My Noodle coming to the former Cellar Door at 1600 Monument Ave., in the Stuart Court Apartments. On the upper end of the culinary scale, Haiku Sushi & Lounge has opened at 2222 E. Cary St. in the former Sensi.

It's a completely different scene, orchestrated by Hai Truong and Michael Hinerman, who bring their backgrounds at Osaka Sushi and Steak to the venture. They're serving a wide menu of Asian favorites that include several versions of pho, banh mi, tempura and sushi lunch boxes "in the blue-collar price range," Truong says, with most items costing less than $10.

For dinner, five versions of ceviche are offered, along with steak, lamb and fish entrees, and seitan and vegan options. From the bar, Japanese rice lagers and craft beers accompany a select list of wines and sakes. Newcomers to sake will find information on the menu that explains the variations.

Truong supervises the kitchen and also hand-crafted the décor, applying recycled sugar cane wallpaper and redoing booths and cushions in red. Lighting effects will change colors, and a faux fireplace in the private party room is catching attention for its unique design.

"I'm so happy to have my own space and location," Truong says. "And this is not our last."

Haiku serves lunch on weekdays, with dinner and bar hours Monday through Saturday. 658-0621.

"I think Richmond is ready for this next step," Bess says, "and people want a more sophisticated style. We're done with the low budget bars. People look downtown for the next new thing, and we want to be the leader of that." The partners will follow Society's debut with a similar reinvention next door at Cha Cha's Cantina later this summer.

Summer soirees: Local chefs have jumped from food festivals into a new round of special-occasion dinners. Two that inspire road trips include:

Chefs Owen Lane of Magpie and Joe Sparatta of Heritage team up with Hill and Holler for a roving farm dinner June 16 at Belle Haven in Scottsville. A garden reception with Hardywood Park beers and canapés moves to the family-style table service and King Family Vineyards wines. Tickets are $100 and proceeds benefit City Schoolyard Garden. See hillandholler.org for details about the group's mission to offer a fine dining experience in a rustic atmosphere, supporting local growers, chefs and local nonprofits.

Chef Tucker Yoder of the Clifton Inn in Charlottesville has invited Richmond chefs Sparatta, Tim Bereika of Secco Wine Bar and Jason Alley of Comfort and Pasture to create a Southern-inspired dinner in the garden July 29. Pork from Autumn Olive Farm will be featured. Guests will take home jars of barbecue seasoning as mementos. Tickets are $88 per person or $150 with wine pairings. Tax and tip are extra, and seating is limited to 100 guests. The evening begins with hors d'oeuvres at 6 p.m., followed by an eight-course dinner at 7 p.m. Reserve at 434-971-1800. cliftoninn.net.

Dinner for Dad: If Father's Day calls for a restaurant outing June 16, Style Weekly food writers offer a few suggestions for where to go for a manly meal. Karen Newton recommends the Savory Grain "for all the beer choices and large portions of manly things like pork chops and meatloaf." Robey Martin considers the Father's Day keg and oyster fest at Hardywood Park Brewery "pretty manly and family friendly" with steamed and raw Rappahannock oysters, crab cakes and beer. Don Baker recommends the upscale — Ruth's Chris, Lemaire and Amour Wine Bistro, or the sporty — Capital Ale House, or the naughty — Hooter's, for that certain kind of dad. Ellie Basch also lists some fine-dining favorites for the suit and tie, silver-haired dad — Buckhead's, Arcadia and Lemaire; or for the "young professional, cool dads" the Black Sheep, the Roosevelt, Magpie or Saison. Matthew Freeman agrees that Saison hits the mark with excellent beer choices and meaty entrees.

Foodie update: Because it's been well received from the start, the West End food court at All Saints Episcopal Church on River Road is now running weekly on Wednesdays, 5:30-8:30 p.m.