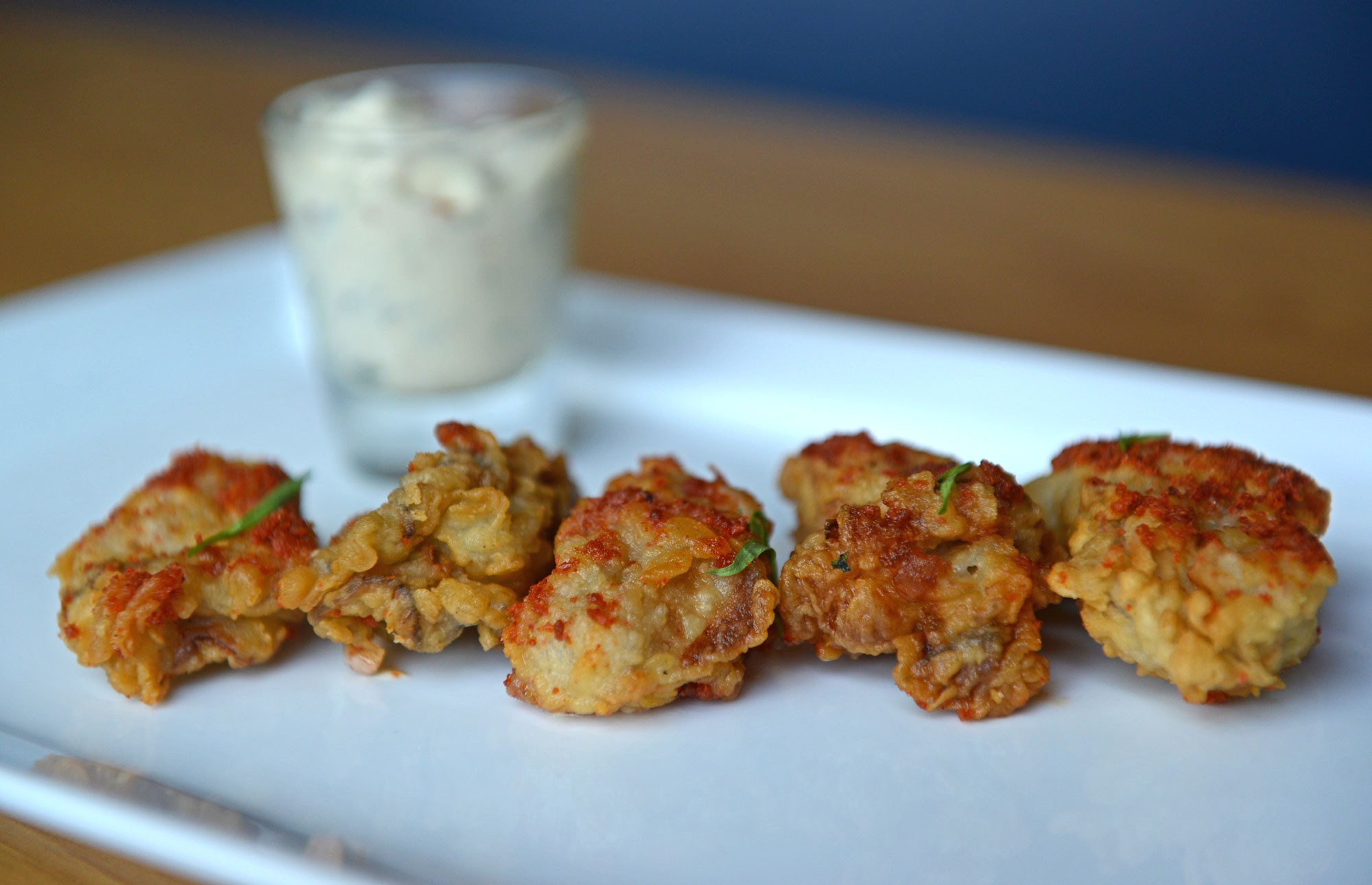 The best thing about the first annual Richmond Bacon Festival, besides the bacon, is that it's free. Baconfest Chicago costs $100 and more, and similar ticket prices are likely for new bacon festivals coming to San Francisco and Washington.

Here in Richmond, as many as 10,000 people are expected — weather permitting — June 9 at the 17th. Street Farmers' Market. Event organizer Stephen Tuzeneu of Brown Distributing calls it "a day for the celebration of bacon … which as the old saying goes, makes everything better."

About 20 local vendors will offer a couple of bacon-rich tasting plates each, for $3 a pop. Look for bacon brownies, bacon shrimp and grits, bacon-dusted oysters, bacon sliders and other sweet and savory snacks. To wash them down, Devil's Backbone Brewery recommends a smoked lager among its 18 brews for $6 a cup. Bold Rock Hard Cider will also be available, and bands including Proverbial will perform from noon until 5 p.m. Proceeds benefit the Enrichmond Foundation, a nonprofit that focuses on city parks, public spaces and the people who use them.

Bacon love, Tuzeneu says, might best be explained by a YouTube video in the epic meal series — the one with bacon-croissant stuffing in a bacon-wrapped turducken that tallies calories in the thousands. While that dish won't show up at this year's festival, restaurants expected to participate include On the Rox, Roosevelt, Popkin Tavern, Station 2, Naked Onion, Aziza's, 2113, Arcadia, LuLu's, the Boathouse, Casa dl Barco, TJ's, Lemaire and the Camel. Many participated in Broad Appétit the weekend before, demonstrating how demanding the city's food scene is becoming for chefs, and how pleasurable for eaters.

Secco Wine Bar is now serving weekend brunch 11 a.m. to 3 p.m. with sandwiches, specials, new cocktails and an always-ambitious approach to fine flavors. See seccowinebar.com for details. Curry Craft Indian Restaurant and Bar now has its liquor license and promises "finesse and complexity" in its Indian cuisine for lunch and dinner at 2915 W. Cary St. Design details are now visible online and through the large windows at the Daily Kitchen & Bar at Sheppard and West Cary streets. Curvaceous green booths and wood details convey the restaurant's emphasis on sustainable foods and healthy eating. Watch for an early summer opening.