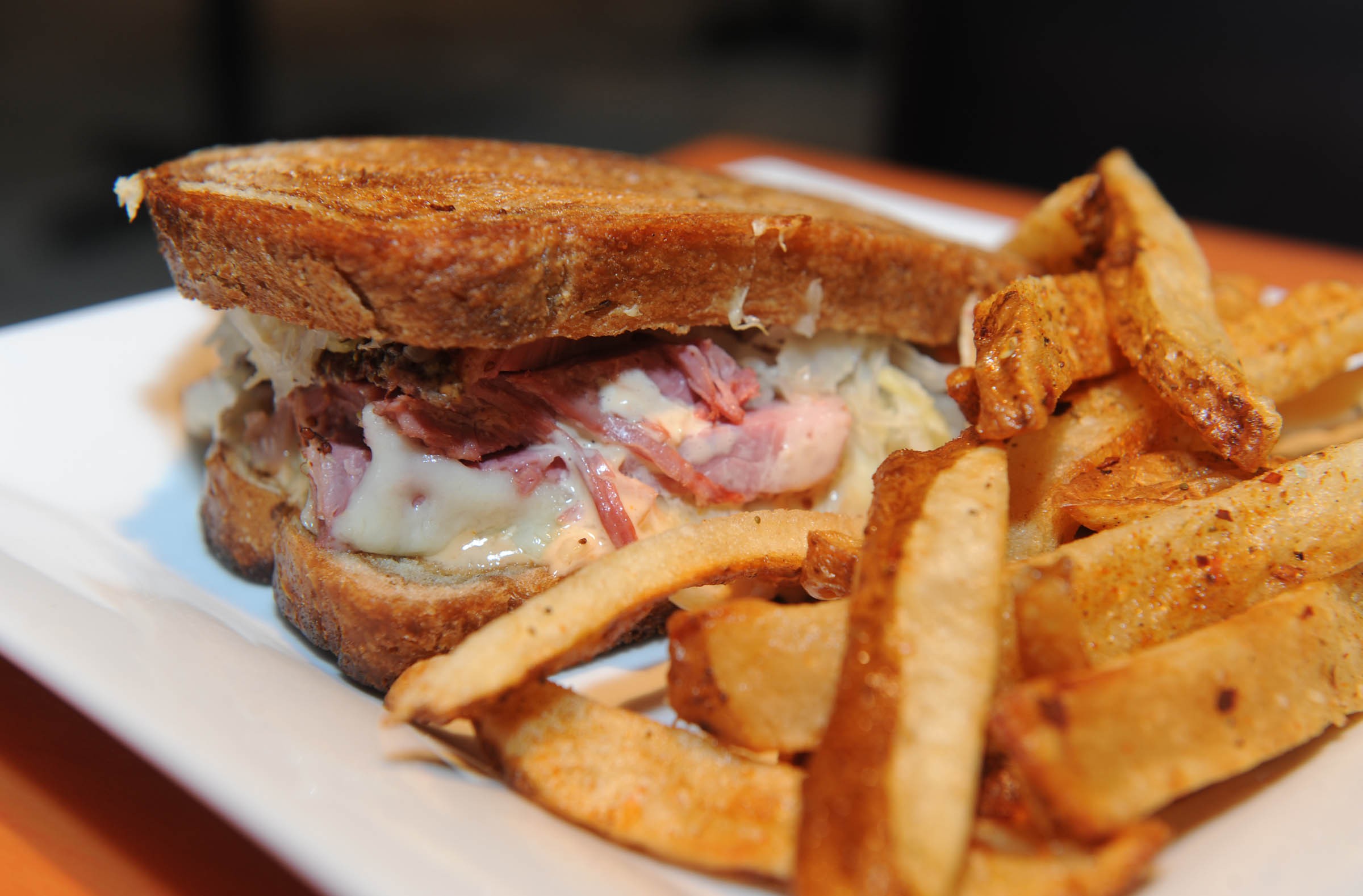 Now that it's called the Well, all traces of Morocco are gone from the former Cous Cous. What remains is a "completely accessible, affordable restaurant and bar," co-owner Alex Copeland says, with "good drafts, good wine service, and where people can get a sandwich and fries for $10 and leave stuffed."

Chef Jacob Goff is serving a format called new rustic cuisine, with items as diverse as a smoked-trout-and-pickle plate, a tempeh Reuben or a burger, with entrees topping out at $14 for pan-seared flounder.

An aesthetic change-up gives the space a larger bar, more booths, a rustic, recycled wood motif and artwork from Chris Milk Hulburt. A jukebox and sofa in the alcove add some coziness to the historic apartment building. The 48-seat redesign represents a collective effort to change identities, Copeland says; former partner John Yamashita of Sticky Rice no longer is associated. The Well opens daily except Sunday at 900 W. Franklin St. 358-9355.

Chef rotation: Ryan Baldwin has left Accanto in the West End after about a year in business; co-owner Peppino Mastromano is taking over and has a new menu with Italian and comfort-food dishes, serving dinner Monday-Saturday at 10478 Ridgefield Parkway. Chef Matthew Tlusty has moved to a consulting role at Arcadia at 1700 E. Main St. Moving to head chef is chef Nicolai Creatore (Millie's, Boathouse, Balliceaux); chef Jen Mindell left Avalon recently to return to her Rooster Cart vegan food truck business.

Canal water: As if the F.W. Sullivan's empire hasn't grown fast enough, co-owner Jake Crocker says a new location in the former BlackFinn Saloon at 1001 Haxall Point in the Troutman Sanders building is set to open by early July. "I was impressed by how little it needed," Crocker says of the fully equipped space, which shuttered last year, leaving liquor bottles on the shelves. "Opportunity keeps knocking. We're not sitting on a tremendous amount of personal resources," Crocker says of the partnership with lawyer Hayden Fisher and others, "but more opportunities keep finding their way to us." Crocker still tends bar a couple of nights a week, saying: "Nobody's getting rich on this. We've sacrificed to continue this long term."

So far the partners have opened five businesses in the past four years, with Jorge's Cantina recently unveiled in the Fan and the Sullivan's theme continuing at the new canal-side spot. It will have free parking, patio space, and 7,300 square feet of booths, bar and party rooms. It will open for lunch, dinner and bar hours daily.

Readers of a recent Crocker rant on reddit.com wondered if the owner was having a public meltdown in fighting online haters. "I'm definitely feeling it," he says of the stress, "but I love the conversations you have in this business, and want us to be the social centers of the community. Richmond is in the midst of a revolution right now, and we're very excited we can be a part of it."

Thai tasting: To celebrate its 20th year in business, Beauregard's Thai Room presents a menu tasting May 29, 6-8 p.m., with meat-based or vegetarian options. A $10 reservation gets three dinner and two dessert samples; cocktail specials will be additional. Reserve at 644-2328. The Thai Room's patio is among the city's most appealing. 103 E. Cary St. thairoom.com.

Downtown destination: In a menu departure worth noting, the new lineup of boxed lunches at Citizen downtown gets into flavors not usually found on the chicken salad circuit. Options include butternut squash with curry cashew butter on focaccia, beef brisket with carrot daikon salad, and sides such as blanched citrus beets and celery root slaw. Chef Greg Johnson's weekday breakfast and lunch spot in the Mutual Building also has a Moroccan turkey meatball sandwich, scrambled egg sliders, and soups with house-made crackers, among other temptations in the tiny space. Expect some witty banter at the counter and a full view of the kitchen at 909 E. Main St. on the lower level. On nice days, the cafe's terrace level dining is a prized escape for downtown workers. 780-9038. citizenrva.com.

New food court: Look for the West End Foodie Court at All Saints Episcopal Church, 8787 River Road near Parham, on the fourth Wednesday of each month, 5:30-8:30 p.m. through September.

Go veg: Next month the Richmond Vegetarian Festival returns for its 11th annual event, June 15, from noon-6 p.m. in the azalea gardens at Bryan Park. You can find details about this popular, community-focused gathering at veggiefest.org.

Coming: Southern Railway Taphouse is about to open at 111 Virginia St. in Shockoe Slip.

Eat up: Broad Appetit, one of the city's most significant food events, is June 2, 11 a.m. - 6 p.m. downtown. See broadappetit.com for details.

Not quite open: Sugar Shack Donuts announces its grand opening party June 8 at 1001 N. Lombardy St. Delays in city permits have stalled the business, which was to have opened weeks — or months — ago.