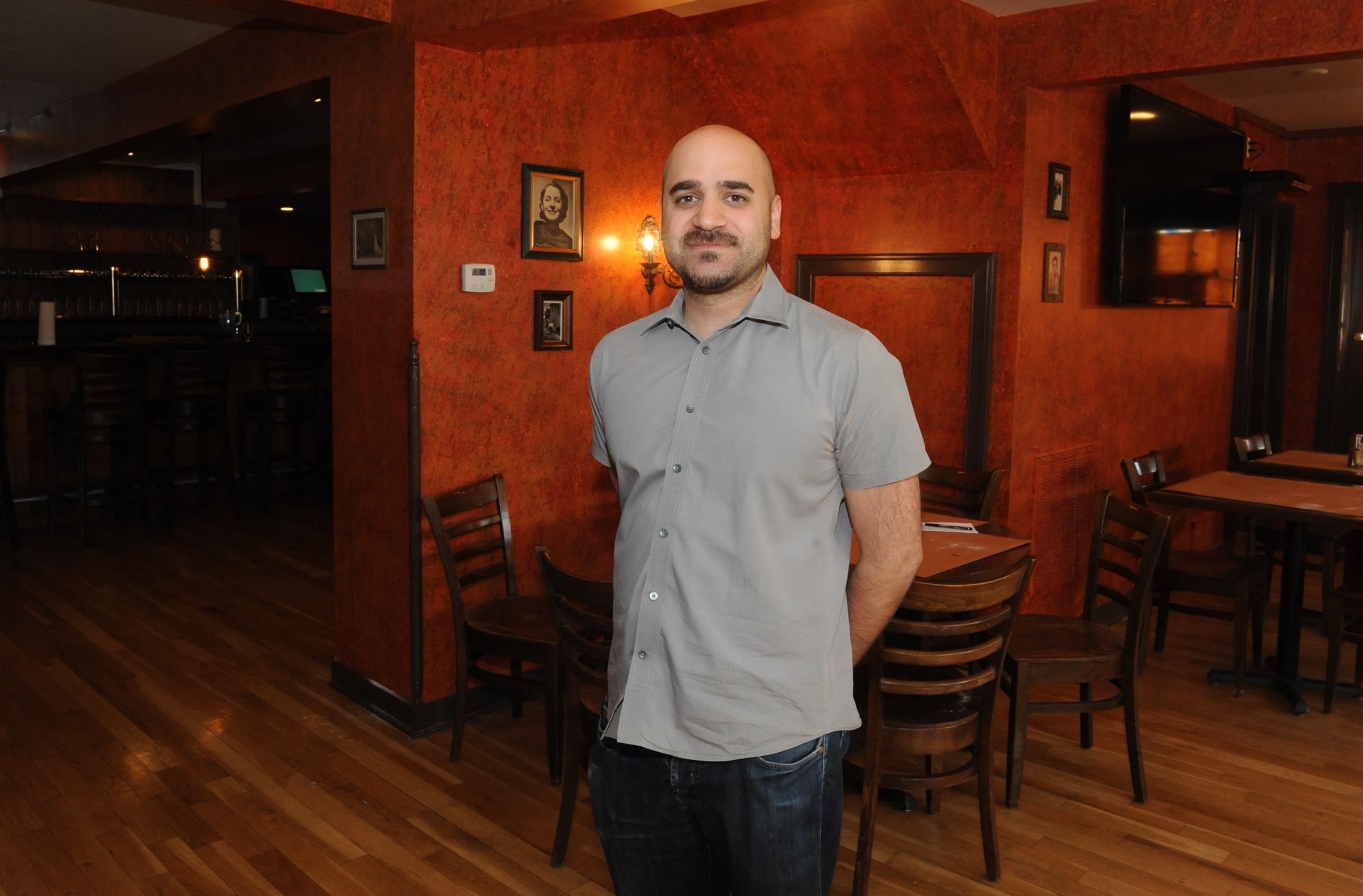 It started with a handshake on New Year's Eve, and 17 weeks later the new pub Portrait House is open in Carytown.

Hamooda Shami, whose three business interests are within 85 steps on a single block, made the deal with building owner Matt Donlon to take over 2907 W. Cary St. after the blow-up of BlowToad. Although Donlon had his choice of takers, it was his familiarity with Shami's partnerships at New York Deli and Don't Look Back that sealed the arrangement.

The inside of Portrait House was warmed with paint from Beth Ross, lending a speckled backdrop for portraits of people and animals culled from flea markets to decorate the space. A juke box is programmed "with nothing obvious," Shami says, and the menu has house-ground burgers on house-made buns, pizzas fired in the coal and wood oven, and assorted sliders. Two-dozen craft beers on tap and an enlarged bar give the two rooms their focal point.

Now that Shami's management company Big Youth has expanded to 120 employees, he's aware that worker interconnectedness is vital. "I know their back stories, and I'm very close to my staff and now the family is getting bigger," he says, with some of them moving into key roles at the new place, including general manager Zach Grout from the New York Deli.

Like its sibling businesses, Portrait House will open nightly year-round — including Christmas Day, Shami says — because "I want people to be able to rely on us."

Early Dinamo: One way to know whether the new cafe Dinamo is open is to look for the propeller out front. The equipment hails from a drone-motor factory where Marilyn Monroe worked before becoming blonde and a star. Now the propeller is turned on when the place is open, compelling a look inside. A short list of options punctuated by Illy coffee makes this a full-service sort of Edo's Squid cafe — mostly Italian, but with twists such as Vietnamese breakfast soup, latkes, rugelach and other Jewish pastries and salty surprises. It serves at 821 W. Cary St. daily except Sundays. No phone or website.

Boo's Brown Bag redux: Changes are in progress at this new Fan District business. Owner Bob Windsor says he's brought in chef Brad Sullivan, a culinary grad who worked at Pescados China Street. On the retooled menu, the Boo-mongous has four quarter-pound burgers, a basket of fries, a basket of onion rings and four cans of soda for $25; the brown bag special is a monster grilled cheese with beer-battered fries and can of soda for $7. Hot and cold sandwiches, burgers, salads, sides and desserts run the comfort-food gamut. Seating is limited to six two seaters, and Windsor is applying for a city permit for patio dining. Delivery is available from Quickness RVA. The business is open from 11 a.m.-9 p.m. daily at 1201 W. Main St. 358-6227.

Searching for winners: Style Weekly reader Bill Rice sends a request for entries to a contest for the Web Marketing Association's best restaurant website of 2013. Enter at webaward.org by May 31. Find information about this volunteer organization, which has worked since 1997 to establish standards of excellence for websites across industries, at webaward.blogspot.com.

Ride now: Act fast if you want to attend a fundraiser at Mint New Casual Cuisine on April 24 during Bike Week III. Following the premiere of "Reveal the Path" at the Byrd Theatre, the cafe will hold a benefit to install wall-mounted bike racks on the building's eastern exterior, and eventually outside other restaurants. Music by Black Girls, raffles from local bike shops, food and drink specials will start with a $5 donation at the door, for guests 21 and older. The custom bike rack sculpture for Mint is the brainchild of James Ginnell of Tailwind Bicycles and artist Daniel Pritchett. "We're way excited to have this opportunity and can't wait to see the Wall of Bikes on Main Street," Mint owner Amy Cabaniss says. 2501 W. Main St. 359-9690.