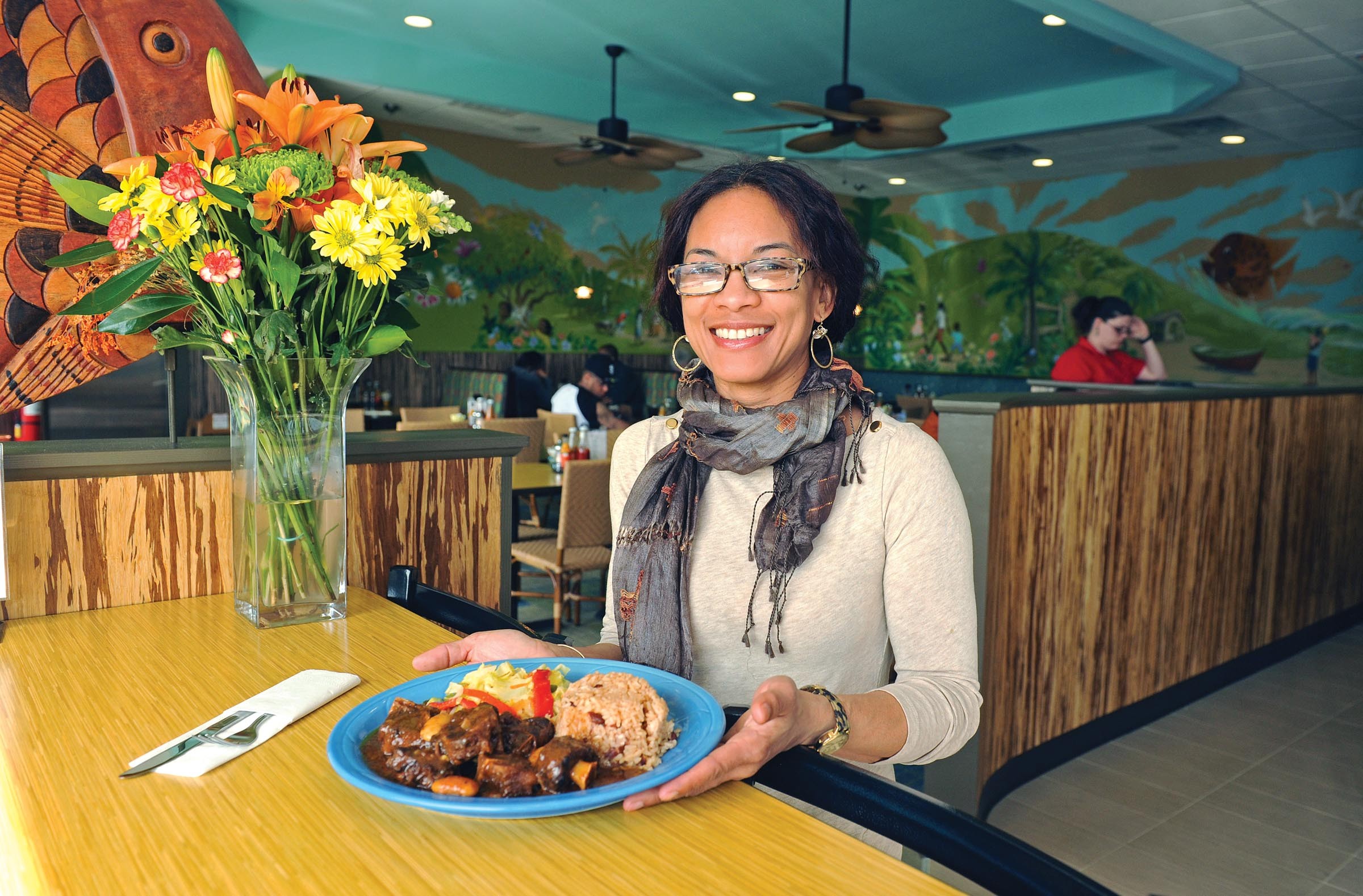 As if the jerk chicken, oxtails and conch fritters weren't enough, there are new items on the menu at Carena's Jamaican Grille, which reopened last week. Jerk angus burger, rum-glazed baby back ribs, grilled salmon in coconut sauce and island flavors inaugurate the second edition of the South Side business.

Carena Ives, whose Jamaica House remains an institution in the Fan, weathered a wild ride to get to this point. She opened the Grille with her then-partner, chef Jimmy Sneed, eventually bought him out, then learned that developers wanted to tear the building down. It turned into a pile of rubble, but Ives was willing to wait for a replacement and opened a food truck on the site. Six months later, the café is reinvented with a strikingly new look and larger size. A few familiar touches remain: Murals painted by Happy the Artist, a Sneed restaurant trademark, are back, as well as the spicy dishes and long-stewed meats that made Ives a local favorite in the first place.

Lunch and dinner are served from 11 a.m. daily, and patio dining is available. 7102 Midlothian Turnpike in the Spring Rock Green Shopping Center. 422-5375.

VIP on the lamb: New Zealand's ambassador to the United States, Mike Moore, visited Richmond for an agricultural conference March 7, stopping for lunch at Burger Bach, 10 N. Thompson St. The Carytown business imports New Zealand beef, cheese and beer and pays tribute to the beach and forest bachelor pads favored by Kiwis for getaways. "I love the design," Moore said of the metal-and-wood décor, ordering a lamb burger that he called "delicious, not over-seasoned like lamb often is."

The historian and former prime minister was joined by Burger Bach owner Michael Ripp and new partner Dan Brantingham, who discussed expansion of the franchise. Next up is a Bach in West Broad Village and after that, perhaps Atlanta. "You guys are doing more for New Zealand than I am," Moore joked, promising to try his country's Moa beer and urging Americans to come visit.

Chefs and farmers invited: As part of next week's TEDxRVA event, Richmond-based MeadWestvaco is sponsoring a meeting to discuss packaging of fresh foods. Designers and scientists will brainstorm with members of the city's food community to develop a "modular, sustainable way to transport fresh produce from farmers' markets to homes and restaurants across RVA," organizers say. The session kicks off March 22 at 10 a.m. and asks the public to share ideas on materials, labeling and other functional issues. newsroom.mwv.com.

Haiku Sushi and Lounge: Coming soon to the former Sensi at 2222 E. Cary St. is a new restaurant from Hai Truong (Osaka Sushi & Steak) and Michael Hinerman, which will feature Truong's recipes, an updated interior and food delivery. Expect an opening by April or sooner.

Closed: Cous Cous, a Moroccan style restaurant and bar at 900 W. Franklin St., announced it will close March 30 after a 7-year run.