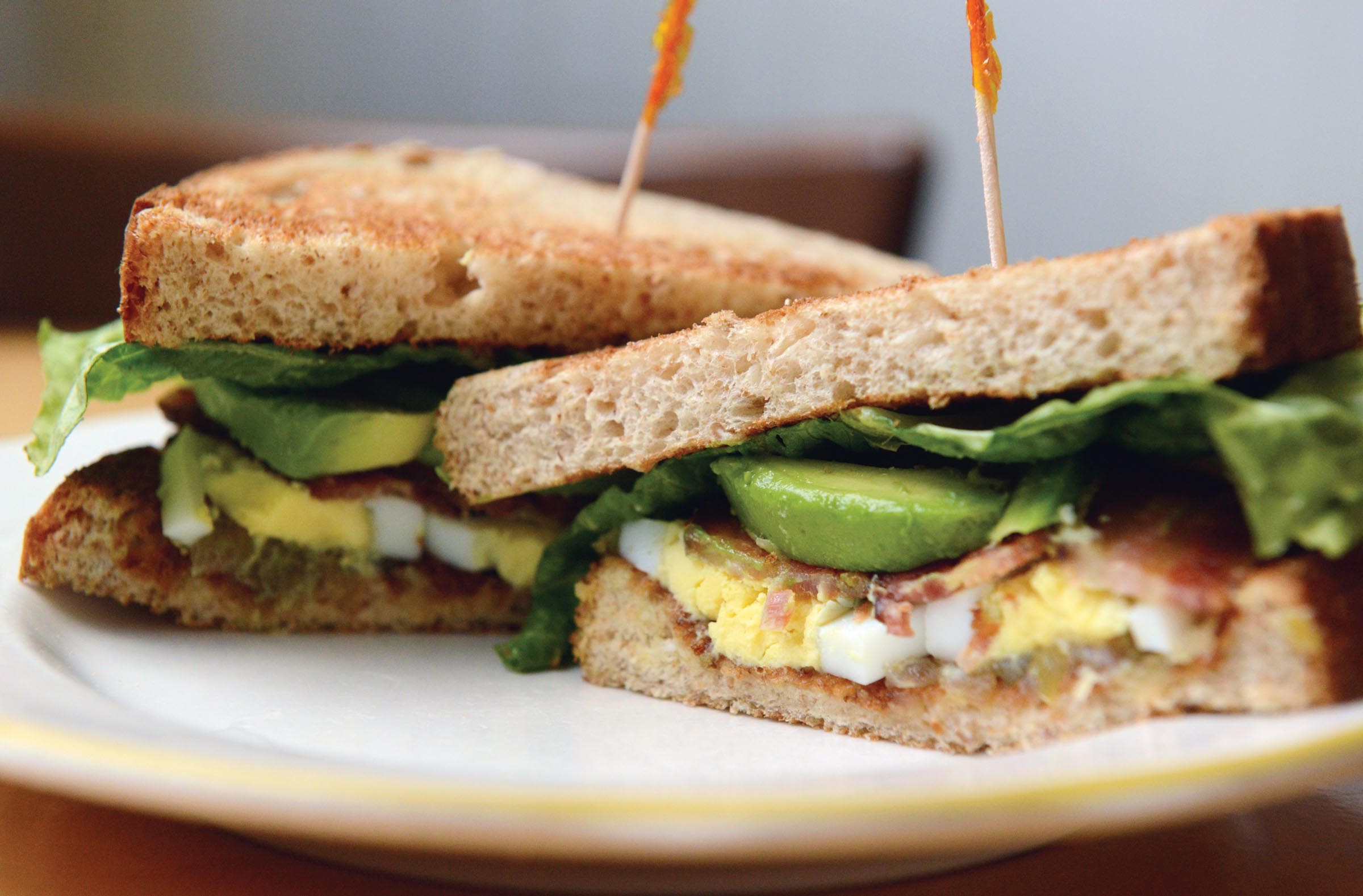 Because owner Kendra Feather is a VCU Rams fan, Garnett's Cafe again is rolling out sandwiches in tribute to seniors on the basketball team. Her similar effort in 2011 drew a phone call from VCU athletics officials worried about an NCAA bylaw prohibiting the commercial likeness of student athletes. So she switched to a jersey-number format. The No. 30 is chicken breast on a ciabatta roll; the No. 10 is bacon, hard-boiled egg and avocado on wheat, and No. 34 is roast beef with cheddar and chowchow on toasted rye. Fans will know that those numbers correspond with players Troy Daniels, Darius Theus and David Hinton. Garnett's Cafe is at 2001 Park Ave. 367-7909. garnettscafe.com.

Coach Class: It's a good thing chefs Walter Bundy of Lemaire and Glenn Pruden of the University of Richmond are helping, because coaches Shaka Smart and Chris Mooney have agreed to a cook-off after March madness ends.

They'll meet April 25 on the basketball court at Benedictine College Preparatory for the benefit — and wagers are flying about each guy's culinary skills. Is there anyone who doesn't know that Smart coaches basketball for Virginia Commonwealth University and Mooney for the University of Richmond?

The event is the brainchild of Garth Larcen and the Positive Vibe Cafe, supporting its training mission and giving fans a chance to see who has the better culinary chops. Tickets are $100 and include food and beverages; they're on sale at positivevibecafe.com or at the cafe, 2825 Hathaway Road. 560-9622.