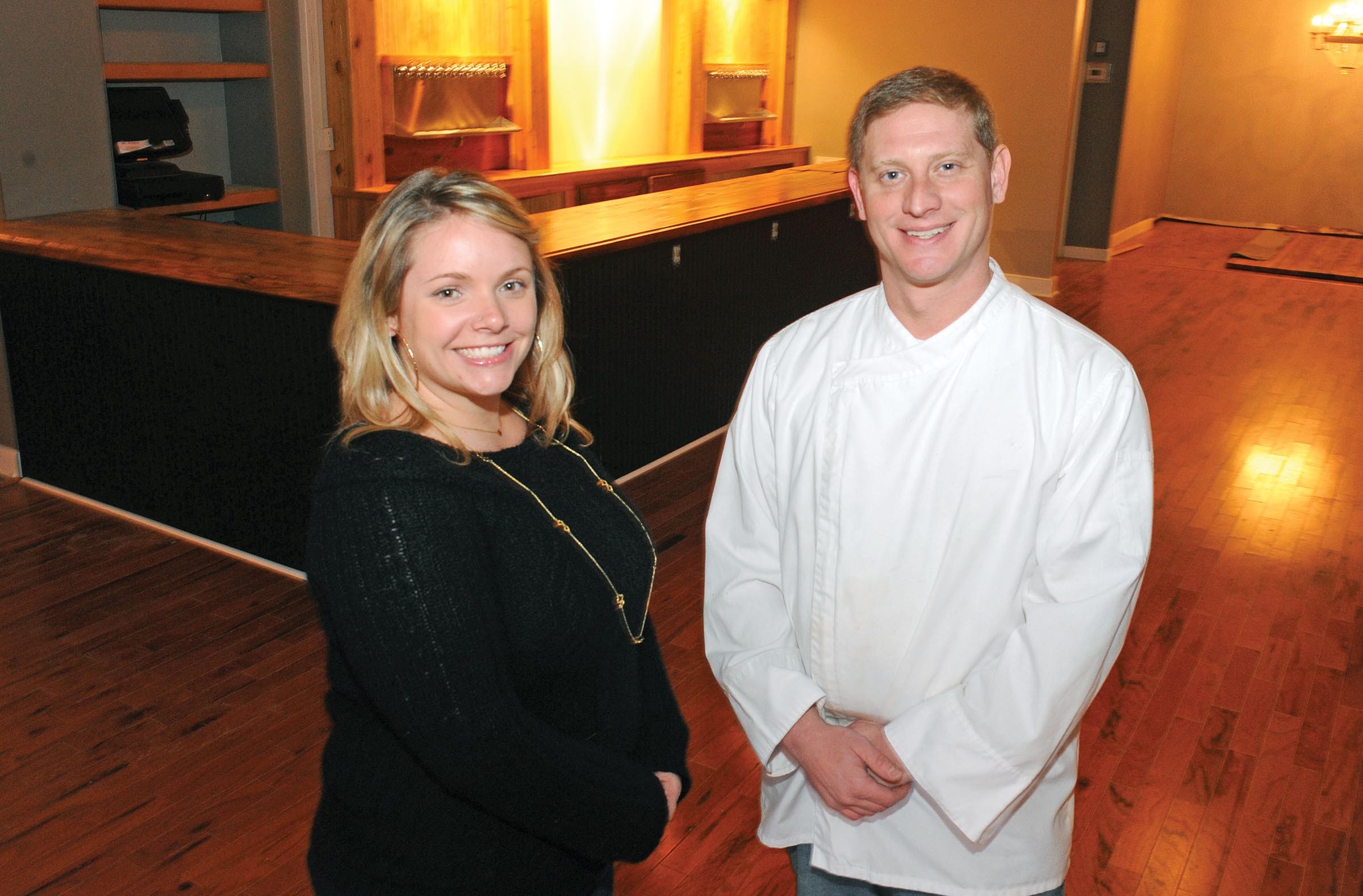 It's a familiar dream to almost all who work in food service — to have their own place, to build on what they've learned elsewhere, to avoid the pitfalls. They hope to create businesses where they won't mind spending 60 to 80 to 100 hours a week, preferably at a nice profit.

Jami Bohdan is about to realize the first part of her long-range dream, opening an upscale draft house called the Savory Grain at 2043 W. Broad St. She's hired chef Sean Murphy to run the kitchen, craft a chalkboard menu that will change twice a month, and bring his following to the venture, which is expected to open this week.

Murphy's cooking experience began with chef Robert Ramsey at the former Foxhead Inn and led to well-received stints at the Hill Cafe, Cabo's, Metro Grill, and most recently F.W. Sullivan's and Lady N'awlins. "Fish and game are something I'd like to be known for," Murphy says, "and I do my own butchering. We'll subtly incorporate beer into sauces and marinades, and do duck, a nice steak, fresh breads and gourmet-level American comfort food."

The 83-seat restaurant, the former Empress, has an entirely new look with a long heart-pine bar and wood flooring, a chef's table in the back and carefully chosen lighting and furnishings in two dining rooms with bay-front windows. Bohdan has been a waitress, hostess, bartender and manager, and so naturally expects the restaurant will become a "place where people will want to stay, that's warm and inviting and homey." At the 12-seat bar, wines, microbrews and 24 draft beers "you don't see everywhere" will pair with sharable appetizers.

More incoming: Yes, that's George Washington with a mustache on the logo announcing Jorge's Cantina. The new restaurant is coming to the former Fanhouse at Floyd Avenue and Robinson Street, as Mexico Restaurant's José Garcia joins forces with the team behind F.W. Sullivan's and other properties, Jake Crocker and Hayden Fisher. Look for a selection of traditional Mexican entrees, tequilas and a new décor when the business opens in February.

Taste of Acacia: The first in a series of mini wine dinners comes to this Fan District star Jan. 30. The three-course menu promises European flavors and is $35 per person, plus tax and tip, with seatings from 5:30 p.m. to 9 p.m. Limited reservations are being taken at 562-0138.

Chili time: Star-lite has a football promotion timed for the Super Bowl, selling chili and corn bread to go in 2- and 4-pound sizes, serving 8 to 16 people, at $20 and $40. Customers can pick up orders on Feb. 2 or game day, Feb. 3. Email Shannon@starlitediningandlounge.com.