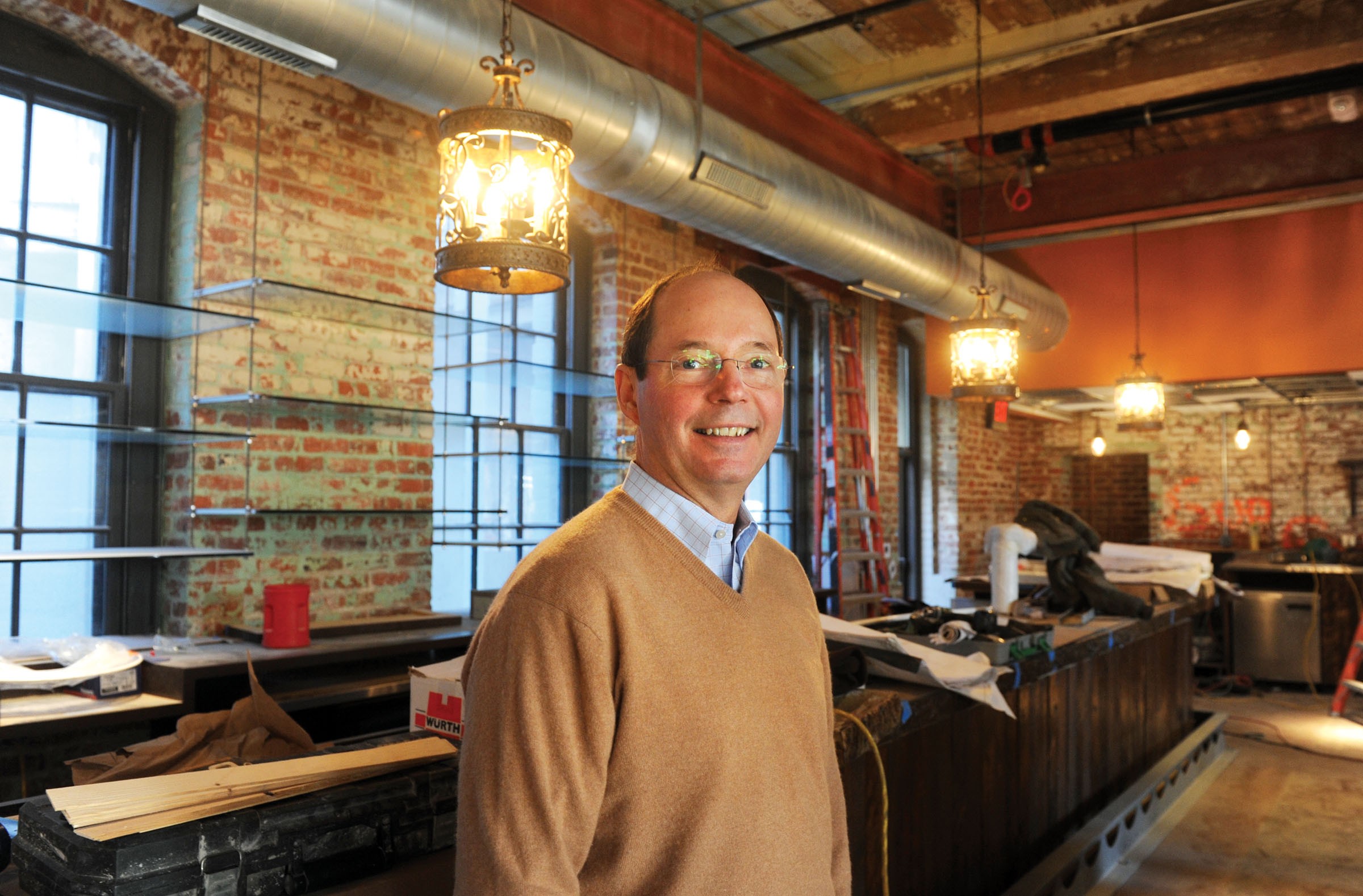 Just when it seemed Richmond couldn't absorb another restaurant, a flurry of year-end openings pushed the city's bounty over the top.

The newest is Casa del Barco, an upscale Mexican cantina in a smartly renovated warehouse along the Canal Walk. The 5,700-square-foot space is the first business in the Locks, in the former Reynolds Metals building called the Italianate. It's intended to appeal to downtown workers and residents of the adjacent apartment buildings, who are moving in this month.

Rotisserie chicken with red chili sauce, rabbit braised in mole sauce and ancho-braised pork shank entrees share menu space with enchiladas, tacos and tamales, all prepared by chefs and line cooks with decades of experience in the flavors of New — and Old — Mexico. Tequilas previously not served in Richmond will be highlights at the bar, which is made of wood reclaimed from the renovation. Original fixtures and industrial heft give the project a sense of age but with new amenities, and room for outdoor dining that's become a fixation for Richmonders.

Owner Kevin Healy says he hired 80 people for the restaurant, bringing his employee count at the Boathouse locations in Brandermill, Rocketts Landing and Casa del Barco to 250, including "an unusual number of folks who've worked for me for many years," Healy says. "I feel it's a responsibility to provide for them" with successfully operating businesses.

"We want to be an integral part of the social fabric and help define some of the activities of the area," Healy says. "I have the experience to help build community support, and that's what I hope I can bring" to the canal and Brown's Island area, he says. The empire doesn't stop with this addition; an Italian farm-to-table spot is figuring in Healy's next plans.

Whole branzino at Enoteca Sogno: The fish is garlicky, crispy and delectable right down to the eyes and cheeks.

Korean fried chicken at Eat Oregon Hill: The glaze of chili, garlic and soy is addicting, and the house-made kim kraut's tang cuts through the sweet heat for blissful balance.

Chiles rellenos at La Bamba: goopy sauce, runny cheese and a bowl of warm chips served late. Its stuffed peppers are comfort food after a night of boozing.

Brunswick stew and homemade bread at Stella's: a Greek take on two Southern favorites, Sally Lunn bread with a meal in a bowl.

Oxtail over rice and peas at Jamaica House: The tenderest beef stew is spiced island-style and served with crisp cabbage and mushy beans and rice. I ask for extra gravy.

Sandwich No. 13 on white, toasted from Nick's Produce: the best six inches in Richmond, with heaps of prosciutto, salami, hot peppers and provolone with industrial mayo and streams of oily dressing that pool in the corners of the deli paper for dipping chips.

Chicken tenders at Wise Choice: Who gets excited about hand-breaded chicken tenders from a Manakin-Sabot gas station? You do. Plan your Super Bowl party around them.

Brazilian cheese rolls and chicken hearts at Bistro 27: tender, comforting, chewy and cheesy. Like chicken and dumplings but ... not.

Chocolate and sea salt caramel crème brûlée at Amour Wine Bistro: luscious with the perfect sweet-salty note. For extra decadence, enjoy it with a glass of wine or port.

Margherita pizza at Anthony's on the Hill: Master baker Michael Calogerakis' pizzas have the best crust in Richmond, chewy and full-flavored.