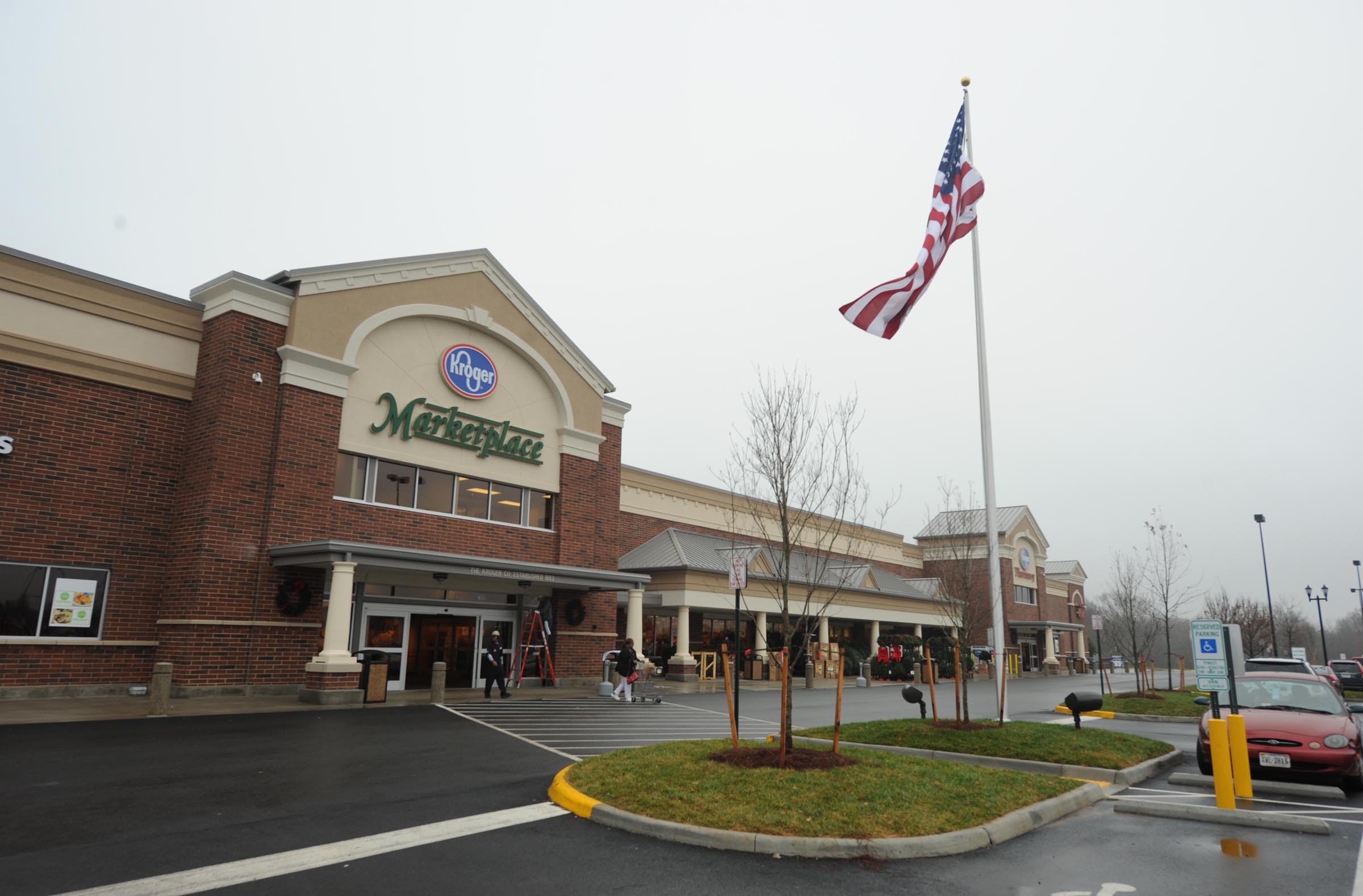 Kroger opened its largest grocery store on the East Coast last week in one of Richmond's less obvious places. The former Cloverleaf Mall was once a shopping vanguard that fell out of fashion. Now the mall has been demolished and a newly named Marketplace at Stonebridge has replaced it. Shoppers are getting more merchandise and aisle space — 123,600 square feet — to pick up $299 recliners, $320.99 bottles of Salon Le Mesnil champagne, vacuum cleaners, live lobsters at $12.99 a pound, and 20 flavors of gelato along with their groceries.

It's a scene of American expansiveness dropped into a vacant streetscape of stucco rectangles waiting to be leased. But inside Kroger, astonishing displays keep customers distracted from the construction zone (and developers' hopes) outside. Market demographics show that a quarter of customers at this grocery will be Hispanic, so there's a strategic focus on prepared tamales, Mexican beer, pumpkin empanadas, salsas and spices.

"We're hanging our hat on fruits and organics," produce manager David Munn says — "and a whole case of exotic peppers and things like the cherimoya that tastes a little like custard." Or Buddha's hand, a citruslike fruit with yellow tentacles that's priced at $6.99.

Soups, sushi, Starbucks, olives, craft beer and critic-ranked wines share space with while-you-wait customized cupcakes, dog food, diapers, panino makers and dining-room tables. Kroger says this store created 375 new jobs for a diverse work force, and by posting the photos of department managers at the front door, it's "connecting with community," more than one staffer remarks at a media opening.

Chef Seth Goulston says the open kitchen's two $17,000 Rational ovens "are amazing, with five sensory probes" that calculate cooking times and help the production line turn out smoked Gouda mac and cheese, Carolina-style barbecue, meatloaf and Tuscan-marinated salmon among dozens of prepared entrees. "Kroger is shifting the way they do things," he says, with more natural foods and organic products in the mix. But fried chicken and pies still crank out daily.

Across the street, an unrecognizable new building for Carena's Jamaican Grille is rising from the rubble of its former location a few yards north. It's a neighborhood in transition, again, and this time it's getting a taste of Short Pump scale with some key merchandising distinctions.

Fanning out: The Peacock's Pantry at 1731 W. Main St. changed its business focus Nov. 1. The decorative corner restaurant is now a boutique catering company and "a premier party destination," says owner Elizabeth Lee, a dentist who moonlights preparing fine foods and paintings for the space, where she says "entertaining is our specialty." 732-3333.

Last supper: In case you weren't sure what to serve for your Mayan calendar end-of-the-world dinner Dec. 21, the publicists for "Flavors of Belize: the Cookbook" recommend a lighter, tropical Mayan meal to contrast with the usual holiday spread. That could be turkey soup, grouper in banana leaf and Mayan chocolate cake for dessert. Belizean cuisine, it turns out, is heavily influenced by Mayan culture — and this might be one last push to sell cookbooks before they're no longer needed.

Jami Bodhan is the new owner of the Empress and Imperial Catering at 2043 W. Broad St., near her other workplaces at the Republic and Metro Grill.
The Savory Grain Restaurant and Drafthouse will be an 85-seat business with 24 taps and a chalkboard menu of new American food. Bodhan hopes to open in mid-January, and says "it's always been a dream to have my own place and I'm very excited" about the project.

Bodhan says she'll eventually pull away from her managing duties at Metro Grill and the Republic, which are facing tax and legal issues, including a recent lawsuit filed by Metro co-owners Richard Masters and Travis Bacile. They claim co-owner Tony Hawkins is funneling money from Metro into the Republic, which reportedly owes $300,000 in back taxes and is in bankruptcy proceedings. The Republic remains open for business.