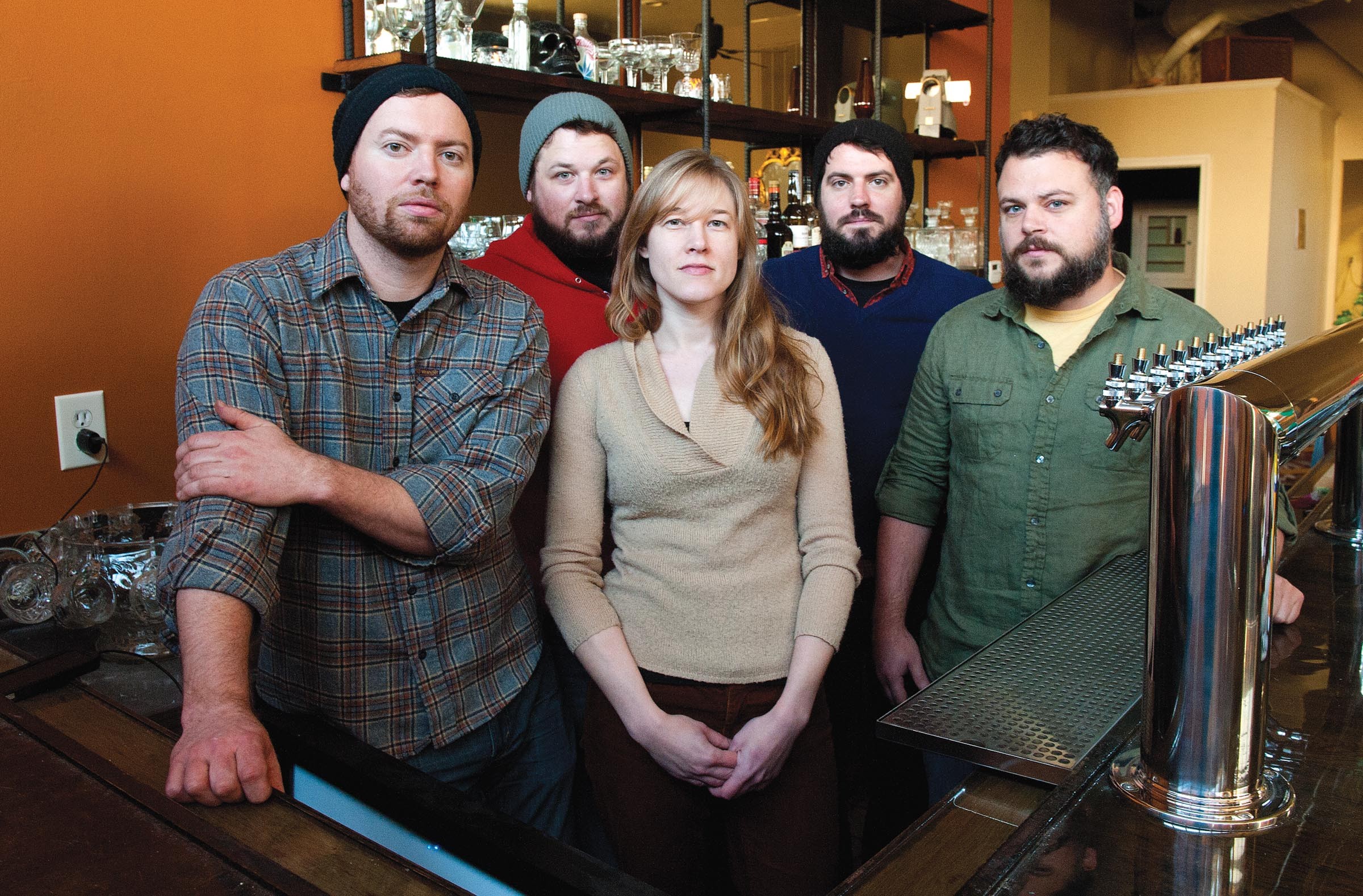 It's no secret that restaurant watchers who used to just speculate now track progress of new food businesses through social media. Facebook shots of owners hoisting things into place, close-ups of decorative details or new nitrogen tap systems — these are the mileposts that keep a future fan base interested and owners motivated while they strain through months and money preparing for opening night.

In the case of Saison, in Jackson Ward's former Marshall Street Café and Jazz Bistro, things online and in person are moving more quickly than usual. After a few months of start-up, the gastro-pub opens this week. The trick is to buy a business with an existing ABC license and to have professional experience — with perhaps supernatural confidence in the plan, the concept and the players.

Saison is owned by Jay Bayer and Adam Hall, who worked together at Capital Ale House and taught themselves to brew beer at home. Their new business is "one of the few spots on the East Coast with a Siebel Institute-certified brewer and a certified cicerone," Bayer says. A cicerone is a beer service expert, similar to a wine sommelier.

Hall, who runs the kitchen, intends to "blend Latin American and Southern foods," he says. "We see a lot of similarities and natural progressions to play with." He's testing bourbon and chicken-liver pâté, short ribs on grits with scallion sauce and bull's blood, and peanut pie with sorghum ice cream and salt brittle. Lavender black bean cassoulet with confit pork and other small plates can pair well with saison-style beer, always on draft at the bar.

Beverage manager Chris Elford brings New York experience to the equation and promises "Richmond's most varied, nuanced" drinks, no small feat in a town where libations show increasing finesse and invention. Elford's house-made mixers, herbs grown on site and "playful and refreshing" cocktails are a key feature at Saison's bar, which holds a dozen patrons; another 30 seats at tables fill the textured, rustic interior, installed by the owners. Naturally, all is visible online. Dinner will be served Tuesday through Sunday; lunch and brunch hours are coming soon. 23 W. Marshall St. 397-5226. saisonrva.com.

Drink it off: They're hiring tasting-room servers at the area's newest brewery, Center of the Universe Brewing in Ashland. Brothers Chris and Phil Ray turned their home-beer making obsession into a business that opened last weekend. Beer tastings and tours are coming soon to 11293 Air Park Road, in what was once the Hanover Herald-Progress newspaper building. From their mission statement: "It is our responsibility to understand and appreciate how our actions affect the community that supports us," so they're using all-natural methods and keeping the focus on craft and citizenship. See more at cotubrewing.com.

Breakfast of champions: Burger Bach — remember it's pronounced "batch," as in bachelor pad — starts weekend brunch Dec. 1, with eggs and sandwiches Saturdays and Sundays from 8 a.m.-2 p.m. The gastro-pub with table service also has a new 16-tap beer system to cater to craft-beer enthusiasts, who'll notice brews for the season include a milk stout that's a bit sweet, and other dark and local products. 10 S. Thompson St. 359-1305. burgerbach.com.

Looking at another you: Bogart's in the Fan has some staff changes and a new chef, Joshua Hamilton, who's revamping the menu at the longtime live music bar and grill. The kitchen serves "accessible" entrees and sandwiches nightly until midnight. Brunch is 11 a.m.-3 p.m. Saturdays and Sundays, bands play most nights of the week and "some pretty good singers" come for karaoke on Mondays. 1903 W. Cary St. 353-9280. bogartsinthefan.net.