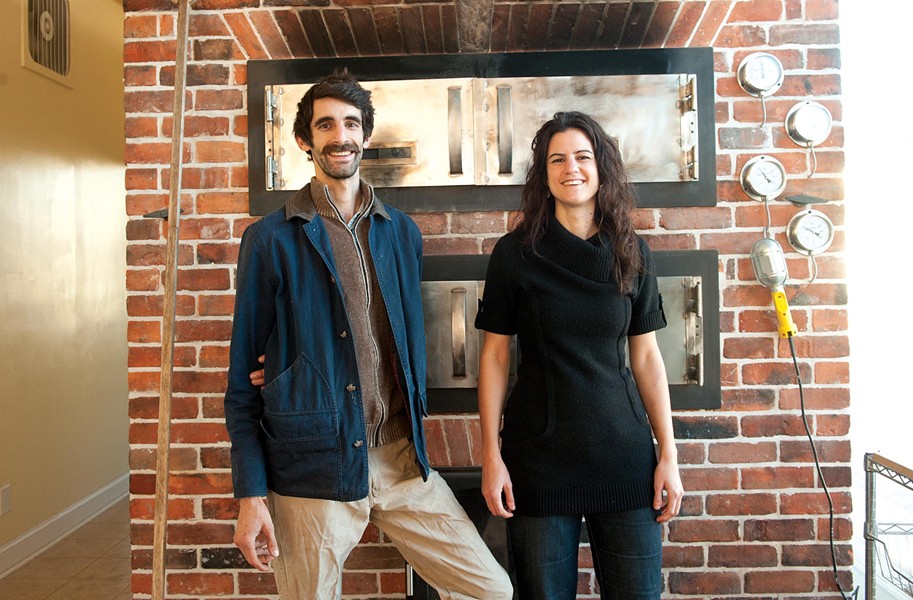 Church Hill is a magnet for food excellence these days, with three new businesses opening in the same month and others on the way. In addition to Sub Rosa Wood Fired Bakery, now quartered at 620 N. 25th St., customers are flocking to WPA Bakery and Proper Pie Co. for baked items that span the ages and the continents. All three long-awaited openings managed to intersect in November — just in time for holiday stuffing.

Sub Rosa's hearty breads sold out at the Byrd House Market as quickly as baker Evrim Dogu could bring them to a cult following of subscribers. Now he and his sister Evin have expanded the business repertoire beyond their Turkish roots to include tarts, rolls and other items in a renovated building that's warmed by the wood-fired stove and the owners' artisanal integrity. subrosabakery.com.

A few blocks southeast, nostalgic appeal starts with aromas coming from WPA Bakery, where co-owner David Rohrer bakes sticky buns, canelés, muffins and other sweets and, by special order, whole pies and cakes. His work is well regarded around town, particularly at co-owner Kendra Feather's restaurants Ipanema Cafe, Garnett's and the Roosevelt. At WPA, which stands for Well Made Pastry Alliance, customers can linger with coffee and pastries at tables in the vintage storefront. (Nearby, a show of Rohrer's paintings opens at the end of November in Eric Schindler Gallery.) Open daily from 7 a.m.-2 p.m. at 2707 E. Marshall St. 716-9797. wpabakery.com.

Proper Pie Co. brings the fun of a New Zealand culinary staple to 2505 E. Broad St. The cool, straightforward charm of the counter-style setup reflects the upbeat energy of owners Neil Smith (whose accent has its own fan base) and Nikki Price. Theirs is a food adventure for local palates, with meat-based pies and fruity desserts, all with tender, house-made crusts. Smith promises to educate those who don't know about the portable snacks and their many variations. Open 10 a.m.-6 p.m. on Wednesdays–Sundays.

New Patina: After a quick turnaround, the slightly renamed Patina Restaurant & Bar opened last week at 3416 Lauderdale Drive in the Shops at Wellesley. New owner Greer Bernstein introduces a redecorated space for chef Kyle Cox's European comfort food; he worked at Lemaire and the Blue Goat and collaborated with consulting chef Johnny Maher of Spoon for the new Short Pump venture. Its motto is "a fresh look at the farm to table tradition" and features a wealth of local fish and shellfish, meats and produce for dinner and bar menus. Dinner and bar menus Tuesday-Sunday. 360-8500. patinarva.com.

Boulevard beauty: Fat Dragon Chinese Kitchen is open at 1200 N. Boulevard with daily dim sum, Cantonese cuisine with local ingredients and menu twists on classics with an emphasis on natural and sustainable methods. A bar with craft beer on 24 taps, a late-night menu, and casual chic design from Eat Restaurant Partners (Blue Goat, Osaka Sushi and Steak, and Wild Ginger) add a new food and drink destination to the neighborhood. Dinner and bar Tuesday through Saturday, brunch on Sunday, closed Monday. 354-9888. fatdragonrva.com.

Chef change: Shaun Watts, well known at several local kitchens, takes the helm of Conch Republic, the restaurant and bar at Rocketts Landing. Watts is known for his way with seafood, which is a major menu feature at the bustling riverside establishment.

Winner from Williamsburg: An area chef won top prizes at the World Food Championships earlier this month in Las Vegas. Travis Brust, executive chef at the Williamsburg Inn, won the world chef challenge and was a third-place winner in a category called final table, for his fennel-dusted rockfish with bitter greens and oyster ragout.