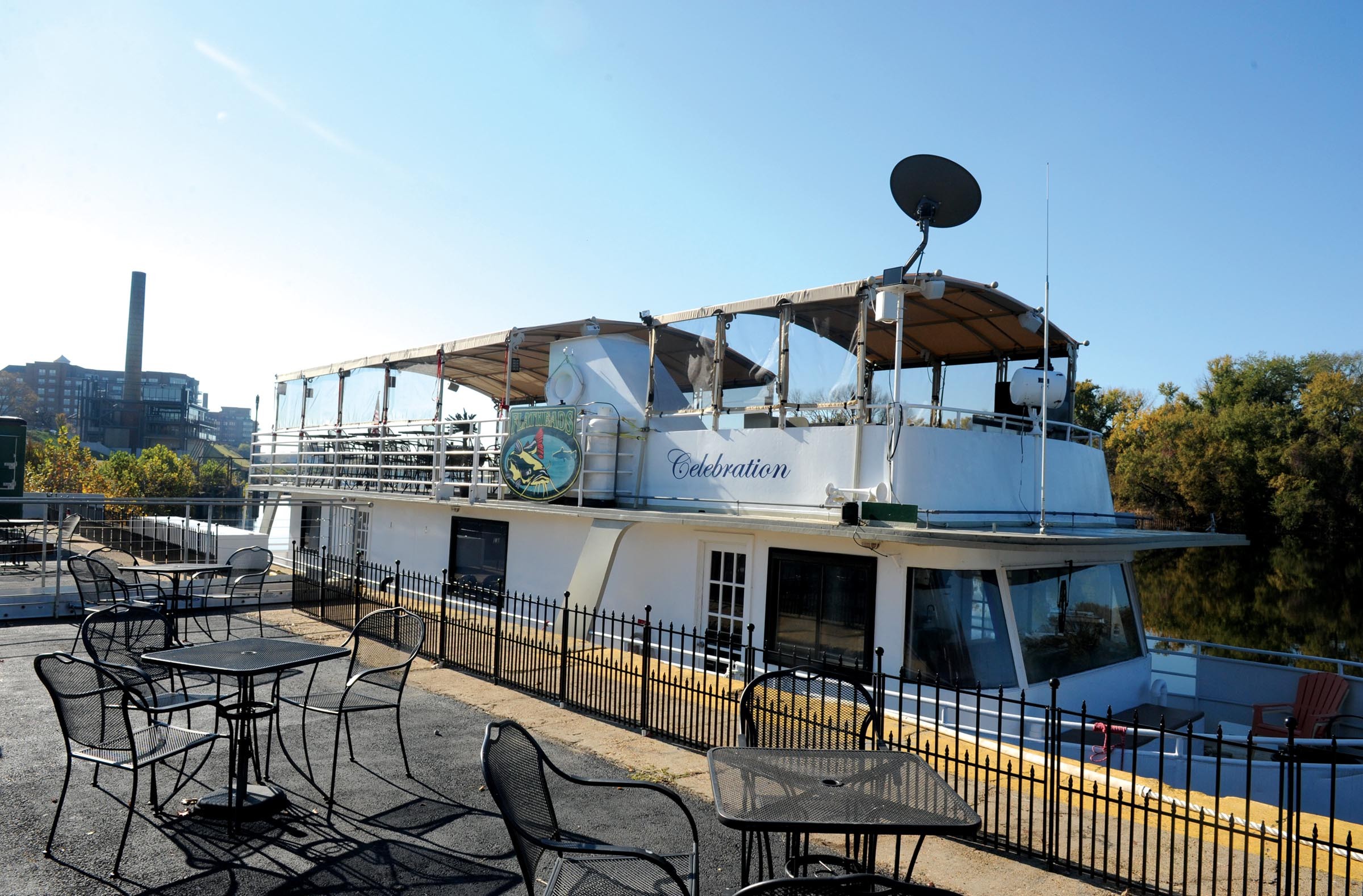 Bad weather has slowed but not stopped the city's only floating restaurant, Flatheads, from opening later this month. The former trawler, now named Celebration, is docked near Rockett's Landing at the Intermediate Terminal. It won't move during service but is moored near a party zone with outdoor seating, fire pits and a tailgate atmosphere with sports on a big-screen television, beer and cocktails, and an up-close view of the James.

Operators Matt Gleason and Anita Salomonsky will serve gumbo and crawfish boils, kebabs and burgers, seafood, salads and big sandwiches such as the Flatheads, with fried catfish and crabmeat on French bread. Most items cost $10 or less, and the menu will change according to demand, season and whim, Gleason says. "I love exploring with food and we will experiment," the culinary school graduate says of his kitchen team. A full bar, décor that pays tribute to the river, and enough seating for 100 guests will "be a fun place for people to enjoy the river, a beautiful asset for Richmond," Gleason adds. The business will operate daily at 3125 Wharf St. 543-8388.

Mustache and glass: A sly pre-marketing campaign for a new bar is stirring up interest because it's vague and unusual. Last week a mustachioed man dropped off postcards and matches at local media outlets, leaving an intentional wake of curiosity. From the card, this missive:

William — Today, all of Virginia has gone dry. Those so-called temperance advocates at the Anti-Saloon League have gone too far. The prohibition of alcohol is an assault on our freedom that looks to spread across our great nation. I'm not sure how, but we will make this city WET once more, by legal means or otherwise … Robert

An animated website, theroguegentlemen.com, opens with the password "wet" but reveals only the date, January 2013. Some speculate a saloon is coming to Jackson Ward, to the recently closed Leone's Sports Bar on Marshall Street.

Some notice that the website is pretty close to that of Rouge, the Shockoe Bottom strip club — which promises "a magnificent dining experience" in its pitch for hiring chefs. Stay tuned.

Fare in film: If the talkiness of "Lincoln" proves taxing for viewers, a tasty comic counterpoint comes from actor James Spader, who plays political operative W.N. Bilbo in the film. Bilbo is rarely shown without engaging in some sort of gustatory business — bagging fowl, cracking crabs, eating pie or having a beer thrown in his face — and his portlier-than-usual countenance is set off with purple foulard scarves and a curly wig. While in Richmond, Spader was seen frequently in Fan-area dining spots, including Amuse at the Virginia Museum of Fine Arts, Acacia and Stuzzi, among others, talking enthusiastically about his culinary interests and keeping his Southern silhouette filled out.