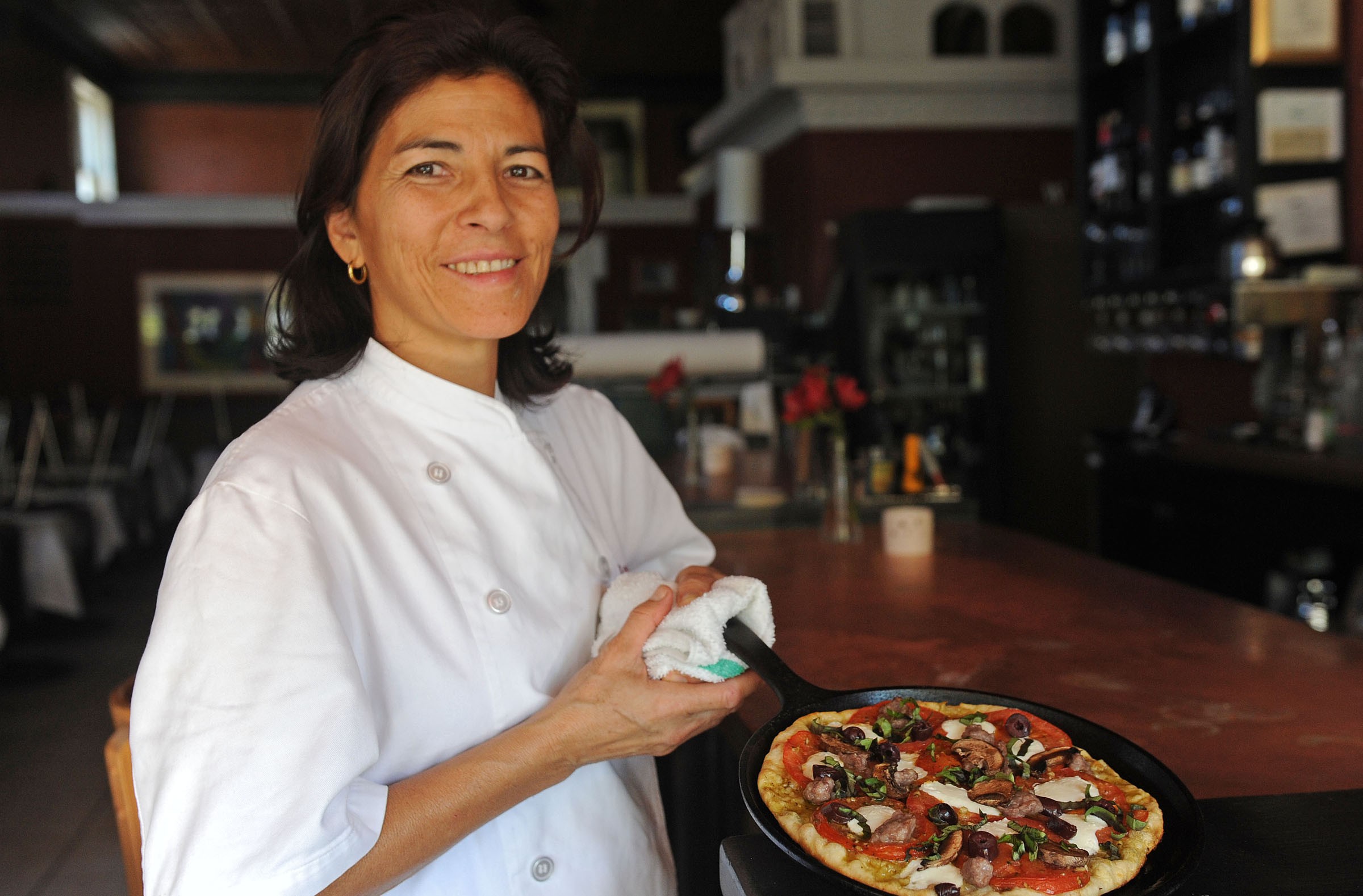 Passersby might notice a re-branding in progress at the former Rowland Fine Dining — those last two words have been blacked out on its front awning and from its approach in general. Owners Bruce and Virginia Rowland, who opened the business seven years ago at 2132 W. Main St., are introducing more appetizers, specials and happy hour prices to meet customer demand. They've also put skillet pizzas on the menu, a fail-safe option to widen the audience.

Rowland is known for house-made desserts and for the owners' presence whenever the business is open. In Richmond it's rare for husband and wife to run a restaurant kitchen together. "We are a couple," Virginia Rowland says, "and we share ideas to bring to our customers. Together, we are in the kitchen and we are dedicating ourselves to quality and consistency." That's despite economic forces that are challenging and a city food scene that's crowded. "There are too many restaurant openings and closings in Richmond," she says. "The population cannot support this many places. It's like we are in D.C."

The business will be open all seven nights during Richmond Restaurant Week, Oct. 22-28, capping meals with Virginia Rowland's chocolate torte with caramelized pears, and a desire to please the city's often-fickle food audience. 257-9885.

Campaign for 'cue: Similarly, Richard Cacciotti at Benny's BBQ in Stony Point Shopping Center is calling for more business, using a Facebook plea to keep his place afloat. Live music, a full bar and other attractions aren't doing enough so far, he says, but "my chopped-to-order barbecue is the best in the city." 3044 Stony Point Road. 320-7447. bennysbbqva.com.

Wine away: River City Cellars owner Julia Battaglini is closing the retail wine shop in Carytown after a difficult year that forced several other wine retailers here to close as well. She'll use the space at 2931 W. Cary St. to support Secco Wine Bar next door and private parties. Secco continues to be one of the city's food destinations with small plates and well-priced beverage offerings from noon to midnight daily, under chef Tim Bereika. seccowinebar.com.

Beer here: As soon as Oktoberfest events are over — and there are stein-raising promotions all over town — brew lovers will move on to Richmond Beer Week, Nov. 2-11. (Note that it spans two weekends.) Look for local beer samplings, beer-related films, open houses at breweries, invitationals, bar crawls and parades, beer invasions and beer dinners, and some fundraisers thrown in. See details at greatbrewers.com.