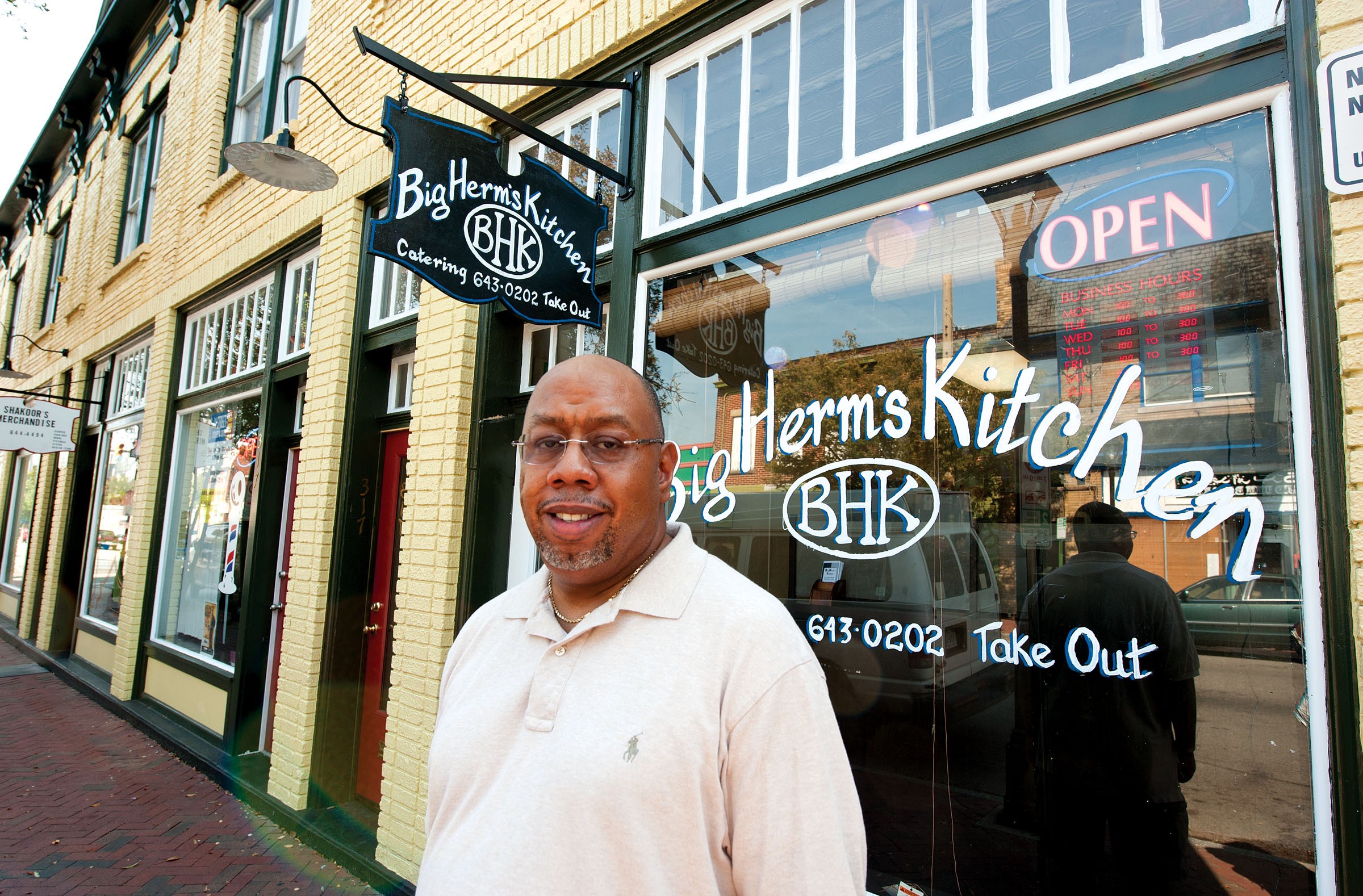 Big is In: Fans of Herman Baskerville were distressed at the closing of the Corner Bar and Grill in Carver a four years ago — the place is now thriving as the Magpie — but they’ve found big Herm again in a daytime feeding format. He’s running Big Herm’s Kitchen at 315 N. Second St. at the former Nate’s Taco Truck Stop. Baskerville, the personable cook with the Southern comfort style, serves wings with “ooo-wee” sauce, catfish, Philly cheese steak and barbecue sandwiches, burgers and bologna, with sides including collards and mashed sweet potatoes, all for carryout. Weekdays 11 a.m.-3 p.m. 643-0202. bighermscatering.com.

Chopped: Sample, the small-plates and tech-oriented cafe at 1 N. Morris St., closed after a short run; good critiques for the food and assertive social media marketing couldn’t drive enough business to sustain it.

Shackleford’s, a longtime Short Pump-area restaurant, also announced it will stop serving on Oct. 29. The business had other locations in Midlothian and Williamsburg that closed recently; the 19-year run at 10496 Ridgefield Parkway ends with a month-long celebration of staff, vendors and clientele, says owner Kirk Poore. Shacklefords.com.

Drink to Dale: To pair with the Dale Chihuly glass exhibition at the Virginia Museum of Fine Arts, the bar at Amuse restaurant on the museum’s third floor rolls out themed cocktails and a beer menu that’s all Virginian. One exception on the brew list honors the artist: Dale’s Pale Ale, of Longmont, Colo., served in a can. Among the specialty drinks is the ice cube, “a cocktail magic trick” with ingredients that change daily, in limited quantities, for $16. The bar’s happy hour begins daily at 2:30 p.m.