Thanking the food police, urban hens at the Camel + more. 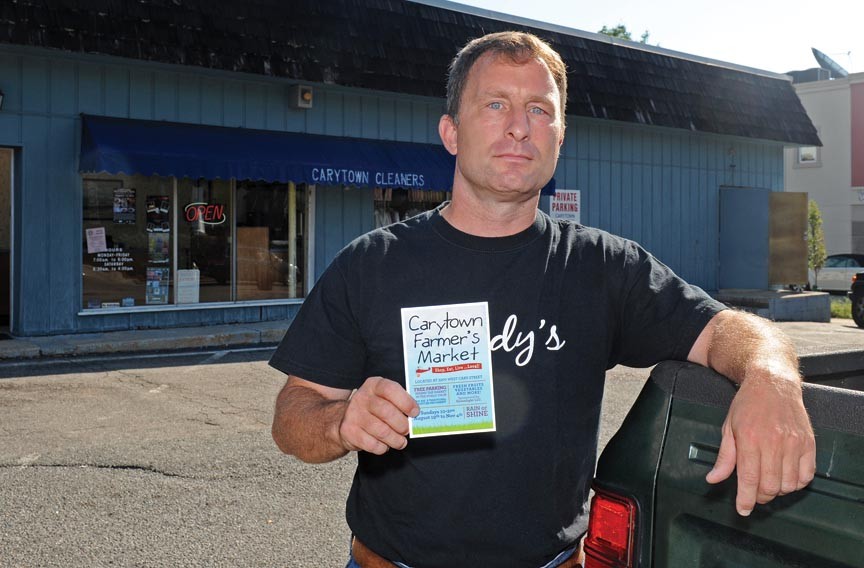 Richmond police officer Patrick Warner doesn't just ride the beat. He walks the walk. The 13-year police veteran, who's patrolled Carytown by bicycle for the past two years, is bringing something new to the neighborhood: the Carytown Farmer's Market. Warner launches the market Aug. 19, 10 a.m.-2 p.m. It's the area's first Sunday market and the first in that retail corridor, at 3300 W. Cary St. in the Carytown Cleaners parking lot.

Warner started working on the concept eight months ago — "I always have an idea," he says — after delving into gardening and keeping chickens and bees at his Bon Air home. He hopes his interest in sustainable living and local foods will encourage his young family, and others in the area, to eat healthfully. His Carytown venture will be a traditional, producer-only market, offering fruits and vegetables, meats, nuts, wines, flowers, cheeses and other foods from a dozen or more vendors. The market intentionally avoids selling crafts and prepared foods to keep from competing with neighboring businesses.

A popular and visible figure in Carytown, Warner got advice from the Byrd House Market and GrowRVA, which operates the South of the James Market. He says he's been encouraged by all the support for his sideline. "I want this to be a market where people will find fresh food and get a good value, that will entertain and educate them," he says. Eventually he'll add chef demonstrations featuring Carytown restaurateurs and other promotions to build business among the neighbors.

"Everyone I've approached about this sees it as a win-win," he says. "And as a police officer, I hope people will see that this is an investment in the community and the quality of life here." The market is set to run Sundays through Nov. 4, rain or shine, and resume next spring.

Now serving: A Taste of India at 9930 Midlothian Turnpike is open; it replaces the former Ruchee. Co-owner Kris Seghal says the 70-seat operation is transformed: "We changed the whole thing, turned it upside down from the front door to the kitchen, and are serving gourmet ethnic food from the northwest part of India, from New Delhi to Punjab." A Taste of India serves a lunchtime and Wednesday night buffet and a la carte dinner Monday through Saturday. 323-5999.

Cluck off: The urban-hen movement comes to the Camel on Aug. 23, when "City Chicks" author Patricia Foreman signs books and discusses the finer points of raising chickens in the backyard. A $10 donation is suggested; proceeds go to the Gossamer Foundation for education and awareness on the issue. Register for the event, which runs 5:30-8:30 p.m., online at chiknegg.eventbrite.com.

Hostess windfall: Taste of Home magazine announces a contest for the American woman who "truly embodies the holiday spirit. Her family and friends already consider her the Queen of the Holidays …" with recipes and decorating ideas that inspire others. Contestants submit a short video and holiday recipe, and a popular vote will name the winner of a $50,000 prize. Log onto facebook.com/tasteofhome for details.