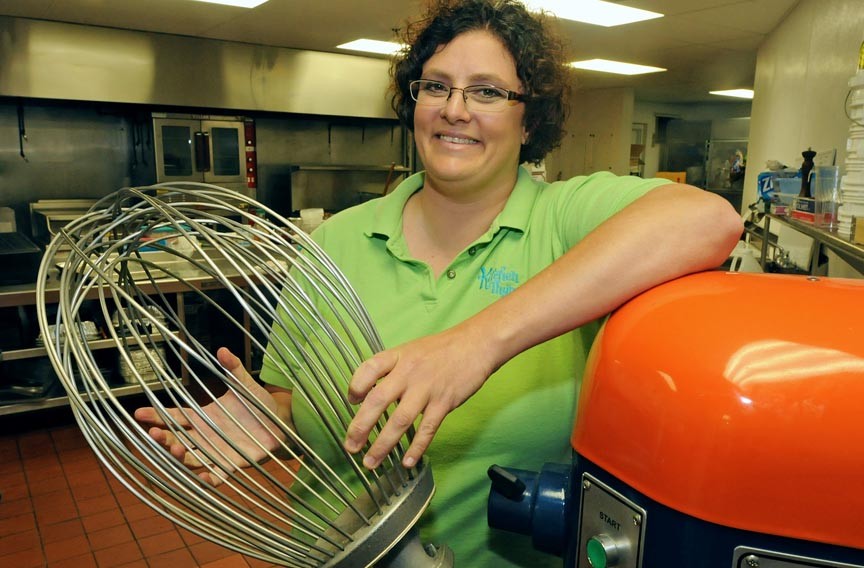 An Epcot ride changed Melissa Krumbein's life. She rolled through the Disney World hydroponic gardens on a family vacation three years ago and became enthralled researching sustainable foods. Then she went "very far out on a limb," she says. "I put my house up for a loan, and either I believed it was going to work, or I was going to live in a cardboard box."

The gamble: a commercial kitchen-for-rent called Kitchen Thyme, which she opened not quite six months ago. It's making a profit, and plans are coming together for a second location with a big, sustainable, hydroponic garden. Some out-of-state franchises also are in development.

Oh, and Krumbein has become friends with some of Richmond's most celebrated chefs, learning about their craft while getting an inside view of the pop-up restaurants and food trucks that use her business. The experience has put her "on cloud nine, actually," she says. "I can't believe half the stuff that is going on. A year ago I never would have thought of myself going to menu tastings and openings."

Kitchen Thyme, at 7801 W. Broad St., is touted as Richmond's first culinary incubator, helping emerging food businesses find their footing without the expense of running a restaurant. It was born of Krumbein's personal need for a larger space to cook Passover dinners for a large family, and to make birthday cakes in quantity. Home cooks and professionals can rent the space ($25-$37.50 per hour with a four-hour minimum), and groups can hold events there. A recent team-building project brought Capital One employees together to bake lasagna for a homeless shelter. Two more pop-ups and a third food truck client are booking space, along with private clients and the cooking school Mise en Place.

The two-room setup "has all of the big toys that the chefs like to play with or don't have in their own kitchens," Krumbein says. A 30-gallon tilt skillet, a double-stack Vulcan oven, a 20-quart steam-jacketed kettle for soups and jellies, a 60-quart Hobart mixer, and large work surfaces are available 24 hours a day. Krumbein can watch the action via video on her phone. She's gotten to know food on a whole new level — "I have to Google half the stuff these guys are making," she acknowledges. She's tried oysters, squid-ink agnolotti pasta, clams and chorizo, a far cry from the kosher diet followed by her family. She won't let her three children eat fast food anymore, instead urging them to eat local, to support the city's independent businesses and to learn to cook from the pros.

"Sad to say, but I don't know if Richmonders know that the local restaurant scene is where the best food is," she says. "But I think in the next six months, some of this will be more mainstream."

Next up: The Empress at 2043 W. Broad St. is closed. In a news release, owner Melissa Barlow cites personal, economic and spiritual reasons. City Limit at 7007 Three Chopt Road is changing its ownership and name, and will be known as Toast. S