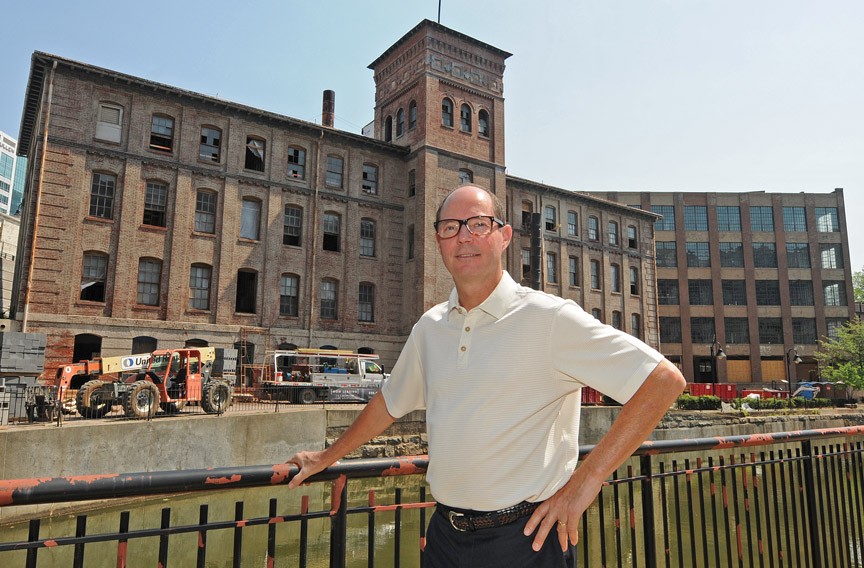 Kevin Healy, who owns the area's two Boathouse restaurants, has a project in the works that finally will give a new calling card to the city's Canal Walk, an area that's been slow to develop. He's about to begin construction on Casa del Barco (boathouse in Spanish), in a former Reynolds Metals building - now called the Italianate - at the Locks, a new development along the canal walk downtown.

Healy isn't the first person to consider the hulking factory a sort of Berlin Wall that separates people on either side. Its prominence on the canal has made it an eyesore and a prime opportunity; Healy will lease the 5,700-square-foot, first-floor space for an upscale Mexican restaurant he hopes to launch on the Day of the Dead, Nov. 1.

"I believe just having those ugly brown windows fixed with glass will be a breath of fresh air," he says. "There's so much going on at Brown's Island, and with 2,000 apartments going in this year, the city is coming alive."

Competition in a crowded restaurant field doesn't deter him. "There are one million people in Richmond and we're looking for 150 a night," he says. "I have some Mexican restaurant experience and really love the food. There is quite a bit of heritage and reasoning for it."

Chef Todd Richardson, who has Mexican roots, will help develop the menu and return to Texas and Mexico to gather authentic recipes and techniques. Décor, planned by Helen Reed, will emphasize the earthiness of the late-1800s structure, with concrete floors and peeling paint protected but revealed, and outdoor dining along the canal serving as a destination.

Directly across the canal, Black Finn Saloon is re-formulating its approach after closing last month. Another handful of restaurants along the canal are in various stages of development. Healy's award-winning-designed Boathouse at Rocketts Landing turns three in August, giving him an itch for the next big project. "We're one for one," he says, laughing, and the hard hats are about to go on.

Well-oiled: In the 20 years that Chez Foushee has fed the Richmond dining public, there has never been a fryer in the kitchen. That just changed, along with a seasonal menu, and the historic downtown charmer now offers crispy sweetbreads, calamari and cod, along with customer-requested fries and the occasional special. Weekday lunch, weekend dinner, Sunday brunch. 203 N. Foushee St. chezfoushee.com.