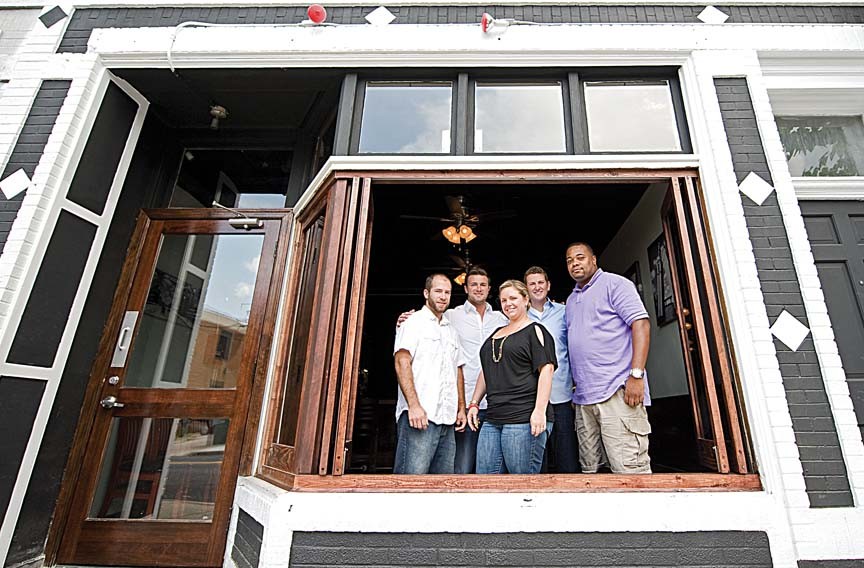 One of the city's busiest night life corridors, Robinson Street in the Fan, is getting some re-branding to help it compete with flashier parts of town. While the Fan House waits for a buyer and Buddy's has at least a three-year lease renewal, hair salons are sprucing up their paint jobs and Metro Grill has changed hands and gotten a major makeover.

New co-owner Tony Hawkins of the Republic has added an energy and cash infusion to Metro. The bar and bathrooms are new, the paint job and lighting are bright, and the new logo painted out front merges the Metro and Republic identities. (See Punch Drunk, page 40, for a take on last week's soft opening.)

"We're a restaurant first and foremost," its general manager, Kevin Mandeville, says, "and our food's going to be focused on entrees and good times, with a lot of previous employees returning." Among them are chef Shaun Watts, who'll serve Southern comfort fare; manager Jami Bohdan; bartenders Patrick McClynn, Camille Kostin (a Style Weekly Best of Richmond winner) and David Bolton. Specialty beers, local produce and a staff with a following — all are from the Republic playbook and intended to make Metro equally viable in a competitive field.

"We want to be a little more accessible to everybody — young professionals, people in the neighborhood, people who might not have come in before," Mandeville says. "We stand out by having a great, very experienced local team that wants to bring Metro back."

For Dads: With flavors such as bourbon pecan, deep dish apple pie, chocolate-covered peanut butter and chocolate chip cookie, there are man-friendly cupcakes selling well at Pearl's Cupcake Shoppe. Owners Laurie Blakey and Laura Condrey are running a Father's Day benefit through Wednesday, giving 30 percent of proceeds to two charities, the American Diabetes Association and the National Multiple Sclerosis Society, in honor of their fathers. Sugar-free products are available. The shop is open Monday through Saturday from 7:30 a.m.-5:30 p.m. at 5812 Grove Ave. 285-2253. pearlscupcakeshoppe.com.

Tarrant's Café: Consider the new, later hours at this downtown restaurant a signal that Richmond is ready for later dining and delivery options. The Tarrant's kitchen now serves its full menu until 11 weeknights and midnight on weekends, including delivery and takeout. The bar is open late according to demand, and work continues on the sibling business, Tarrantino's, down the block. While the city works to expand the arts district enterprise zone, this is an example of a business that's leading the charge and pleasing the players. 1 W. Broad St. 225-0035. tarrantscaferva.com.