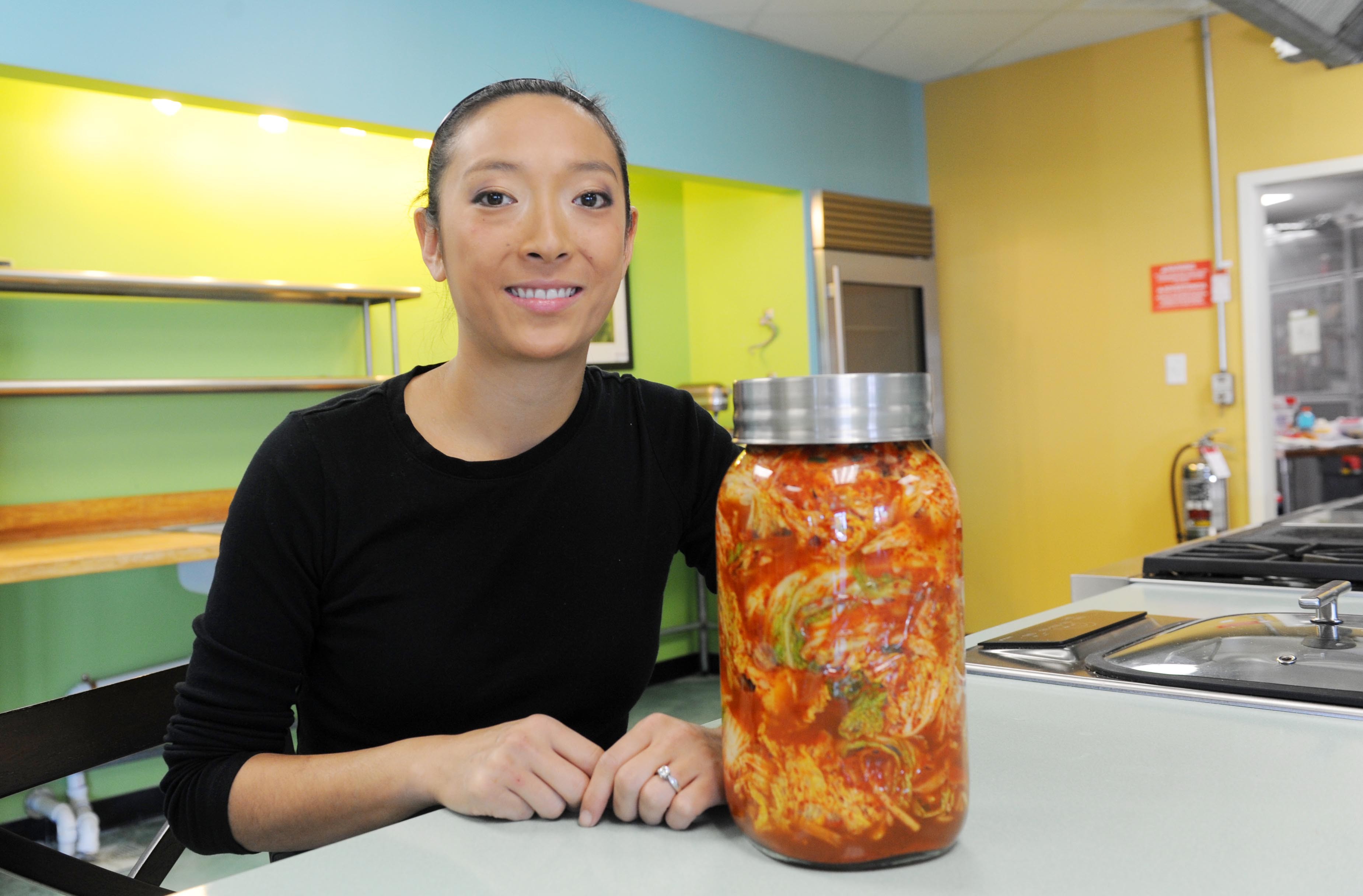 Cassie Keene hopes that Richmond's ready to embrace Korean food, and kimchee in particular. The pickled dish usually is served as a side, but when Keene launches the Kimchee Event on June 10, it takes on a starring role.

Local chefs Tim Bereika of Secco Wine Bar, Joe Sparatta of Pasture, John Maher of Spoon, Ryan Evans of Mint and Aaron Hoskins will create a multi-course meal for the event's 50 guests, using Keene's kimchee. She's preparing ramp, napa cabbage, daikon radish, watermelon rind and cucumber kimchee from recipes she's developed "to show the heart and soul of Korean food to Richmond," she says. "I assigned each chef and they came up with their takes, and their ideas are phenomenal. I think that people here are embracing new ideas and flavors and pop-up restaurants, and they trust these chefs to prepare something fabulous."

Tickets are $50 for a five-course sampling; they're available at Kitchen Thyme at 7801 W. Broad St. (kitchenthymerva.com), where the event takes place, and at the Empress at 2043 W. Broad St. The following week, Keene and chef friends appear at Broad Broad Appétit on June 3. Her longer-range plans include opening a Korean barbecue and Latin fusion restaurant to be named Gingko, once she finds the right Fan District location. It will be a casual affair with simple decor, a family table and foods that bridge cultures without relying on trendy ingredients.

Blending Latin foods comes naturally to the Korean-born 25-year-old, who's worked as baker and bartender at Palani Drive and a server at Can Can and the Empress. She frequents the city's Latin markets and looks for ways to combine culinary traditions in an accessible flavor profile that's "less intimidating, less spicy" than might be expected. She credits four Richmond food professionals as her heroes: Melissa Barlow, Carly Herring, Kendra Feather and Julia Battaglini, all of whom "are powerhouses, really influential, strong women," Keene says, who are setting a high standard here. Follow Keene's progress at gingkorva.com.

Kick with a hop: In a cycle-of-life move, Russell Bell of Ringer Farms in Mineral is running a Kickstarter campaign to support crops for local chefs. Known as Farmer Russell, he grows vegetables and fruits with sustainable, organic methods. For compost, he uses spent grains from the beer-making process at Hardywood Park Brewery. The campaign has a $7,000 goal to purchase a trailer for the grains, water barrels, shade screen and other farm needs before the May 25 deadline. ringerfarm.blogspot.com.

Word out: Some of the area's heat-focused food makers — hot sauces, salsas, marinades and dressings — got a new way to market their stuff last weekend. Mike Lampros, creator of Gunther's Gourmet, threw a party for grocery distributors, retailers and friends that put the stuff out there for sampling and future business.

Lampros and his brother Nick have grown the business from selling 1,000 cases of salsa a year to moving that much in a week; they know that the process of building a brand and distribution network is among a food start-up's biggest challenges.

"Anybody can bottle something," Mike Lampros says, "but selling the same product to a customer 10 times — that's harder. When you're small it's hard to get in front of people. So the idea was to get local and regional people together and get my buyers to meet them."

During an afternoon of tasting hot wings, chips and even candy, the collective presence of two dozen vendors attracted buyers for statewide grocery chains and smaller markets. Bloggers in the spice world went live with taste-test demonstrations, and guests tried not to burn themselves with products that raised capsaicin to new heights.

Food Cart Derby: You simply must get down to the city's first Food Cart Derby on Sunday, May 20, at 17th Street Farmers' Market in Shockoe Bottom from 11 a.m. - 6 p.m. The vendors are prime, the music will make it a scene, and the folks involved are pumped to bring it all together. Here's the lineup:

A silent disco (involving DJs and listeners with wireless headphones), the bands Beast Wellington and Chicken & Corn and other entertainment make this event "everything that people have been wanting — a food court is so much better with music and beer," says Ben Petty, a former bartender here now with Brown Distributing. Look for something similar at the new Turning Basin market, when food vendors join local breweries on Thursday afternoons.