The Empress gets a second inning. 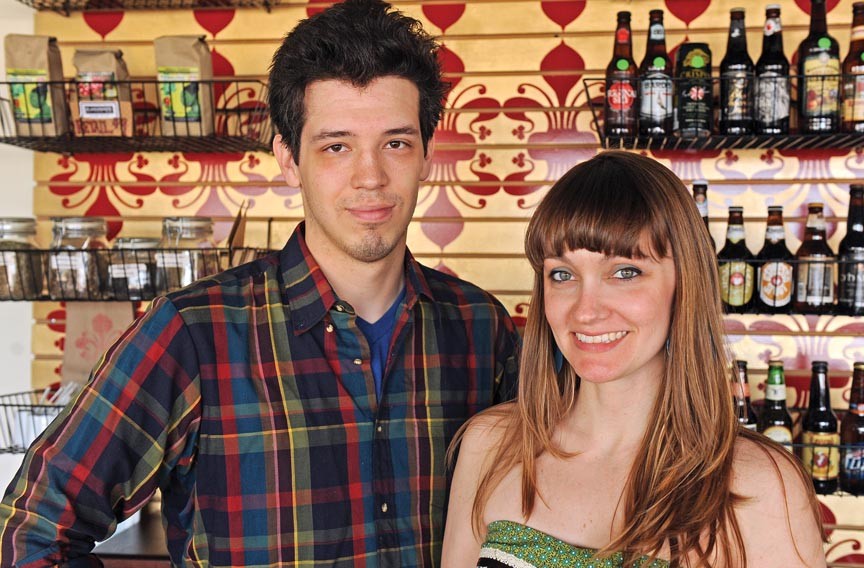 Melissa Barlow, the petite powerhouse behind the Empress, is known as one of the city's most nurturing restaurant owners. She delights in feeding customers and has built a haven for those who can't eat gluten but love modern cuisine. She's survived the Justin French debacle, the loss of a chef and partner, the purchase and repurchase of her West Broad Street building and a woeful economy, and forged on with a smile that seems imperturbable.

But don't get her started on City Hall and her fight against a runaround of rules and regs that are unevenly applied and anti-growth, she says. Owners often talk about the permitting process like it's a hazing ritual, one more obstacle, with the meals tax, that makes restaurant ownership a challenge in the city. Barlow says it's a relief to be allowed to serve meals on her street-side terrace now, just in time for spring, after a convoluted process that was expensive and time-consuming.

Now, with an ambitious, 26-year-old chef, Aaron Hoskins, the Empress is making another debut. Hoskins unveiled a seasonal menu last week during an industry dinner that was startling in scope — foie gras, duck, lamb, pork cheeks, fish, quail eggs on jalapeño, steak and spaetzle — and an indicator of the restaurant's intent to unite the food community. While chefs challenge each other and share techniques and ideas, the thinking goes, customers win and standards are raised throughout the city.

D'lish Bakery & Cafe: Even though Stratford Hills and Bon Air could use a full-service bakery, it's the 'burbs of Chester that have a new one, and it's high-achieving at that. Le Cordon Bleu patisserie grad Drew Thomasson opened D'lish five months ago and is churning out bread, croissants, pies, cakes, cupcakes, muffins, cookies, cinnamon rolls and minidesserts in a range of classical styles and current flavors. D'lish also has an eat-in section with soups, salads and sandwiches, prepared by a young chef who's dedicated to his craft. 11844 Chester Village Drive. 717-2253. www.dlishbakeryandcafe.com.

The Empress
Prev
Next