The suds at Cleveland Market. 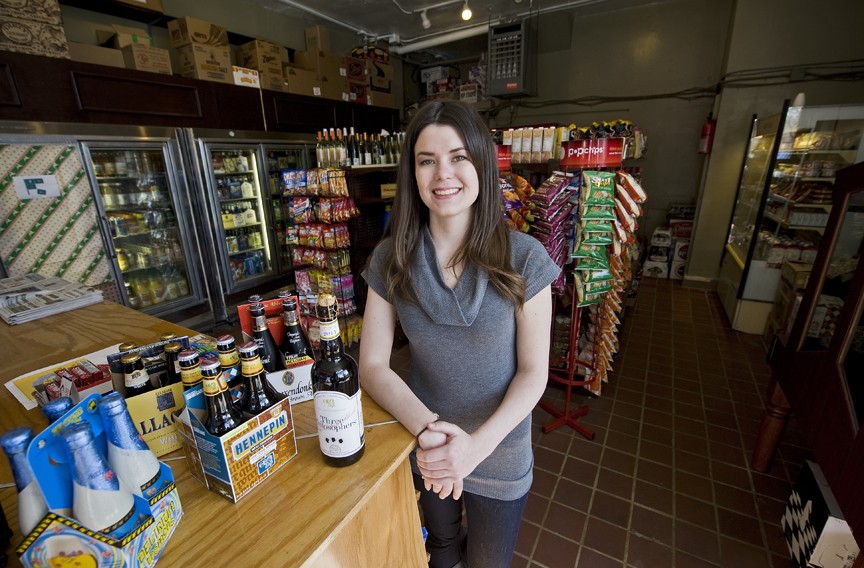 Every bodega sells beer, but the revamped Cleveland Market in the Museum District also has a highly driven beer curator. Jen Buckley, who moved here from California to run the market, stocks a big selection of India pale ales, porters, pilsners, stouts and others, defining a niche with no 40s and no giant breweries. “My beer collection is my baby,” she says, reeling off the labels of the moment. She’s liking the Duchesse de Bourgogne sour beer but can’t resist Founders, she says — “the best porter of my life.” Buckley adds new brews and wines every week and says she pays particular attention to customer requests. The market at 801 N. Cleveland St. reopened in November after a five-month hiatus. Now, with its local-bread sandwiches and deli sides, a coffee bar and pastries, the red awning signals a recharged mission to know and serve the changing neighborhood. Food carts, the Franklin Inn, a larger Black Hand Coffee, and the upcoming Deco restaurant are solidifying the base, with the established Banditos, Café Diem and Caliente holding strong. Cleveland Market is open daily, 9 a.m.-11:30 p.m. 213-0505. theclevelandmarket.vzwebsites.com.

Hot nutz: Now that they have a wine and beer permit in hand, owners at the long-running Dairy Bar at 1602 Roseneath Ave. plan to stay open some evenings. Billy Webb says tentative goals are to be ready in April for baseball season and a “tailgate at the Dairy Bar” promotion to tie in with Flying Squirrels action in Scott’s Addition. The Dairy Bar is known for its Southern breakfast, milkshakes and loyal regulars. 355-1937. Dairybarrestaurant.com.

Out of service: Cameron Seafood at 2311 W. Broad St. has disconnected its phone.