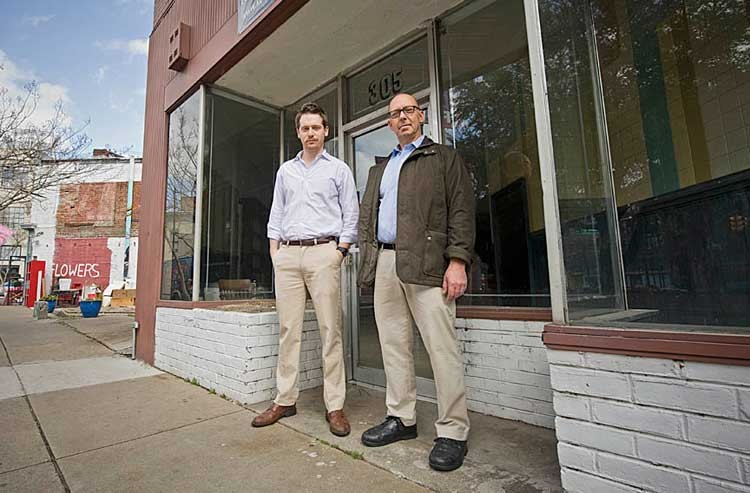 He isn't superstitious, but Ted Santarella doesn't want to jinx a new downtown project by talking about it too soon. Still, he can't resist giving a few details because the new place is getting closer every day, and it will double his restaurant empire.

In the former J.P. Crowder's ham and deli building at 305 Brook Road, Santarella is finalizing plans to open Tarrantino's, nicknamed Tino's, a two-level bistro with plein-air dining and a view. It's across Broad Street from Tarrant's Café, which Santarella opened nearly six years ago. "We're feeding 2,800 people a week and turning away 100 on weekends," he says of that business, noting a diverse clientele as varied as students to power brokers, which has allowed him to expand three times.

At Tino's, fresh seafood, buckets of rotisserie and fried chicken, barbecued meats and a big vegan selection will give him a chance to try out dishes that won't fit on the Tarrant's menu. Affordability will be a factor, portions might be slightly smaller, and the appeal of a balcony and outdoor dining will give some oomph to the vintage location.

Frank Brunetto, general manager at Tarrant's, will take that role in the new place when it's expected to open late this summer. "I feel very fortunate to be part of this community," the newly married Santarella says of downtown Richmond. "There's just so much potential here." tarrantscaferva.com.

Friday night carts: Now that Rooster Cart has found a weekday home base in the Museum District, a destination cart pod is set to debut next weekend. Joining the vegan Rooster cart will be other mobile food businesses, Luke Mindell says, such as Pizza Tonight, RVA Vegan Cupcakes, and Boka Takos, for an informal confab on Friday nights in the 2900 block of Patterson Avenue.