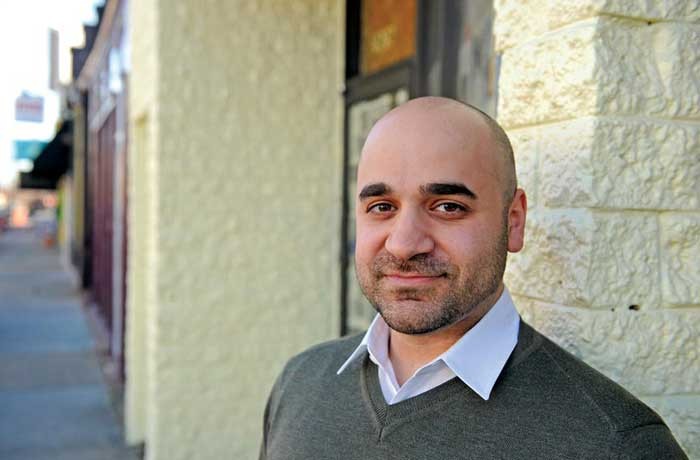 Sometimes culinary news comes in trendy waves, and for Richmond, 2012 is looking very taco. We've reported the imminent openings of Tio Pablo in Shockoe Bottom, where tamales and tequila will compete with the new Margarita's Cantina and La Bamba a few yards east. En Su Boca is stirring up Scott's Addition with its dramatic reveal of a former car shop complete with painted signs and garage doors, long hidden by the cheesy exterior of Tri-Angle adult bookstore on the Boulevard. Tacos will be a key menu element.

Add to that influx the news that Nate Gutierrez, a local legend for his forerunning Nate's Tacos food truck, has signed on as chef at a new business replacing Viva Mexico in Carytown. With his following and last year's emotional farewell to his downtown to-go business, this is welcome news for a hard-working cook. The new restaurant is called Don't Look Back, a project from New York Deli co-owner Hamooda Shami; his partner at the deli, Demetrios Tsiptsis, holds a share in this spot across the street at 2929 W. Cary as well.

Shami describes Don't Look Back as a nostalgic neighborhood place with seating for about 100, a more prominent bar and a patio in back. The concept is open to interpretation, because Shami's "sick of one-dimensional themes," he says. "I think people will respond because we're not dumbing it down — it's abstract and that's intentional." Painting is in progress, and Gutierrez is developing the menu while Shami nails down the usual opening details. He expects it to be ready by March.

Richmond's share of Mexican eateries has perhaps quintupled in the past five years, from upscale chains to hidden gems along the city's busiest corridors and the expansion of Boka Tako truck territory. For those who used to complain that there was no such thing as authentic Mexican food here, and worthy Cali-Tex variations, this may be a year to reconsider that notion.

Café Ole's second location in Carytown has been closed for several weeks. Business at the mother ship downtown continues with its usual base of devotees.

Now open: Kai, a new club adjacent to Sam Miller's, hosts its grand opening this weekend at 1212 E. Cary St. It opens Thursday through Saturday, 9 p.m. - 2 a.m. We'll have details on the spot in next week's issue.

Correction: In the print version of this story we incorrectly reported that Baja Bean Co. was closing. It is the space above the restaurant that is for lease. Baja remains open and will host a VCU basketball Internet night on Wednesday. Style regrets the error.