Johnson’s Southern Comfort adds one more for the Hill. 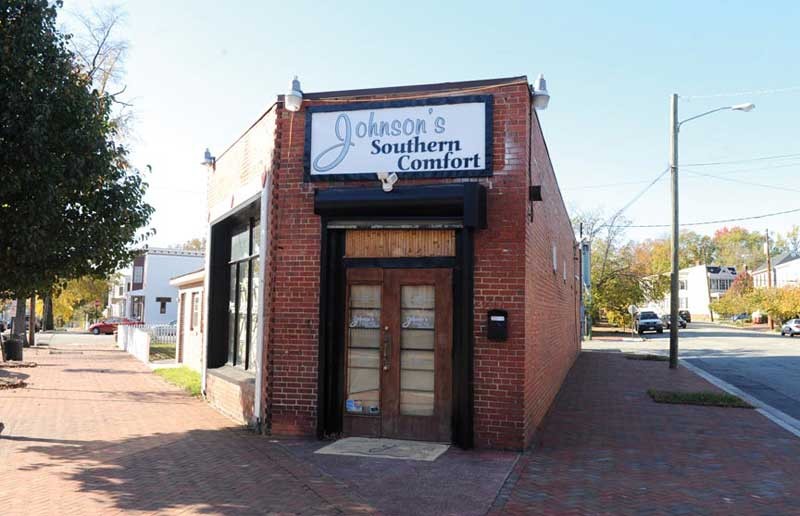 Church Hill may be in the midst of a restaurant revival, with the Roosevelt a certified hit, the longtimers holding steady (Alamo BBQ, Patrick Henry Pub, the Hill Café) and new players coming on strong. Similar movement in Shockoe Bottom portends at least some owners’ confidence that the market wants more.

DéAndre and Stephanie Johnson-Brandon are preparing the former Jumpin’ J’s Java space at 2306 Jefferson Ave. for an upscale dining spot, Johnson’s Southern Comfort, which is set to open in early 2012.

“When I saw that letter J in the sidewalk,” DéAndre says of Jumpin’s monogram embedded in the threshold, “that sealed the deal. We want to make Church Hill the epicenter of fine dining in Richmond, and I’m doing this for my customers.” The couple also operates O.M.G. Café & Lounge a few blocks south at 412 N. 25th St., and opened its adjacent dining room, a 20-seat lounge called Jazz, last weekend.

“I’m always in my kitchen working on new desserts and dishes,” Johnson-Brandon says, such as a chocolate cake with peanut butter filling called the funny bone, and classics culled from his family’s Brooklyn restaurant background. Chicken and waffles, fish, bologna burgers and rich desserts attract a diverse following, and the owners take pride in learning customers’ names and preferences.

At Johnson’s Southern Comfort, tables, wine racks and a long bar are being crafted by carpenter Sherman Pleasant, known for eye-catching work at all three Croaker’s Spot restaurants, including a large new one in Petersburg. When the Church Hill restaurant is ready, Johnson’s will offer “a bigger menu, more soups and salads, and a large array of Virginia wines,” the co-owner says, and O.M.G. will change to a breakfast and lunch format. For now, the cafe is open daily until 10 p.m. or later, except on Sundays when it serves from 11 a.m.-5 p.m. 269-0531.

Ejay Rin, the Manchester noodle bar that opened four months ago, closed last weekend. Chefs Bill Foster and Andy Howell agreed they weren’t meeting goals despite attempts to lure customers with deals such as cheap bastard night. Howell is changing concepts for the space and will be serving a different menu at the newly named Camden’s at the Dogtown Lounge. More details are coming as Howell develops the concept. 201 W. Seventh St. 745-6488.