Keevil's latest is the fun uncle. 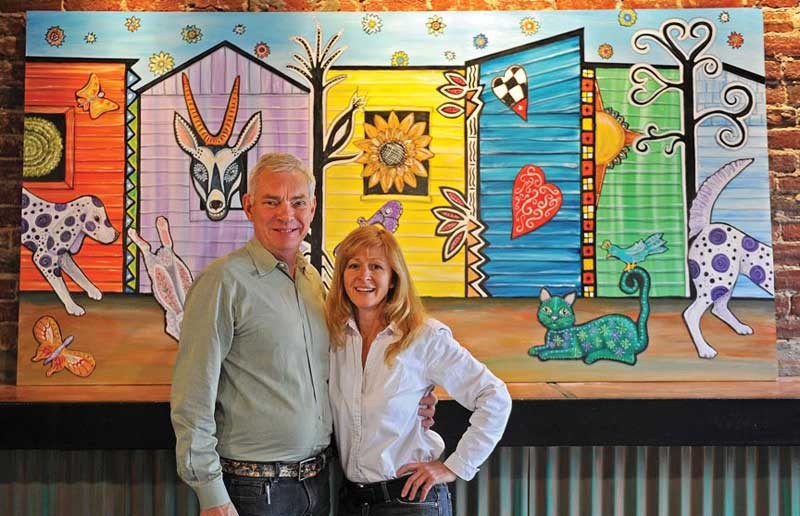 Paul Keevil is at it again, creating another character in the convoluted fable that is Richmond’s restaurant scene. His long-running Millie’s Diner and its younger sibling, LuLu’s, are getting a little brother — or actually, an uncle, next month as Keevil unveils a Mexican cafe called Tío Pablo in Shockoe Bottom.

Tío Pablo, a variation of Uncle Paul, has the usual Keevil trademarks — punched-up food from kitchen veterans, a lively, music-rich atmosphere and a strong identity. It’s coming together in the former PapaNingo space, which was briefly Boom Boom Burgers, at 1703 E. Franklin St. Keevil’s bride, Linda Lauby, is busy painting murals inside the cozy 50-seater, where Keevil is “resurfacing with our little vision — maybe it’s Carlos Castaneda goes to the desert, something no-holds-barred,” with mystical animals and a festival of flavors. “There will be a lot to look at inside, and the food will be authentic Mexican,” with roasted meats and peppers, house-made tortillas and salsas, fresh juices and tequilas on a changing menu with no American food in sight.

Keevil’s optimism includes his refusal to let ongoing problems in Shockoe Bottom derail legitimate, food-based businesses there. “That’s one of the reasons I’m doing it,” he says, “to attract a wide range of clientele, a cross-section of the neighborhood and the town, where everyone is welcome, and where it’s going to be delicious.” He’s seen better times in the restaurant business — “we’ve all been impacted by the homicides, and I think the tipping point has come” — though it’s not clear whether clubs will close as pressure increases. Keevil could be playing guitar or slowing down these days but says the buzz of opening a new place is irresistible. “Oh God yeah, you do it because it’s right. I’ve got the big hurry-up right now.”

Closed in Chesterfield: A sign on the door at Kebab Grille near Chesterfield Towne Center says the business is closed and that the restaurant may move; reader Suzanne Jenkins says the loss of the independent cafe is a disappointment for the area.